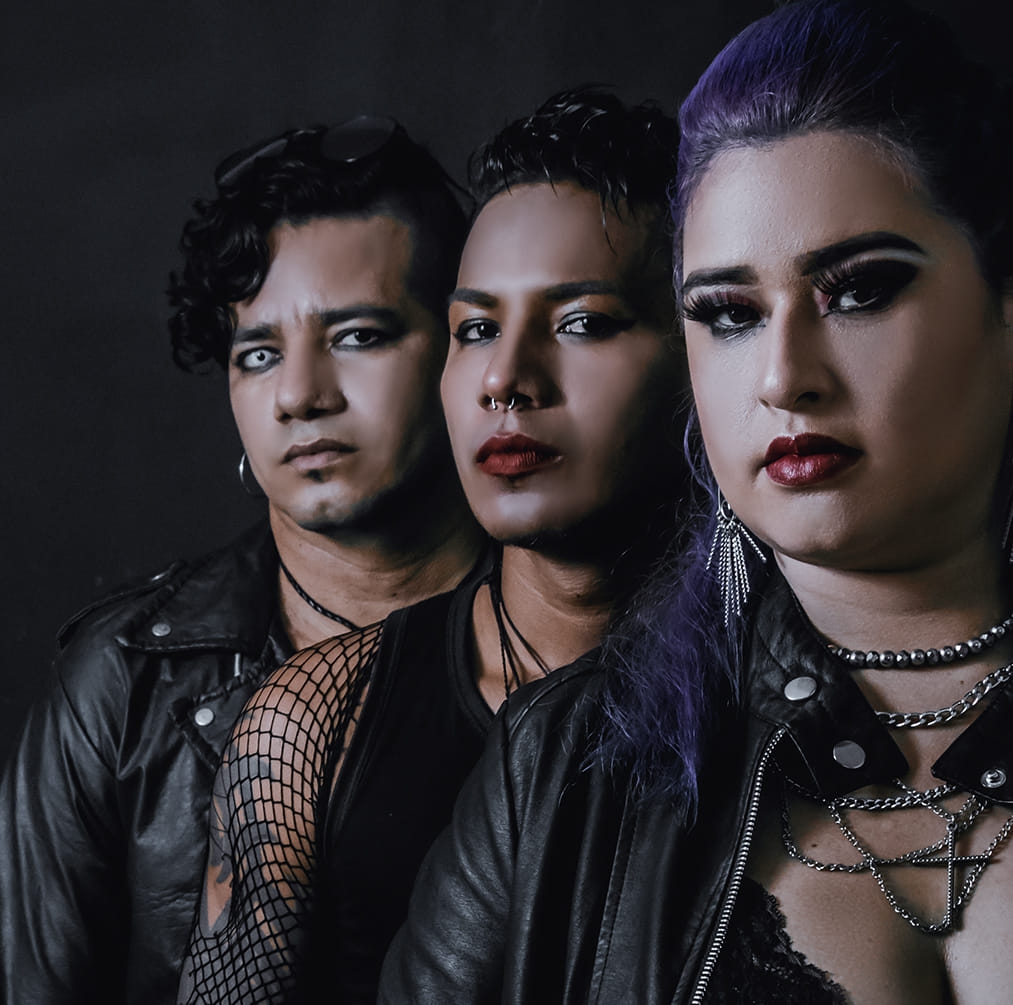 We made up for missing essentially all of Hapax’s brief Cold Waves set by checking them out along with tourmates The Foreign Resort this past weekend, and there’s a certain itch that only pure, undiluted goth rock can scratch. We’re getting excellent live representation of at least two of our other favourite genres when Minuit Machine and Front 242 head through Vancouver in the coming few weeks. This many European acts coming all the way to the PNW doesn’t happen very often, and we’re happy to be able to take advantage of this rare occurrence.

A Projection, “Anywhere”
We are very excited for the forthcoming LP from Sweden’s A Projection, a project who was on our radar but never totally clicked with us until the release of their addictive single “Darwin’s Eden” last year. Since then it’s been one super catchy single after another, with the most recent being “Anywhere”, a slower but no less hooky slice of new wave inflected darkwave. In a Different Light drops in November, and we’ll definitely be giving it a close look when it does.

Randolph & Mortimer, “What Are You?”
A new Randolph & Mortimer release has long since been an automatic purchase for us at ID:UD, and we hope that after the band’s fantastic showing at Terminus that’s now the case for a few more North American listeners. The overdriven and heavily distorted programming on this new single proves to be surprisingly conducive to some great builds. Check out the trippy and hypnotic Acidic Male remix while you’re at it. Also worth mentioning that ’til Thursday, all proceeds “will be donated to IDAS, a domestic violence/abuse charity based in the North of England”.

Silver Walks, “Silence the Dark (Chris Vrenna Remix)”
Philly industrialists Silver Walks (aka Daniel McCullough) put out a quite good LP this year in the form of Various Positions, with good songwriting bolstered by some excellent vocal performances and production. The remix single for “Eyes of Caligula” speaks to those latter qualities well, as “Silence the Dark”‘s spooky Stella Soleil-led presence is given a pretty compelling industrial/orchestral redesign by none other than Chris Vrenna, a producer and sound designer who needs no introduction, but even if they did, whose work would speak for itself. Absolutely killer mix, grab the release to get some versions from Klack, Choke Chain and Caustic as well!

Mollbury Medical Research Centre, “Temporary Amnesia”
We were pleasantly taken with the debut of Scottish project Mollbury Medical Research Centre earlier this year. A dedication to drones and the uncanny was balanced with varied and well-considered sound design and arrangements, yielding a nice range of moods and sounds. At a quick pass, second release The G4 Project looks to be carrying that forward, with minimal yet malleable tracks like this one.

Misfortune Deep, “Êxtase”
We’ve been talking up the wave of body music coming from South America for a while, but the continent’s longstanding talents for darkwave haven’t been slacking off in the meantime. Check out this bouncing, melodic number from Brazil’s Misfortune Deep, which brings plenty of classic synthpop and coldwave charm while also making some interesting left-field choices in arrangement.

Soft Crash, “Your Last Everything feat. Marie Davidson (Soft Crash Angel)”
Soft Crash is the collaborative project of BITE founder and body music impressario Phase Fatale and producer of the year candidate Pablo Bozzi, a tag-team of pretty substantial power in 2022. While we dig the breaksy feel of the other preview track “Artificial Tears” we’ve heard from Your Last Everything, it’s this collab with half of Essaie Pas and Ninja Tune recording artist Marie Davidson that has us hype; located somewhere between a 90s electronica and a modern take on body music, it’s a track that evokes the neon wireframe vistas of the ‘net and the rain-soaked streets of the city at night in equal measure.