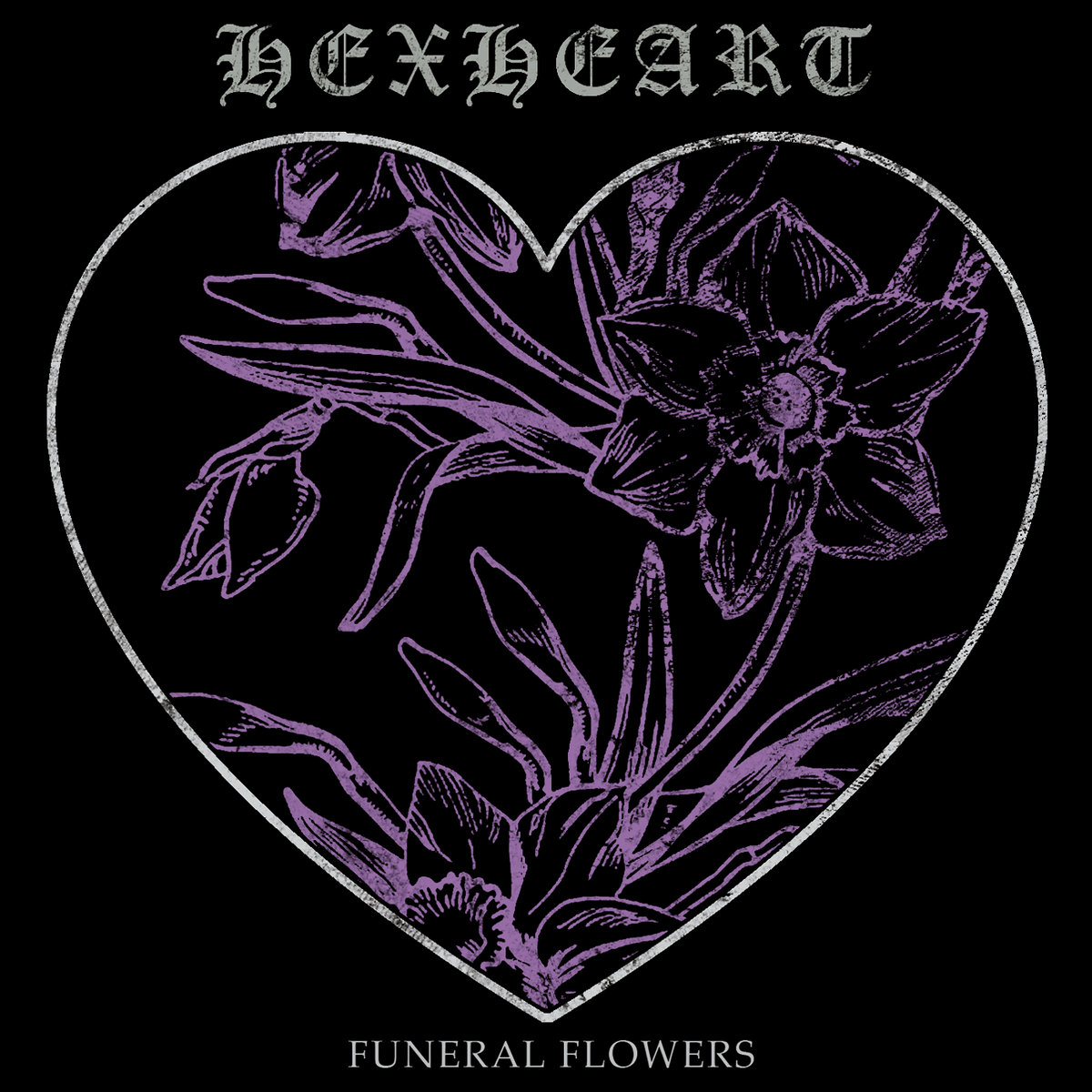 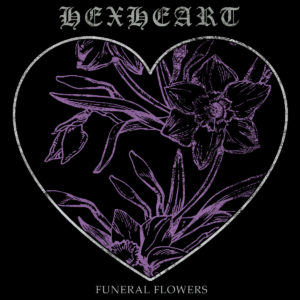 Hexheart is the electropop and darkwave side-project of God Module’s Jasyn Bangert, although new album Funeral Flowers favours the former genre throughout. Unlike the project’s 2017 debut LP Midnight on a Moonless Night where Bangert seemed to be struggling to find a balance between the darker electro-industrial sound that has largely defined his several decades of musical output and the lighter remit of Hexheart, he sounds comfortable and confident here, producing and performing a surprisingly fun and fast moving collection of songs.

One facet of Funeral Flowers’s success must be attributed to Bangert’s ear for simple, direct musical execution; his approach to programming and production on contemporary God Module material puts hooks and leads at the forefront, and pares away excessive filigree in favour of general atmosphere, an approach you can here reflected in his Hexheart efforts. Opener “Erase Yesterday” leverages uptempo minor key synth patterns and some tastefully applied guitar to create a melancholic but still buoyant mood, each element circling back to the song’s melody. Single “Funeral Party”, “RED” and “Psychic Friends” all do the same thing with some variations in tempo and arrangement, similar but lively enough to keep from getting mired by repetition.

It’s also worth acknowledging that Bangert’s vocals gives the record a specific and distinct flavour. Vocal processing is obviously nothing new to him, but the choice to use vocodering, some tasteful auto-tune and a healthy dollop of shimmer is pretty different from his goblin-style aggrotech delivery in God Module. It’s a choice that is both pragmatic and fits the feel of the record; while distinctive, Bangert’s range as a vocalist is limited, so having effects that read as classically synthpop are appropriate and add to the overall dreaminess of the goings on. In the promo material for the record Jasyn makes a point of noting that this album comes from a place of personal growth and inspiration, and you can hear it in how he performs the yearning chorus of “See in the Dark”, or the wounded “OV ME”, the closest he comes to contemporary God Module without losing what has made Hexheart its own quantity.

If the album has a weakness, it’s that no individual track necessarily stands out from the rest in terms of memorability or distinctiveness; the unity of the production and a lot of similar melodic ideas allow the album’s edges to blur together. That whole ends up being a pleasant listen though, one that enjoys both the feel-good highs of electropop, and its wistful relatability. Funeral Flowers is a fine effort from a producer and performer stretching creatively to reach a new, resonant place in his work.