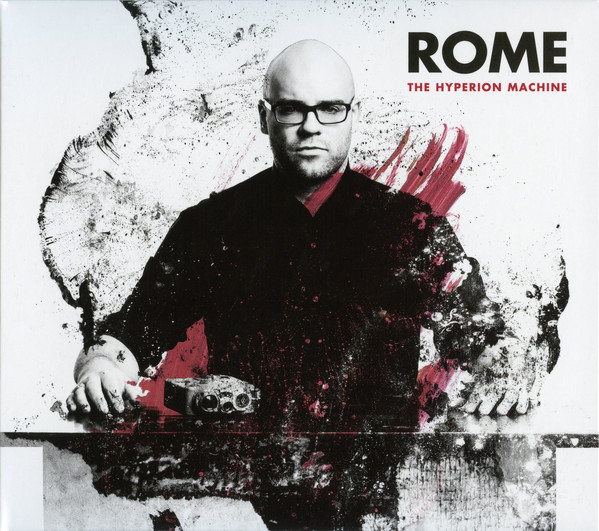 For those of you just joining us, In Conversation is a feature where the Senior Staff discusses a new or classic release. It’s a nice informal (and sometimes pretty freeform) way we sometimes like to approach an album we have a lot of things to say about, such as this new release from one of this website’s perennial topics of conversation… 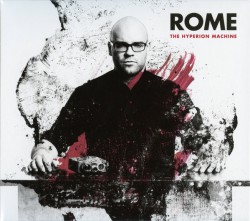 Bruce: If you’ll forgive an extended metaphor, as whisky matures in casks, it doesn’t just grow “better”. The elements and tastes which might have been sharp or brash in the spirit’s youth remain, but are overlaid with subtler flavours not initially apparent. Someone familiar with these early notes will still be able to detect them, but those unfamiliar may simply be overwhelmed by the apparent richness or smoothness of delivery. Eleven full lengths in and surely closing in on a couple hundred published songs, Jerome Reuter’s music has unquestioningly changed since his earliest work. But apart from the odd detour like Hell Money, those changes aren’t abrupt right turns or breaks from tradition, but changes of layering and nuance. The core elements of Rome’s earliest work, musical and lyrical, remain in new album The Hyperion Machine, but now feel so fully integrated with each other that I’m somewhat at a loss to imagine how someone who hasn’t spent the last decade listening to Reuter would approach this record. Before we get into specific songs (and there are some doozies), I want to get your sense of the holistic sound of The Hyperion Machine. Of course, dedicated fans will find plenty of the strident, martially-minded neo-folk and soundscapes which first drew us in, but this record has such a smooth, dare I say “rock” at times delivery that I wonder how it might sound to those just arriving.

Alex: Well I think that Rome is as a rule easy for most folks to “get”, in that Jerome Reuter is a crack songwriter, and has been putting out songs that fit easily into most people’s definition of rock music since Flowers From Exile at least. I feel like one of Jerome’s greatest strengths is being able to marry these heady, conceptual records about the history of the 20th century and the cost of revolution to hooky, songs in a folk tradition, and this isn’t so different. I’m unsure if this is his most immediately accessible album for non-initiates, but I can definitely hear what you’re saying when it comes to sounding more like a “rock” record, especially in how it uses drums in some of the arrangements.

It’s funny that you bring up Hell Money as being a diversion within the Rome catalogue, because it’s the album that kept coming to mind when I was listening to this one. Not because they’re super similar (in fact the contrast between the chaos and darkness of the former and the collected confidence of the latter is pretty notable), but because they’re both the sort of record you get to make when you’ve built up a kind of equity with your audience, a mutual investment in Rome as an entity. With Hell Money you got an unflinching look into Jerome’s state of mind with regards to his own work and motivations, whereas with The Hyperion Machine I think you’re getting drawn into his reinvention of the project for a new chapter of its existence. Those things are only discernible and impactful because we care about this band and have put some of ourselves into it as an audience. I think there’s a real interesting tension between it being one of his easiest albums to just throw on, and also being one that rewards his devotees by inviting them into a new experience.

Bruce: Definitely. I think the subtleties of the lyrics are one area where that balance is especially struck. I mean, I feel as though I could throw first full track “Celine In Jerusalem” on the car stereo on a road trip and folks would take its mixture of mythic imagery and personal relationships in stride, maybe thinking of Nick Cave’s poetics, but the title, challenging the infamous antisemitism of one of European modernism’s most galvanizing figures, is pure Reuter. Hell, I’d take the lyrics of “The Alabanda Breviary” to be of Hell Money‘s confessional, unburdening ilk if the title didn’t have me speculating about the schism between the Orthodox and Catholic churches. Forget the Spanish Civil War, now he has us looking into failures to unify Europe which predate Copernicus!

Both of those tracks are also marked by a really clear and stark instrumentation which rides through much of the album. You have vocals, forthright acoustic guitars, and drums, with some bass and the odd string or keyboard passage taking the backseat for almost the entirety of the album. Normally I’m a big fan of the baroque arrangements Jerome will bust out on big ballads, but I found the stripped down approach to work out really well here, as on highlight “Cities Of Asylum”. Even when there are signs of a bit more studio tinkering, like on “Stillwell”, the mournful vocal melodies stay up front (there shared with no less of a cult figure than Joakim Thåström of Ebba Grön and Peace, Love & Pitbulls). I know that “Cities Of Asylum” immediately leaped out at both of us as a highlight. When my partner asked what I was singing in the kitchen she was shocked when I said “a new Rome track”; hadn’t I just said I was going to listen to the new album for the first time less than an hour ago? Why do you think that track works so well and how does it fit into the larger picture of The Hyperion Machine?

Alex: Pure songcraft, I think. The arrangement is really sublime in that way where you can hear an artist directly in their own wheelhouse, someone who understands how to make their song land squarely. It’s in the way that the intro starts with just acoustic guitar and drumsticks, slowly integrating a tiny bit of electric bass before bursting into that huge chorus. It’s the basic formula for the whole song, but with each repetition it feels more poignant, especially as it strips back down to the sticks and guitar before building to that last chorus with Jerome providing his own backup vocals…actual chills the first time I heard it. Leaving aside any considerations of genre it’s just a killer good song. I feel a bit dopey trying to extrapolate a read of the whole album from it, although I do think it was a conscious choice to place it in the middle of the record. I also think placing “Skirmishes for Diotima” right afterwards is really meaningful, invoking as it does an idea of love via philosophy that dates back to antiquity. Where “Cities of Asylum” plays out as lusty and alive, “Diotima” is measured and mournful, a personal examination filtered through some much bigger and older ideas.

I can’t put my finger on it, but there’s some larger idea being alluded to on The Hyperion Machine that I haven’t been able to parse. That’s a significant part of its appeal actually, especially where Reuter is known for making these really literal records about specific historical events. I just spent the better part of an hour trying to tease out what it means to invoke both Céline and Todesfuge author Paul Celan on the same record, placing the former in Jerusalem and the latter in “The Secret Germany”. Coincidence is never an adequate explanation when it comes to figuring out Reuter’s work, but I’m still awash in ideas without any real map to figuring out what he’s getting at. Is the album title an allusion to a return to first principles? Are the dueling themes of modern and ancient poetry and philosophy more deeply connected than simple juxtaposition? I have no idea, but damn if I’m not totally drawn into trying suss it all out.

Bruce: Yeah, I’ll cop to being at something of a loss as far as overarching concepts or frameworks are concerned. I’m getting recurring themes of division or divorce after some conflict on some songs, but then on “Transference” you get this metaphysical or almost alchemical analysis of the bonds within the body politic. To go back to my whisky analogy (my suggested pairing for the record is Bowmore 18, by the way), I feel like we’re both trying to pin down the more subtle tones that have emerged in the spaces between – or perhaps as a result of the crossing of – Reuter’s constant themes of war, duty, remorse, and the struggle for freedom, all of which are still certainly here. But because he’s not perhaps being as overt this time, long-timers like ourselves are compelled to find out what’s happening beneath the surface, but may end up missing some larger unity which newcomers might catch.

Well, all the speculation about themes certainly doesn’t have to end today; it’ll be nice to check this album in a year and see how it seems to extend from or blend with the larger discography. Right now I’m interested in how “Adamas” is on the one hand a total throwback to the earliest Rome work, its murky atmosphere, military samples, and low vocals sound straight out of Nera, but the soft, airy guitar lines and the wistful rhapsody Reuter’s vocals go into in the song’s second half seem like a wholly new gambit. Again, like you said: songcraft. I might be way off base here, but the smoothness and beauty of so many of these tunes makes me wonder if Reuter’s instincts have been honed to the point of being able to pull off an engaging and immediate album like this with relative ease at this point in his career (I might just be mistaking product for process). Final thoughts on how this vintage of Rome relates to the larger corpus?

Alex: One of the most engaging things about the Rome discography is how it shifts focus depending on the angle you look at it from, and how Reuter’s output at any given moment reflects back through what we’ve already absorbed. Like I mentioned earlier, this one made me go back and check in on Hell Money, with a quick side trip to visit Confessions D’Un Voleur D’Ames, and a few selected songs from Flowers From Exile to boot. What light might the next album, or the one after that might shine on The Hyperion Machine in the fullness of time? If I was to guess, I’d say that this will be an easy marker in the discography, but who knows where Jerome might be taking Rome in the years to come? I guess that does sort of make it a microcosm of Rome’s appeal: nothing is pat and everything is not only open to interpretation, but commands it. Great record.