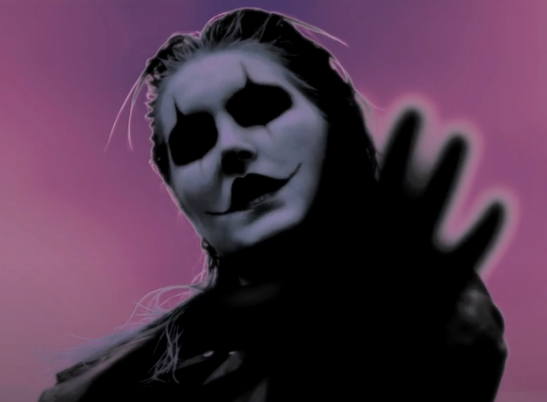 Not gonna lie, it sucked getting those leftover phone notifications about our (cancelled) flights to Calgary for what would have been Terminus weekend. We have a couple of shows we’re keeping our fingers crossed for on the horizon (Sparks and Gary Numan) to tide us over, but having to go a full three years without a proper installment of Industrial Summer Camp has been rough. But even without festivals, there’s still plenty of new tunes to check out while we keep waiting…

Black Dahlia, “Semantic Satiation”
It’s been a lot of fun to hear Australian producer Black Dahlia push deeper into industrial territory with each release. While a lot of her earlier singles and EPs might have fit easily into the industrial/techno rubrick, recent releases have shown a penchant for dark electro and in the case of the oven-fresh “Semantic Situations” classic post-industrial with maybe a pinch of coldwave. This is absolutely the sort of thing we’re always gonna be on the lookout for, and happy to have served to us by someone whose work we were already checking for.

Ex-Hyena, “Capture The Stills”
Some interesting and evocative shades from Boston’s Ex-Hyena on their new single. Despite its slinky lope, “Capture The Stills” never lets you get comfortable in the groove, peppering in smoothly sculpted but disquieting programming and percussive tics. We often talk about the lush atmospheres of darkwave, but here you can see how familiar and commonly welcoming darkwave dancefloor sounds can be given an uncanny and alienating edge.

Spike Hellis, “Mouth”
Mutant EBM contenders Spike Hellis have kept the anticipation high for their soon-to-be-release debut (due April 1) with the release of “Mouth”, a real contrast with the previously released “Slices”. Where that track was straight out of the MBM handbook, all rubbery bass and rhythmic vocal samples, this new ones works a slow build of just bass and ticking percussion, with vocal trade-offs showing a more sly and alluring side of the band than we’ve yet encountered in the wild. One of the year’s most anticipated for a reason!

Null Cell, “Are You Down Yet?”
Sandwiched between a KMFDM cover and a Chrome Corpse remix, this number from the new EP by Nebraska’s Null Cell speaks to their everything and the kitchen sink approach to post-industrial. Nominally an industrial rock outfit, you can hear how Null Cell’s love for anything and everything Wax Trax has them cramming in all manner of spastic day-glo fun into a number like this, and most importantly preserving the funk that was so important to that style.

BlakLight, “Into The Void (Cold Mix)”
LA duo BlakLight have a solid bit of synthpop on their hands with their new single. You can hear a healthy bit of contemporary electropop as well as the long tail of futurepop in this number, but for all of its slick production this number’s carried by the vocals and straightforward synth melody. Interesting to hear this coming by way of Cali, as stuff of this sort has been almost exclusively a European commodity for the past decade.

Ritualz, “Nadir”
Hot on the heels of Disintegration, released a scant two weeks ago comes Nadir another new EP from Mexican project Ritualz. You know the talking points by now: witch house original who has been making music that cleaves closer to darkwave and industrial for the last half decade or so. In contrast to the moodier tracks of the last EP, “Nadir” has an industrial-rock feel in the chorus and structure, with JC Lobo working his vocals with more gusto and confidence than ever before.