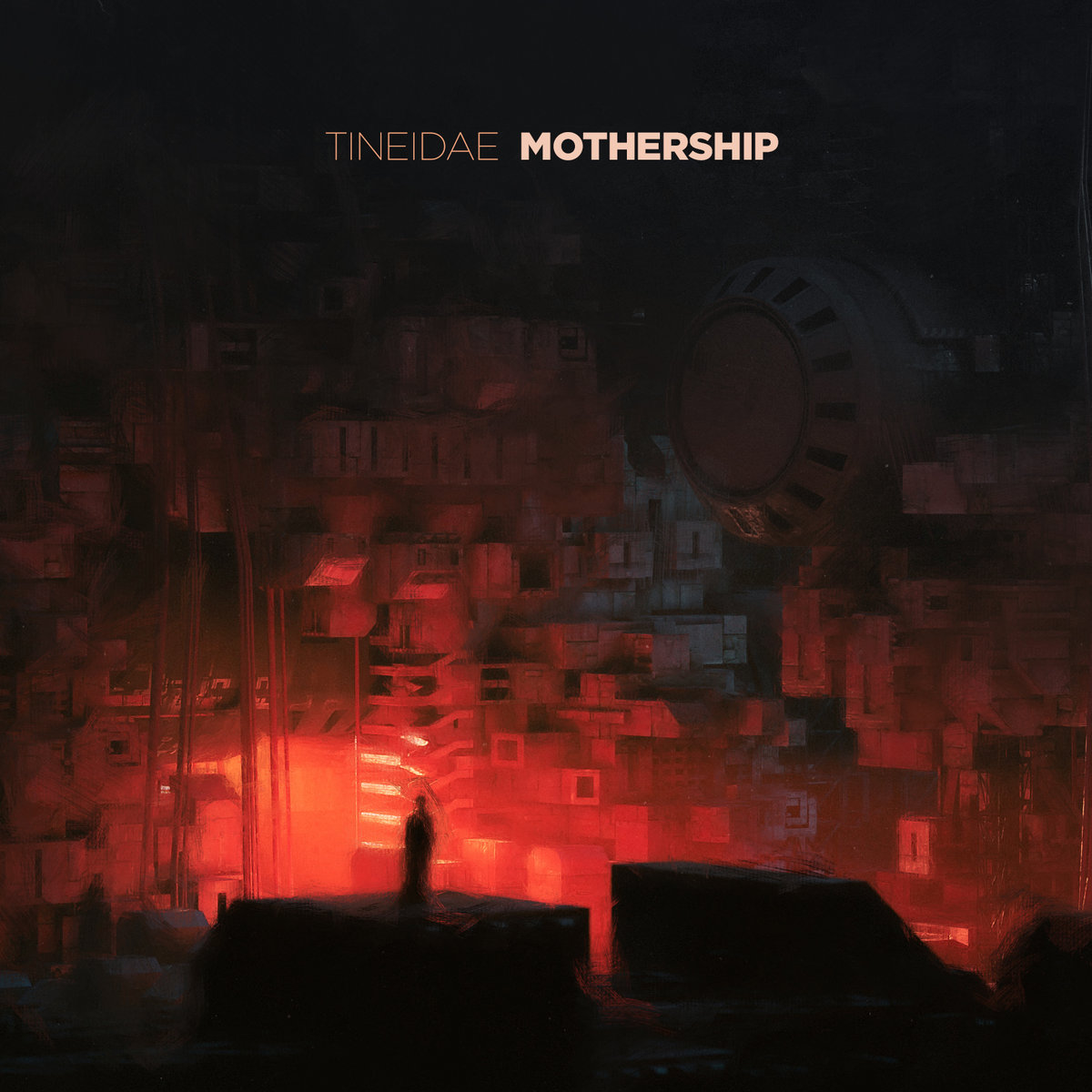 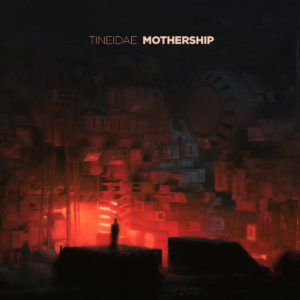 It’s been a decade since Ukrainian producer Pavlo Storonsky debuted his Tineidae project with 2012’s Lights, a technoid LP which we enjoyed upon its release for its ‘soft, spacey aesthetic’. Ten years on that phrase seems especially telling, as what was initially a loose mood and atmosphere connoted by the project has become its driving focus. Functioning as a direct sequel to 2020’s EXO, new LP Mothership cements Tineidae’s current incarnation as a space-themed ambient endeavour, while also presenting a more lithely melodic version of that project.

Befitting its theme of taking up a life-long position on the grand titular vessel (personally I kept envisioning the strange and perpetually travelling ship from The Urth Of The New Sun), deep and spacey washes of ambient sound and shimmering melodies and harmonies make up the majority of Mothership‘s sound. The drawn-out attack of the pads on opening track “Mothership Calls” not only bring Vangelis to mind, but the larger notion of soundtracking itself. It’s something of an exercise in hair-splitting, but Mothership differs from EXO in that the former feels much more indebted to scoring traditions than the latter with its proximity to dark ambient. Sure, both styles of composition place a premium on mood, but just about all of Mothership‘s pieces keep clear and relatively swiftly moving melodies up front, and the sharp enough differences in instrumentation from track to track suggest a series of dynamic scenes and individual locations, rather than the steady and sustained drifts of pure dark ambient.

Then there’s the fact that in comparison to EXO‘s explorations of derelict spacecraft, things sound relatively lively on the Mothership, from the Tangerine Dream permutations of “Behind The Seal” to the ‘just beneath the surface’ threatening pulse of “Biolab” to the distortion-dusted arpeggios of the intriguingly titled “Artificer’s Quarters”. While there are a few explicitly doomy and grinding tracks like “Commtower” and “Reactor” which respectively point to the project’s glitchier roots and Storonsky’s clear interest in dark ambient in general, in general the ship is rife with activity.

Storonsky’s love for the theme for which he’s pressed Tineidae into service was palpable on EXO, and bubbles over here. Mothership delivers on the scope and grandeur which its concept and imagery demand, but never becomes portentious or overlong; an evocative and varied rendering of the cosmic sublime.