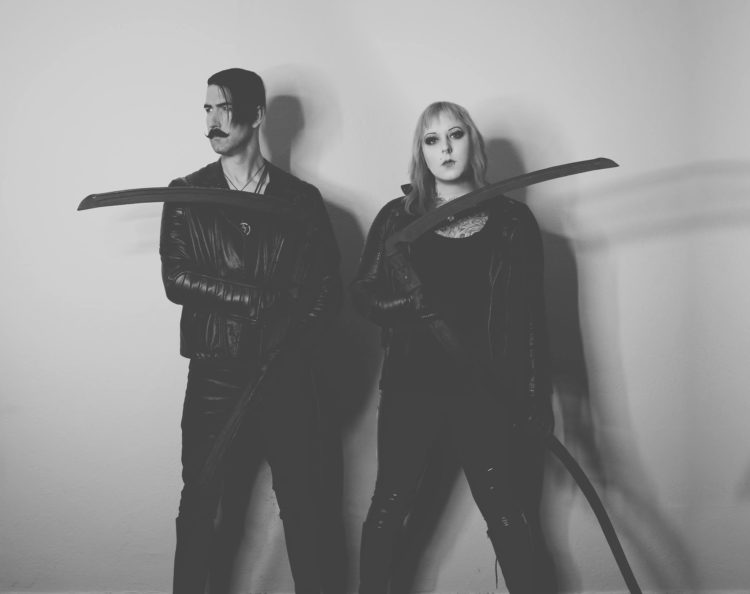 Last Tracks post of the year, and what with Bandcamp Friday having just passed it’ll be a good ‘un. If you’re unfamiliar with how we do things around here, the Senior Staff likes to take a two week break around the Holidays, so our year end posts, including the traditional ‘Friends of’ and Top 25 will be dropping next week. Don’t mind saying putting together the rankings was tough this year, and that our shortlists were longer than at any other time in our ten year history. Make sure to tune into the podcast this week when we go over a bunch of records from 2021 we won’t have time to review before our break! Thanks as always for reading, now onto the music!

HAEX, reaping what has been sewed

HAEX, “Cursebreaker”
HAEX’s debut album is dropping December 18th, a flash release date considering its lengthy gestation. We aren’t complaining though; we’ve been waiting on this for a while, and having seen Adam Erebus and Sarah Elizabeth Graves perform songs from it on a bunch of occasions, we have no doubt it’s gonna be hot fire. If you’re not familiar, HAEX make grinding, hard-textured industrial, with Graves’ tight guitar tone and riffs being a particular highlight. Crank it up and face the possibility this one might fuck up your year end list.

Rosegarden Funeral Party, “Polaroid”
2021 still has plenty of rounds left in the chamber, as evidenced by the new LP from Dallas’ Rosegarden Funeral Party. Their brisk and direct take on classic goth rock sounds has earned them plenty of play around the ID:UD HQ, and we’re looking forward to digging into In The Wake Of The Fire more completely. If you’re new to the band and have never pondered how a band seemingly as equally indebted to Heart as Inkubus Sukkubus might sound, well, jump on…

In The Nursery, “”H43 Ektachrome (The Animator)”
We’ve been keeping up with In The Nursery’s strong archival/reissue game of late, but the band certainly hasn’t been slacking in terms of new material, either in the form of their noted soundtracking work, or in original ITN releases. The forthcoming Humberstone LP looks to dive into Nigel & Klive’s titular family history. First sample “H43 Ektachrome (The Animator)” is likely closer to Portishead or even Esthero than anything we’ve ever posted on these pages, and definitely marks the first time we’ve had a connection to Herb Alpert in the promo copy (“imagine home cinema in the ’70s accompanied by your father’s choice record collection”).

Null Device, “Let You In (Null Device Club Edit”
Big week for Eric Oehler with the release of his new Edgecase Development Project EP, and this new remix single for his main outlet Null Device. ND has been a going concern for a long time in the mid-west, combining sweet modern synthpop with elegant vocals and instrumentation, but as Eric has demonstrated in his work in Klack, the dancefloor isn’t foreign territory for him as a producer. Take this new version of “Let You In”, easy to slide this one into a set of darkwave or mid-tempo synthpop alike, with no sacrifice of the track’s delicate vocal and violin parts.

Sturm Café, “Fernes Land (Chrome Corpse Remix)”
One of our favourite throwback EBM bands remixing one of the others? Yep, and Chrome Corpse’s reworking of the title track from Sturm Café’s excellent LP from earlier this year delivers in exactly the way you’d hope it would: sample-chopping abounds, and plenty of toms and programming add light and colour while retaining the solid, driving melody of the original. One of four mixes available on SC’s new Fernes Land (1987) EP.

Kibble, “Judith, Meet Me at Applebees”
You may recall a few months back when we noted Seeming’s Alex Reed working as Kibble had dropped a track called “Gothic Yard Sale”, an ode to all the crap goths of a certain age accumulate, and their unwillingness to part with it. Well brace yourself because there’s a whole album now, and god damn if it isn’t as damnably catchy and giggle inducing as you would expect. The secret of the material isn’t just that it’s funny – and make no mistake, “Hey Hey Kitty (I’m Petting a Dog)” and “What Time is It?” had us in stitches – it’s that Reed is so good at writing a ditty that whether it’s just him and a piano or doing a full synthpop song arrangement as with “Judith, Meet Me at Applebees” you’ll be humming along after the first listen. 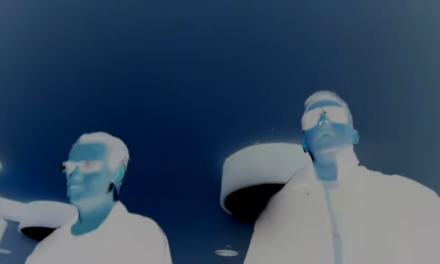 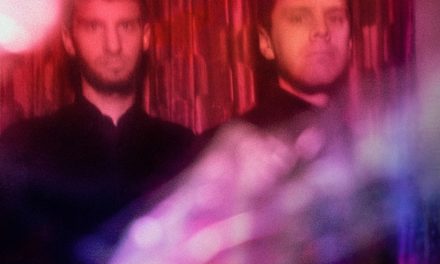 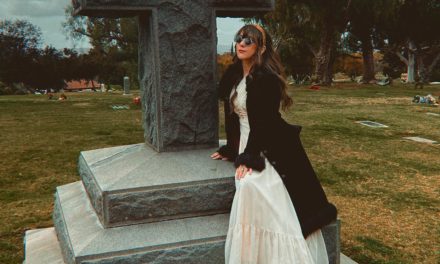