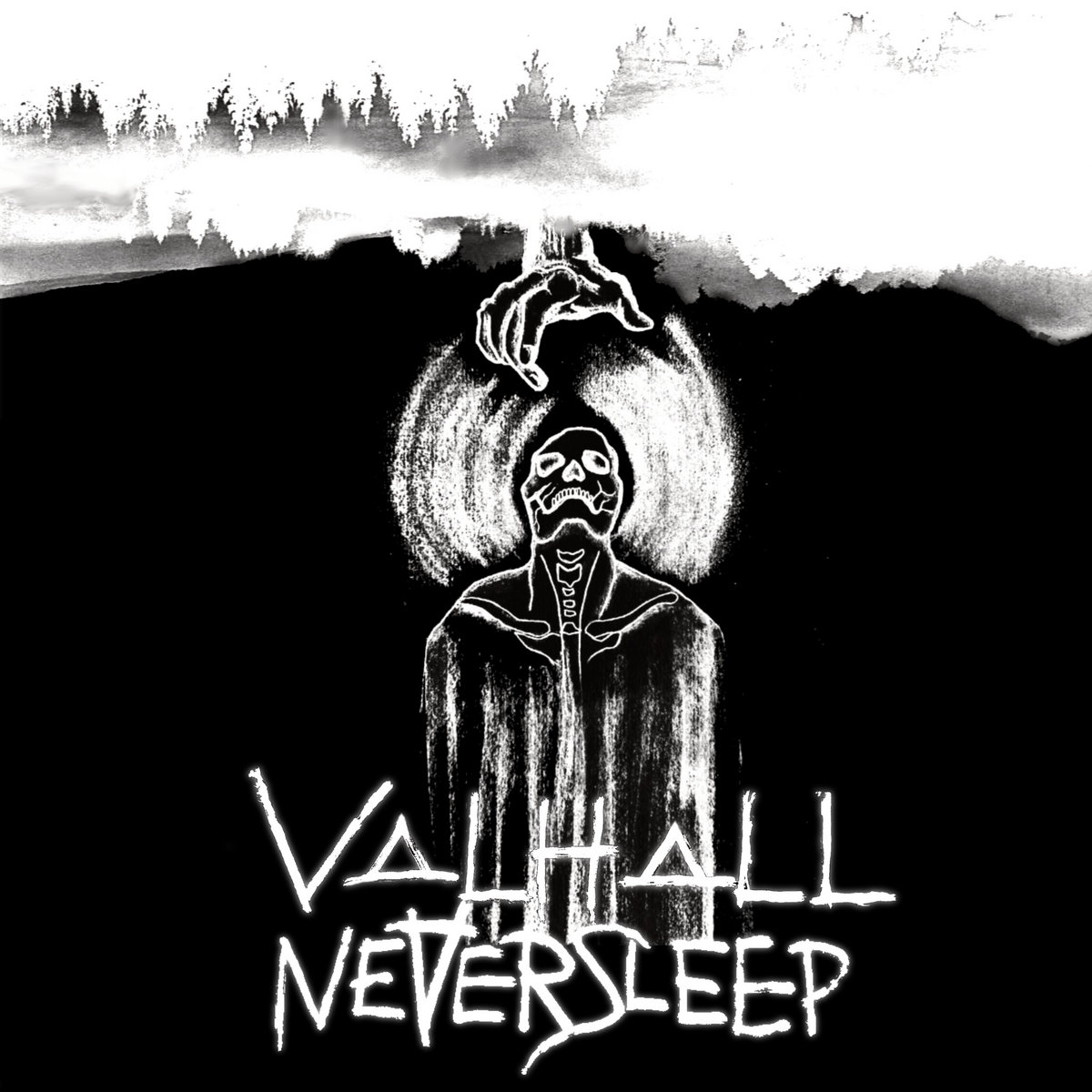 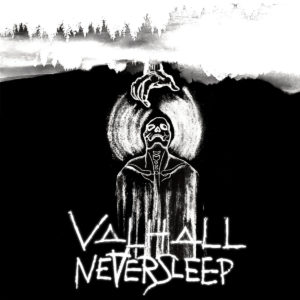 Sweden’s V▲LH▲LL have now existed for an exponentially longer period of time than the original witch house explosion from which they drew inspiration. The further we get from the Summer of Salem, the more the trap beats and giant, scraping and doomy pads around which the duo built their early tracks get cooked down to be just one flavour in an increasingly aromatic stew of darkwave and synthpop elements. More than any of its predecessors, Neversleep hones in on that latter sound, and even liberally borrows from broader contemporary pop sounds.

Opening track “Eversleep” has the grandiose, orchestral arrangements of squelches and detuned strings that longtime listeners have come to expect from the group, but there’s a whiff of something smoother in the vocals – as if they’re being drawn into our universe from a parallel one’s radio waves, the gloss and hi-def production still detectable despite bombardment by cosmic rays. Similarly, at its core “Down By The Gallows” is a classic (and rather minimal) electropop tune which just happens to have been left out in the elements of Kilsbergen forest for a winter. That’s not to say that the band’s use of more polished sounds always carries them in a softer or peppier direction – the submerged drones and lilting harmonies of “Plague Ship” are half classically-influenced darkwave, half mid-period :wumpscut:.

That opening up of sound has allowed the band to convey a broader range of moods, to boot. As much as we like to continue to crack wise about V▲LH▲LL being Swedish Mystery Vikings, it’s impossible to even feign a practiced austerity or severity in relation to the band when Neversleep feels so homey, organic, and downright personable at times. While the vocals and thematics of a track like “For The Crows” match with the ice-blasted, desolate landscapes and mythological undead V▲LH▲LL used to keep their focus limited to, there’s a warmth and bounce to the clockwork programming pushing the track along. And trust me, when a band names their record’s last track “Detention At Miskatonic” they’re up for a good time (I hear the titular university has a killer swim team but a hopelessly out of date library).

V▲LH▲LL have long since been more than the sum of their genre influences. While Neversleep adds a couple more arrows to their ancient and weathered quiver, they remain true to their original aims and purposes. If they seem a bit cozier and more affable here, well, it’s just because we’ve gotten to know them better over the years. Recommended.