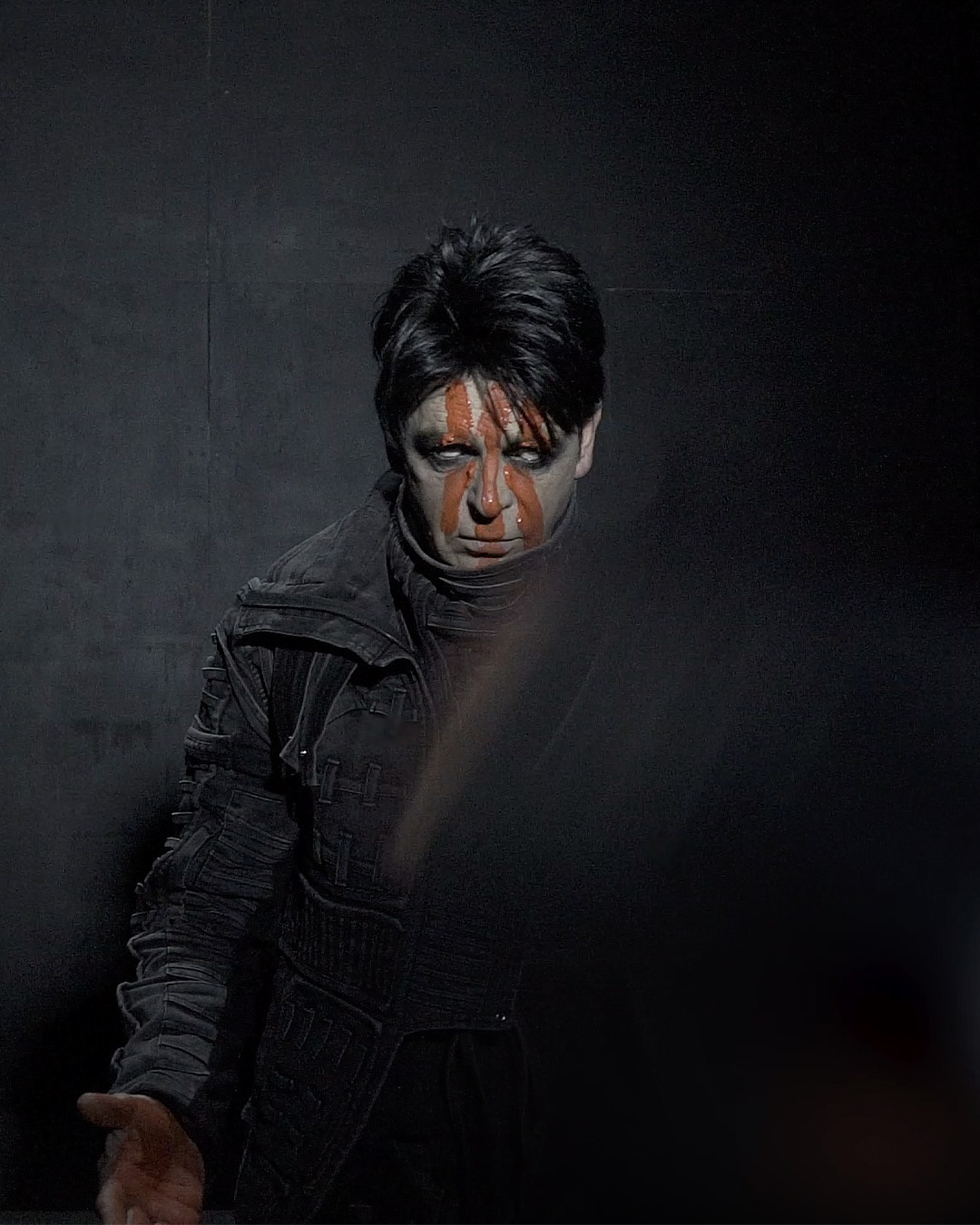 People seem to have been pleased with Vision Thing as the selection for this month’s We Have A Commentary podcast, which is great to see. A band as massive as The Sisters isn’t one we’d generally tackle for a WHaC, which is why we thought a record like Vision Thing with a slightly more…complex legacy than that of First And Last And Always and Floodland might be interesting. As much as we tend to avoid writing wholly negative reviews on the site just for our own well-being, we don’t necessarily want to spend all of our commentary podcasts retreading universally beloved classics whose legacy and merits are already well-understood and discussed. What album will we have in our sights next month? Who knows, but for now we’ve got six fresh tracks to start the week off. 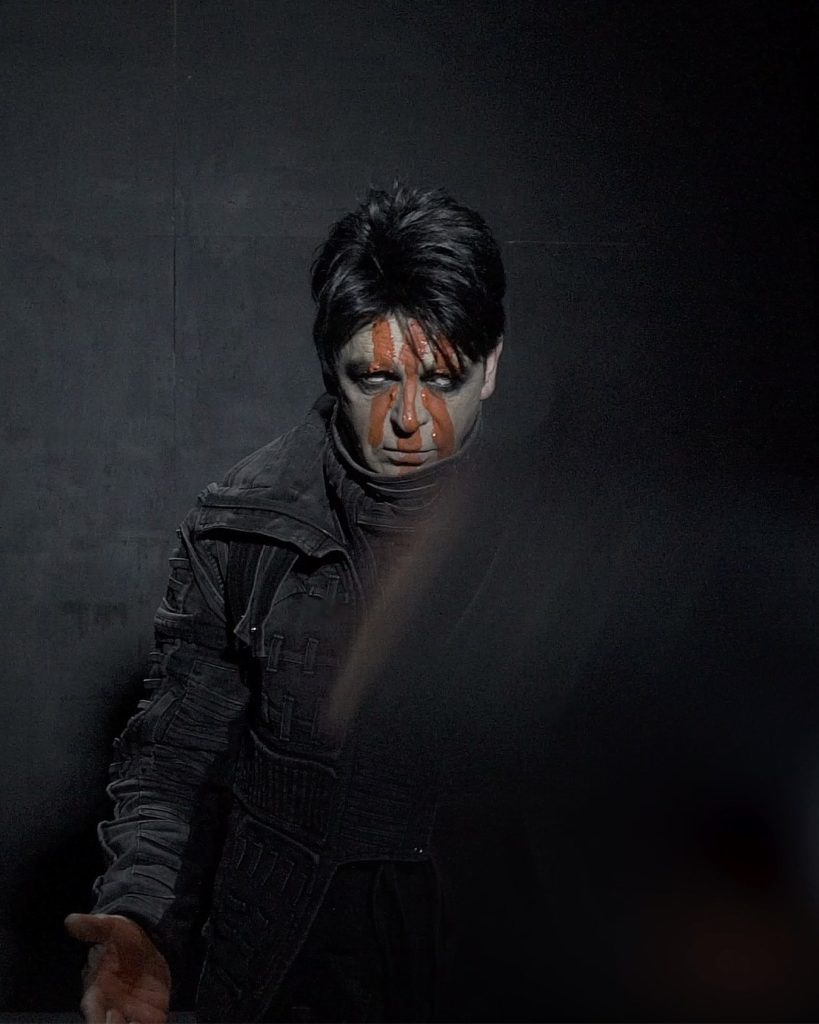 Gary Numan, “Now and Forever”
In case you couldn’t tell by the name of the site and the countless references to his work we’ve made over the years, we’re pretty big Gary Numan fans. A new album from our patron saint is of course always reason for celebration, and thus this certainly won’t be the last time you read about Intruder on this site. But let’s take a moment to appreciate new single “Now and Forever”, one of Numan’s occasional slow and sincerely sentimental ballads, a mode of songwriting and performance in his catalogue we always find touching. Bring on the album!

Lustmord & Karin Park, “Twin Flames”
Few industrial artists have as varied a list of collaborators well outside of their native sounds as Lustmord’s Brian Williams. Now adding Swedish synthpop vocalists to a list which includes Japanese noise rock acts and classical pianists, Williams has teamed with Karin Park to release the Alter LP. Williams’ legendary abyssal drones and crafty textures create a smooth and enveloping base for a wounded, lilting performance from Park.

Jason Priest, “When the Clown Cries”
Antoni Maiovvi made his bones as a purveyor of horror synth music, but his alter-ego Jason Priest’s post-punk is a far cry from the giallo disco sound he’s most well known for. Witness the New Order-esque fluorishes on new single “When the Clown Cries”, all strummy chorus bass and metronomic drums topped with a wistful melody that makes the whole number go down smooth. Debut LP Jason Priest is Missing is due Summer 2021, we could happily go for an album in this style.

Aleister Blake, “Ad Wreckage”
If you’re only familiar with Timothee Gainet’s TBM work as IV Horsemen, the direction of new solo side project might be a shocker. But those who copped the Poison Point EP from a couple years back will recognize that Gainet has some more distinctly industrial and EBM roots along with his techno skills. Still, the creepy-crawl of low-fi tracks like this one from the Cyber Fame, Real Pain tape shows off a fresh and welcome side of his interests. Personally, we’re getting a mix of Qual and Yeht Mae here, though your mileage may vary.

Minuit Machine, “Basic Needs”
French duo Minuit Machine have been on a mission since their reformation after a few years hiatus. Last year’s Don’t Run From the Flames saw them veering closer to industrial dancefloor sound than at any point in the past, while new EP Basic Needs has them dipping their toe into the electro-darkwave sound, albeit shot through with their own brand of stoic melancholy – a nod to their minimal wave roots. Three tracks, three potential dancefloor starters, have a listen to the title track for starters before picking up the whole thing on Bandcamp.

Rudimentary Peni, “Path Of Glory”
The legacy of the unkillable and singular Rudimentary Peni is far too storied and strange to even precis here. Suffice it to say, hearing Great War, the first new music from Nick Blinko & co. in over a decade touches that raw nerve which only RP can worm their digits to reach. Beloved by punks and goths alike, Blinko drives into the heart of madness and horror in order to splatter its ichor on all who pass by. 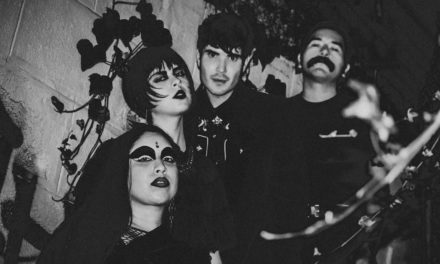 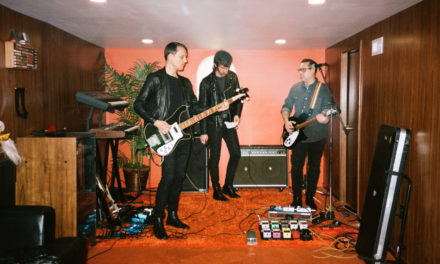