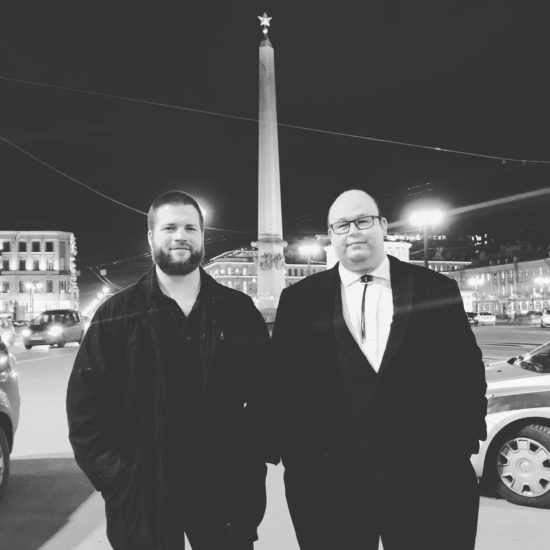 After a bit of a customary layoff, we’re back in action! We’re under no delusions about the turning of the year representing some massive sea change in our collective fortunes, but if nothing else the mental reset did us some small good and we hope it did for you as well. We have some fun projects in the works for I Die: You Die in 2021 as we head towards our tenth anniversary, and we hope you’ll join us for another year of covering darker alternatives, starting with the first Tracks post of the year!

Sturm Café, “Fernes Land”
No 2021 album is currently as anticipated by the Senior Staff as Sturm Café’s Fernes Land. Gustav Jansson and Jonatan Löfstedt’s long running project has always been as good at pop hooks as they have been old school EBM moves, as evidence by the damnably catchy title track of the forthcoming LP. This one was in full rotation in the HQ over the break, and rest assured, if we hadn’t already been in the tank for this act, it would have landed us there.

The Weep, “You Won’t Wonder”
After a rather lengthy layoff, Doc Hammer’s The Weep is back in full force, with fourth LP Too Much Nothing coming hot on the heels of a covers record. Early Weep releases were ID:UD HQ faves in the early days of the site, with Hammer showing just as much talent writing nostalgic yet energetic post-punk with just as much aplomb as his ethereal/darkwave work in Requiem In White and Mors Syphilitica a generation back. The lead track from the record fits that bill admirably, and serves as a nice entryway into one of the first records of the new year we’re looking forward to digging into.

Comaduster, “Where Do You Belong Now feat. Mari Kattman”
Comaduster dropped a surprise single on New Year’s Eve, a collaboration with Mari Kattman of Helix who has previously provided vocals for the project’s tracks “Monolith” and the absolutely astonishing “Riverbound”. It’s a fruitful pairing to be certain; Kattman has a rare presence and power as a performer that shows a real understanding of how to inhabit a song, doubly impressive given the incredible complexity of Réal Cardinal’s glitches, beats and modulating atmospheres. These two should do an album, for real.

W424, “Alandlord”
Some intriguingly grimy and atmospheric yet still beat-driven stuff comes to us by way of the Cardinal Noire camp. People who’ve kept their heads in the game know that the Finnish duo have been producing some of the best electro-industrial of the past decade, and CN member Lasse Alander evidently spent lockdown working on some solo material. W424 tracks like this have all of the oomph and serious production we’d expect from the folks behind stormers like “MKIV – Eternal”, but also an experimental wanderlust detached from traditional song structures. Good stuff.

Twin Tribes, “Fantasmas (Ash Code Remix)”
Released on New Year’s day, this remix of Twin Tribes’ “Fantasmas” by Ash Code certainly grabbed our attention. We’re big fans of the original – it was a club playlist staple in the before before times – and hearing a slightly more electronic take powered by synth bass but retaining the tastefully spooky atmosphere of the original cut ably. This is probably as good a time as any to remind you that Twin Tribes have two exceptional albums of hooky, danceable post-punk (both of which we gave year end honours to when they were released) you can get from Bandcamp RIGHT NOW.

Eric Gottesman & Jamie Cronander, “Dance Again”
Lastly, we’d remiss if we didn’t give some shine to the benefit single Terminus mainstay Eric Gottesman released over the break. Being a big part of the Terminus family which we so sorely missed catching up with in person this past summer, Eric’s reaching back for the old See Colin Slash playbook to do a pair of acoustic covers alongside Jamie Cronander of Striplicker and Eric’s own Everything Goes Cold. All proceeds from the sale of this Kite cover (it’s tough to think of a song which more taps into our hopes for concert-going in 2021) and a take on FLA’s “Virus” will be going to support Dickens’ staff during their shutdown, so if you missed getting to see so many of your favourites grace the Terminus stage half as much as we did, dig into your pockets in the hopes of all meeting up there again soon. 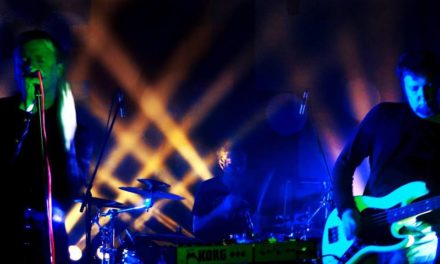