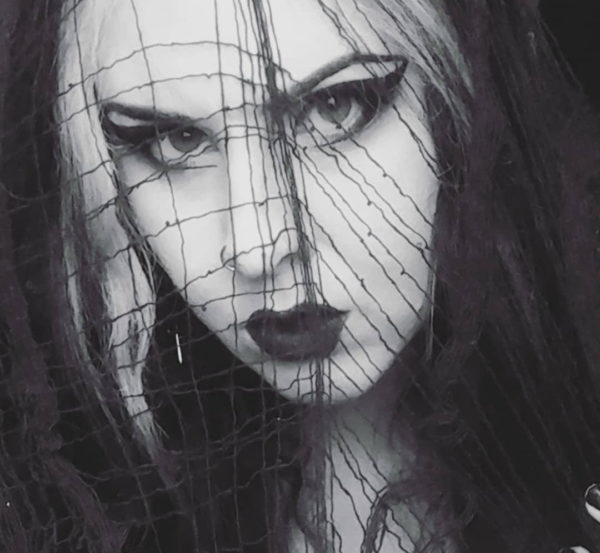 Having just finished letting out the biggest exhalation of relief in years, we’re naturally pretty pleased to see a change in regime down south way. That’s as good a reason as any to jump in here with something we’ve wanted to address for awhile, so here goes: this year moreso than any other in our 9+ year history we’ve gotten a lot of notes here and on Twitter to the effect that we should keep our politics out of our coverage. To those who feel that way who may be reading this let us assure you, we won’t stop, and we’d like to remind you that nobody is forcing you to read us or listen to our podcast if you don’t like it. You’d think that’d be clear enough at this point, but it might bear repeating so there isn’t any confusion. Anyways lets all brace ourselves for whatever 2020 has in store next, Tracks ahoy.

The head of Headless Nameless

Downwell, “This Gun Kills Fascists”
What was that about politics? Sorry, couldn’t hear you over the sound of this (presumably apolitical) TBM banger from Downwell’s forthcoming Oppression Index tape on X-IMG. We dug the Tbilisi-based producer’s debut EP I See Death In Your Eyes last year, and on the basis of this number we’re in for an even heavier follow-up. Like so many recent producers who draw upon the larger legacy of powernoise, Downwell’s getting some solid mileage out of the dynamics between thudding kicks and rolling fills of distortion and other percussion.

Sturm Café, “Discolied”
Our favourite Swedes who do old school EBM in German have been heavily teasing new material for a while now, and damn if they didn’t go and give us a taster on Bandcamp day. Like of all of their material there’s no question that these cats pay fealty to classic body music, but with an emphasis on melody and a sly wink that makes it go down smooth on headphones or on a big system. If some forthcoming album keeps to the vibe on the compulsively listenable “Discolied” we won’t complain.

Choke Chain, “Expire”
Big shout out to Wisconsin for their election efforts this past week: your friends in the north see you. Why not celebrate The Badger State by picking up this collection of Madison WI industrial artists curated by ol’ Matt Fanale of Caustic and Klack fame? In fact this is a follow-up to a 2003 era comp that also focused on Madtown, but with lots of modern names like Null Device, Sensuous Enemy, SØLVE, Sweat Boys and many many more. Def feeling this hotness from new EBM wunderkind Choke Chain whose demo has been in steady rotation around the HQ since its release.

Randolph & Mortimer, “Enjoy More (Kris Baha Remix)”
Lest anyone think that the sort of kleptocracies we’ve recently seen holding power in the US and Russia are a new phenomenon, some of our favourite Brits are here to take us back to the dawn of the Thatcher era. Randolph & Mortimer’s “Enjoy More”, an ode to the crass commercialism and privatization of the 80s, is getting a limited physical run, complete with this tightly anxious Kris Baha mix that could handily serve as the soundtrack to a coke binge spent watching the markets rise.

Hem Netjer, “Otherworld”
Brand new project from longtime friends of I Die: You Die Raven Rissy and David Luecke, who have teamed up with Jesse Thom to found pagan industrial project Hem Netjer. Swelling electronics, chanting, bassy vocalizations and foggy atmospheres are the order of the day on “Otherworld”, one of the handful of songs that have made it into the wild thus far. Shepherded by the helping hands of Scott Fox (iVardensphere) on production and Jason Corbett (ACTORS) for recording, we expect we’ll be hearing more from this trio in the very near future.

Headless Nameless, “Flash in the Dark (Beside remix by Encephalon)”
Alis Keller and Matt Ghostorm announced new project Headless Nameless a while back, a distinctly different endeavour than their work in Ottawa electro-industrial staple Encephalon. More focused on dirgey rock sounds and Alis’ powerful vocals, it’s something that shows both the duo’s versatility in areas yet unexplored by their already difficult to pin down main project. Apparently if you split the difference as on this remix you get some low-key grooving darkwave. We’re feeling it.

Leaether Strip, “Effigy (I’m Not)”
Regular podcast listeners might recall that we have mixed (at best) feelings about With Sympathy, but we will always have all the time in the world for Twitch. Sounds as though Claus Larsen loves both though, having just covered a pair of classics from Ministry’s debut and sophomore records. Anyone who’s been tracking Claus’ career over the past decade or so knows that he’s been indulging in his life-long love of synthpop with more and more regularity, and an icy-cool number like this one is a great fit for his approach to the genre.