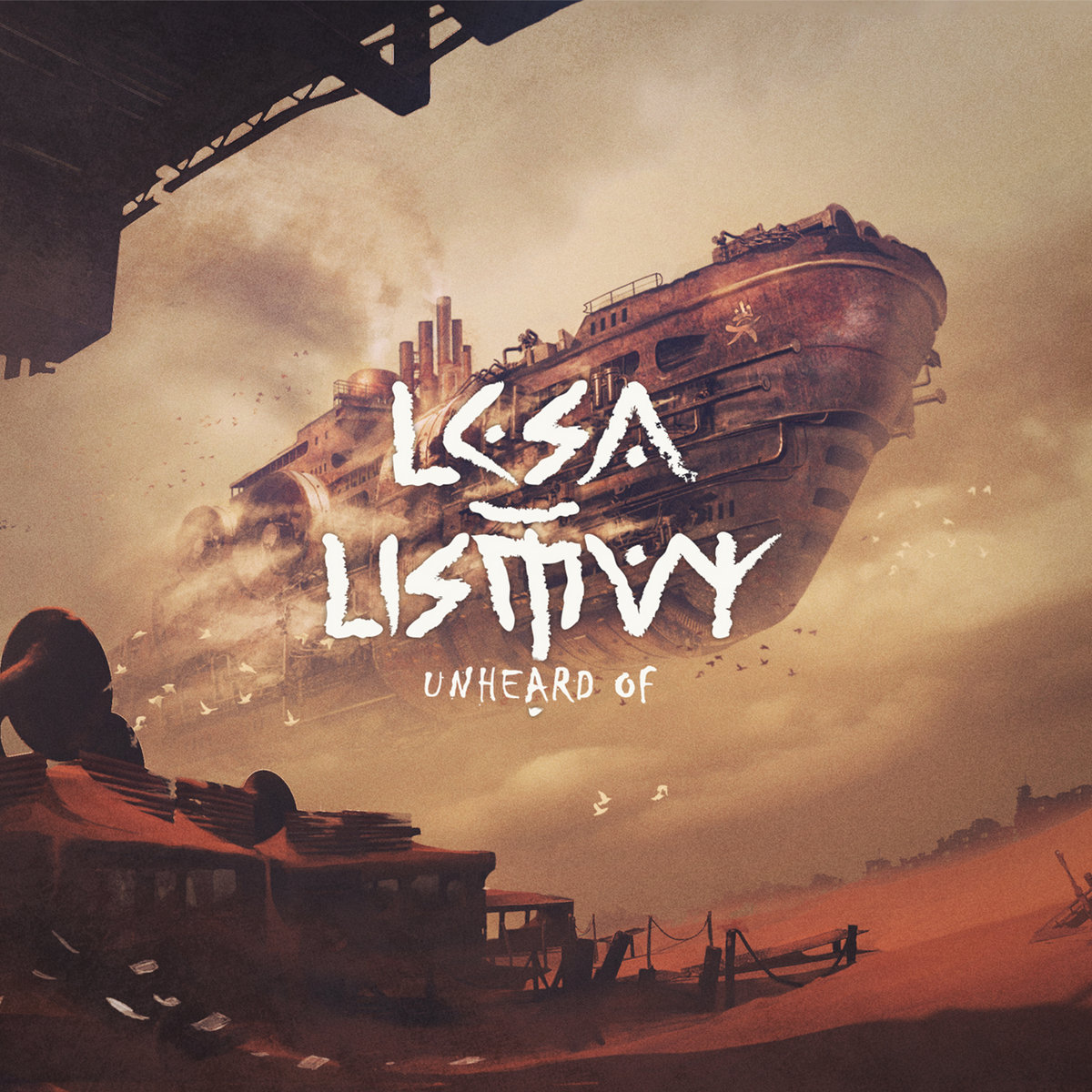 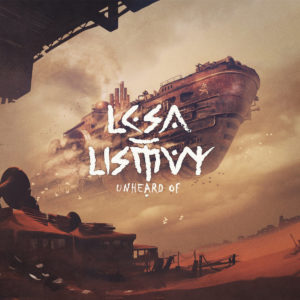 I’m not sure how you’re handling it, but I find myself walking a strange tightrope in response to current events. Torn between desires to absorb and repel information about the ongoing crisis, I find myself oscillating between pure escapism and delving headlong into art and culture which deals with the sort of unrest and uncertainty which weighs on everyone’s mind right now. In theory, one might imagine dark ambient to fall into the former category. Often abstractly inhuman or so focused on metaphysical themes as to seem disconnected from day to day reality, from a distance the genre seems to respond to contemporary events at a glacial pace. But the ethos of Russian quartet Lesa Listvy finds some incidental connection to current anxieties while still offering some drone-driven respite from them.

The conceit of Unheard Of is an audacious one: a derelict airship drifting over ruined deserts, playing the recorded histories and liturgical drones of its now-defunct civilization in the hopes of someday rebirthing what has been lost. As someone who’s been mulling over A Canticle For Liebowitz a lot lately, this sort of post-apocalyptic doomsaying cuts a bit close to home, but the Verne-cum-Mad Max aesthetic is matched by the warmth of Lesa Listvy’s tones, and the resulting experience is a lot brighter and more fun than the elevator pitch might suggest.

There’s a sharp and bright set of simple harmonics to introduce Unheard Of on “Wastelands”, plenty of rubbery pulse and even driving rhythm on “Shadows”, and some grinding machine loops on “Flying Ship”. In short, the first third of the record is so busy in comparison to common expectations of this sort of music that the ear’s been primed to attend to all the textural subtleties which make up the middle third, with the slow orchestral procession of “For Those Who Were Destroyed” gaining extra resonance. By the time the penultimate “Machine Waltz” rolls along – yes, set to a real (though admittedly slow) waltz beat – the amount of colour Lesa Listvy are working into each of their compositions is still apparent.

Like a lot of “program” dark ambient, the question of whether Unheard Of‘s themes would be apparent without the accompanying text is an open one. But that issue aside, the album carries a lot more energy and dynamism than the majority of records in the genre, possibly due to the simultaneous contributions of four producers, a nearly unheard of conglomerate in dark ambient. Regardless of the reason or narrative impetus, Unheard Of should refresh and reawaken those with a taste for dark ambient.