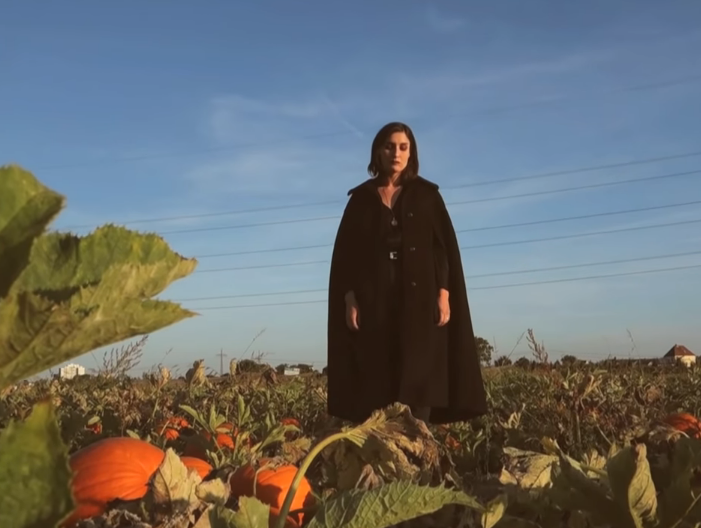 Having now spent two weeks holed up in our mutual abodes, the Senior Staff have found what feels like the right rhythm, or balance between working from home and blogging/podcasting. That is to say that the two activities have become basically indistinguishable. In both our cases they involve endless recording, talking to people online and writing, with the added bonus of loved ones and cats (normally hazards for the ID:UD portions of our lives) have now integrated themselves into job life. Still, we’re fortunate to be in the position we’re in, and happy to have the time to continue to dedicate to writing and casting. Thanks for staying with us during this trialsome time, friends.

Lebanon Hanover, “The Last Thing”
Despite one half of Lebanon Hanover absolutely killing the dark electro game as Qual, the pan-European coldwave duo are still striding forward together. The title track from forthcoming sixth LP The Last Thing is a characteristically minimal track, but makes every single one of its elements count, from the classic darkwave guitar to Larissa Iceglass’ uncannily controlled vocals.

Aphonia, “Burning Fields”
If you read I Die: You Die regularly the name Matia Simovich should be pretty familiar at this point. Beyond his work in celebrated neo-old school act Inhalt, Simovich has produced numerous records we rather enjoyed from the likes of Body of Light, SRSQ, Silent EM, and Riki. “Burning Fields” is the first single from Matia’s solo project Aphonia and it has his fingerprints all over it: meticulous sound design, retro-modern production sheen, and a flawless mix that allows each component of the track to shine. Absolute banger and a portent of good things to come from someone whose name we’ve come to trust from a quality standpoint.

Wvalaam Klous, “Unhinged”
The debut tape from London’s Wvalaam Klous has drawn our ear with a catchy brand of minimal, halfway funky EBM. Despite the obviously dark and weighty tone of the Living Hell tape, the slappy bass and finely-chopped samples worked into lo-fi tunes like this can’t help but get you nodding.

Blutengel, “Wir sind Unsterblich”
Hi readers, it’s Alex! I’m breaking from the shared editorial voice that Bruce and I use for Tracks to tell you about the new Blutengel single! Why? Because Bruce would have an aneurysm if anyone thought he was the one endorsing Chris Pohl’s latest vampire nonsense! I on the other hand have no issue being associated with this single which is one of the better ones the venerable cheese mongers have released lately. Nice big synth lead, danceable bass, solid male and female vocals, a bit of an aggressive edge to the programming and just the right amount of fine German fromage. Like a small cheese shop’s worth to be honest. Either you’re here for it or you aren’t. I am.

Parrish Smith, “Mute”
Finally, something unusual from Parrish Smith, a producer for whom unusual is par for the course. New EP (sublimely titled Sex, Suicide & Speed Metal) has a lot of the oddball lo-fi industrial and adjacent sounds that brought the producer to our attention, but embellishes them with psychedelic and R&B touches for an experimentalist sound that could work on a dancefloor, or in your headphones, or in your fevered dreams.