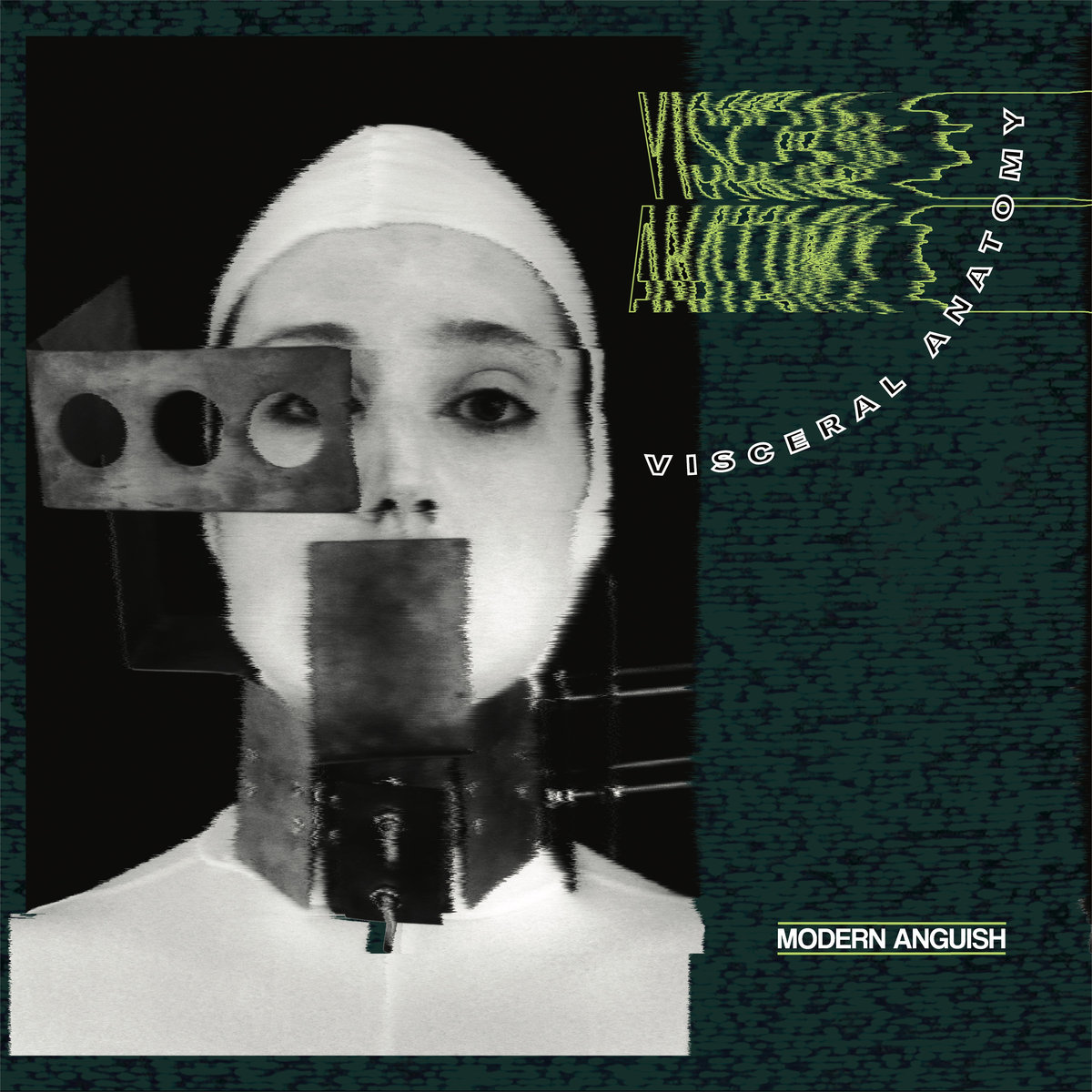 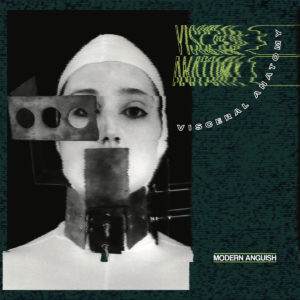 Visceral Anatomy
Modern Aguish
Oráculo Records
Viseral Anatomy is a side-project of Chicago’s Wingtips, although those seeking that excellent project’s dreamy guitar-infused darkwave won’t find it on Modern Anguish. The EP is largely made-up of gritty EBM adjacent techno-electro, all engineered to the dancefloor. At it’s most straightforward the delivers rapidly cycling 16th note basslines and heavily reverbed vocals from Hannah Avalon; “Solution” and “Flowers in Wax” are almost entirely made up of those two elements, the variation coming from some light percussive embellishments and synth modulation. “Rout” plays with that formula somewhat, bringing the rhythm track in and out of focus as Avalon’s pre-delayed voice slides between chunky, detuned stabs. Opener “Lipswitch” is perhaps the best look at what Visceral Anatomy can do with the sounds they’re playing with: while not especially structurally different from the following tracks, it possesses a tangibly larger feeling, using maximal bass and drum programming to create more momentum and impact. Somewhere in the neighbourhood of European dancefloor killers like Schwefelgelb, it’s an EP that shows an intriguing side of artists we’ve become familiar with in an entirely different context. 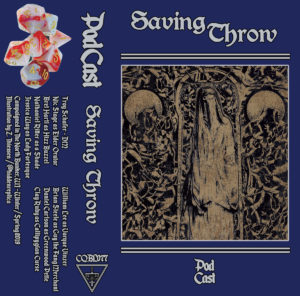 Pod Cast
Saving Throw
Brave Mysteries
2018’s Dead King’s Dream marked the arrival of one of the year’s oddest new acts. Comprised of members of various members of metal, neo-folk, and dark ambient acts, Pod Cast don’t just release music suited for your next D&D campaign, they deliver the campaign itself, complete with narration and sound effects. New tape Saving Throw carries the project forward, and while it’s not necessarily a continuation of the same story as its predecessor, it expands on the chiller and more calming side of the project’s sound. Half dungeon synth and half reconstituted electro-folk with the occasional dash of space rock, the music scoring the campaign and combat is by turns naive but oddly hypnotic. Low-rez string patches blend with warmer analog pads, while the odd pitching and manipulation of the campaign’s narration by various dungeon masters and characters has an unnerving effect, almost as if one is playing a haunted Pools Of Radiance cartridge right out of some creepypasta. While the previous record put its GP where its CHA was by recording the sound of dice rolls, things take a turn for the digital here, with the clicks and beeps of navigating a purchase menu of an in-game shop being ably recreated. Deeply strange, geeky, and compelling, Pod Cast remain worth checking out, especially if you, say, came of age playing a lot of Might & Magic and listening to a lot of Enya (hi, there). 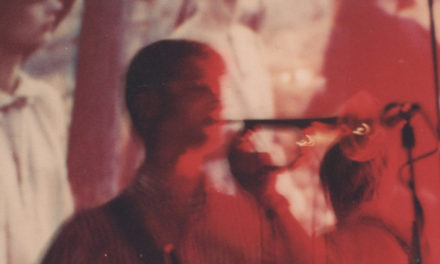