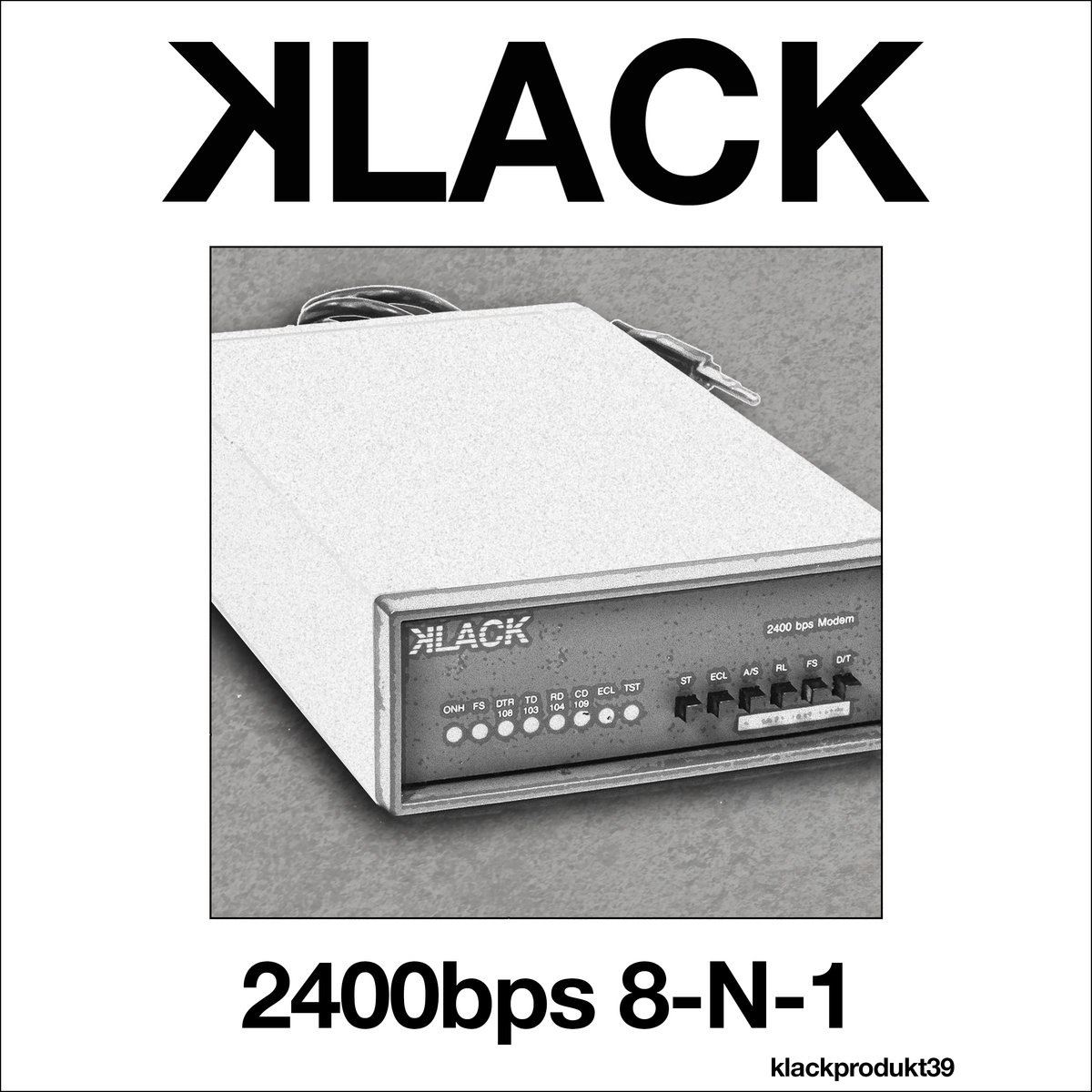 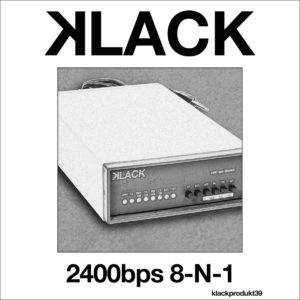 2019 has been something of a whirlwind for Klack. The Wisconsin based duo of Eric Oehler (Null Device) and Matt Fanale (Caustic) saw their half-joking Ikea themed new beat body music project take off in profile, garnering attention from well outside the usual bounds of Our Thing and booking numerous high profile gigs. 2400bps 8-N-1 is their second EP of 2019 and their third overall, expanding further on the sound of January’s Introducing the 1984 Renault LeCar, a release that explicitly explored the connections between new beat, EBM, freestyle and sample-driven synthpop of the Insoc variety.

Like all preceding Klack material, the foundation of the EP is bouncy synth bass, samples, and the alternating vocals of Oehler and Fanale. What’s abundantly clear however, is how good Klack has gotten at taking retro-stylistic signifiers and tropes and applying them to actual songs. While the group has always been handy with a hook or a funky bassline, a song like “The Games We Play” is fully-formed, and works for both the allusions it makes and its own merits; listen to how it evokes classic 242 in Oehler’s vocal delivery, Fanale’s backups, and the sound design. But there are also subtle gearshifts between the verse and chorus and a groovy but minimal arrangement expanding via the establishment and reiteration of melodic elements in different sections. You can hear the same tricks applied well in “Discipline”, where Fanale’s familiar growl is applied to classic EBM subject matter, but with a peppy backing of orch hits and stabs and snappy drum programming behind the plucky bassline.

Even within the confines of these five tracks you can find some indicators of new ideas and sounds making their way into the fold. The most immediate aspect of “Heave Ho” is the Get Up/Get Down hook, but behind that there are some squelchy acid sounds making their way into the mix. Similarly, the amusing samples regarding a disco business plan on “Check the Spreadsheet” will undoubtedly be what first sticks out to listeners, but the house piano of the song’s latter half suggests some pretty interesting connections to early 90s dance sounds.

Klack were always at risk of being more cute than substantial; as with every act who deliberately draw from the past, the question was whether there was more depth to their music than just a (admittedly fun and skillful) pastiche of classic sounds and styles. 2400bps 8-N-1 is the best indication yet that there’s more to Klack than what inspired them, and that those retro-ideas can have new and intriguing applications.