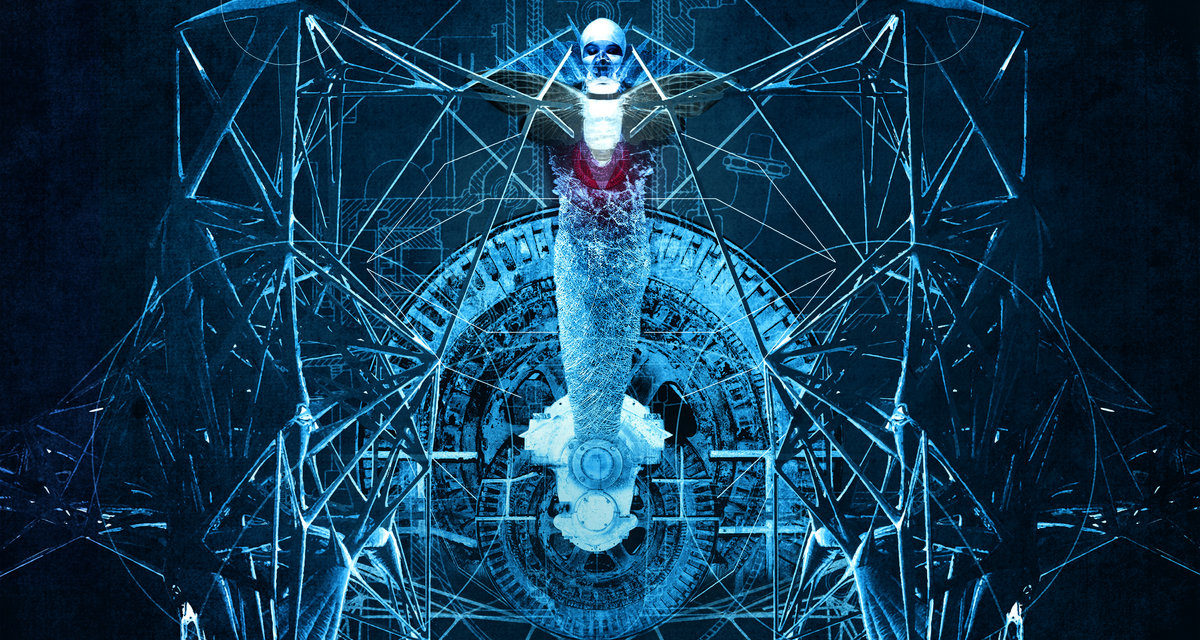 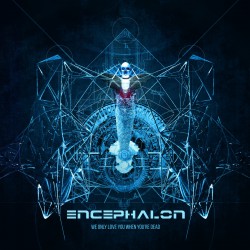 Encephalon
We Only Love You When You’re Dead
Artoffact Records

A sociopathic, narcissistic, cyborg celebrity demagogue is trapped in a cycle of death and resurrection, peppered with bursts of violence levied against the shadowy media empire who are directing this bizarre operation. You’d have to have one hell of a track record to be able to make a concept record about that feel like a stripped-down and straightforward affair, but such is the nature of Ottawa’s Encephalon, that rare band who have proven themselves (now for a third time) to be uniquely capable of gussying up classic electro-industrial sounds with the most bombastic of garb and arrangements. We Only Love You When You’re Dead, for all of the whizz-bang excess of its conceit, feels like the closest thing Encephalon have done to a “roots” electro-industrial record, putting the focus on raging vocals and galloping rhythms.

Like its predecessor Psychogenesis, We Only Love You When You’re Dead is stylistically informed by its narrative. But where the former LP had a baroque grandeur commensurate with its galactic themes, Encephalon hit the ground swaggering, imbuing the album with a cyberpunk street aesthetic that matches its focus on a singular character’s oblique journey. There’s still plenty of “big” sounds and arrangements to be found, but the specific way in which a song like “Never Bleed” uses organ-like pads, syncopated drum programming and blasts of intricate programming to convey scope is less cosmic and more immediate, all without going lo-fi or gritty. That change in sound design might not be the easiest distinction for the casual listener to make considering how dramatic and theatrical the record is, but it does have the effect of making the whole thing into an industrial rock opera of sorts.

If that idea sounds ambitious, well, it is. And to their credit, Encephalon do an excellent job of keeping the concept from getting ponderous or schticky. A big part of it is in the album’s pacing: opener “Limb from Limb” is a solid mid-tempo head-nodder which both introduces the record’s death and resurrection conceit and sets the tone for what follows via sustained and processed guitar chords and Matt Gifford’s sneering vocals. “The Calvin Klein of Slime” takes those ideas and amps them up further, developing the album’s product placement and celebrity culture theme over top of a simple arrangement of bass and drums reminiscent of some of Snog’s chuggier moments. The first portion of the record rolls along so easily that when the over the top “Naraka” (which features a particularly stately and regal vocal from Alis Alias) gives way to the slow-build of the title track it feels like a climax of sorts, an act break to set up the extravagance of the album’s latter half.

Like most rock operas, the ascent of the hero – Ziggy, Pink, or the unnamed, undead protagonist here – is matched with a decline on the B-side. The title track has the forces who brought our anti-hero back turning against the “posthumous, solipsitic, artistic deity” whom they’ve given a second kick at the can (speaking of the band’s cyberpunk influences, if they’re not consciously giving an homage to Jack Womack’s Elvissey, then there’s a remarkable overlap of theme and plot). It’s the biggest break from the record’s generally straight-up electro-industrial attack, made up of portentous timpanis and strings which recall Psychogenesis. Even though things speed back up after that turning point, the rest of the album bears a much more somber tone. The exact final fate of our anti-hero as he’s carted back off to organ donation surgery in shuddering closer “What Part Of Me Dies” is left ambiguous as the title indicates, but the second half of the record casts him as undergoing severe damage. The songs themselves feel concordantly beleaguered. “A Debt Of Flesh” feels like a panicked revisiting of first LP deep cut “A Lifetime Of Puppetry”, striking out figures using a simplified palette, as if the band or narrator are struggling to find some stable platform or identity under duress, akin to the T-1000 thrashing in molten steel, cycling through its guises.

Like Encephalon’s two previous LPs, their latest contains multitudes. Where The Transhuman Condition reified classic genre ideas in a slick and accessible club format, and Psychogenesis took that template and sent it into the far reaches of outer space, We Only Love You When You’re Dead is a still new lens through which to view modern electro-industrial. Equal parts concept, execution and the pure audacity to make a record this grand and outlandish, it’s a testament to Encephalon’s deep well of ideas and their commitment to their own chimerical vision of music. Highly recommended. 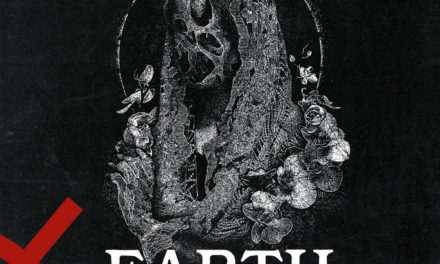