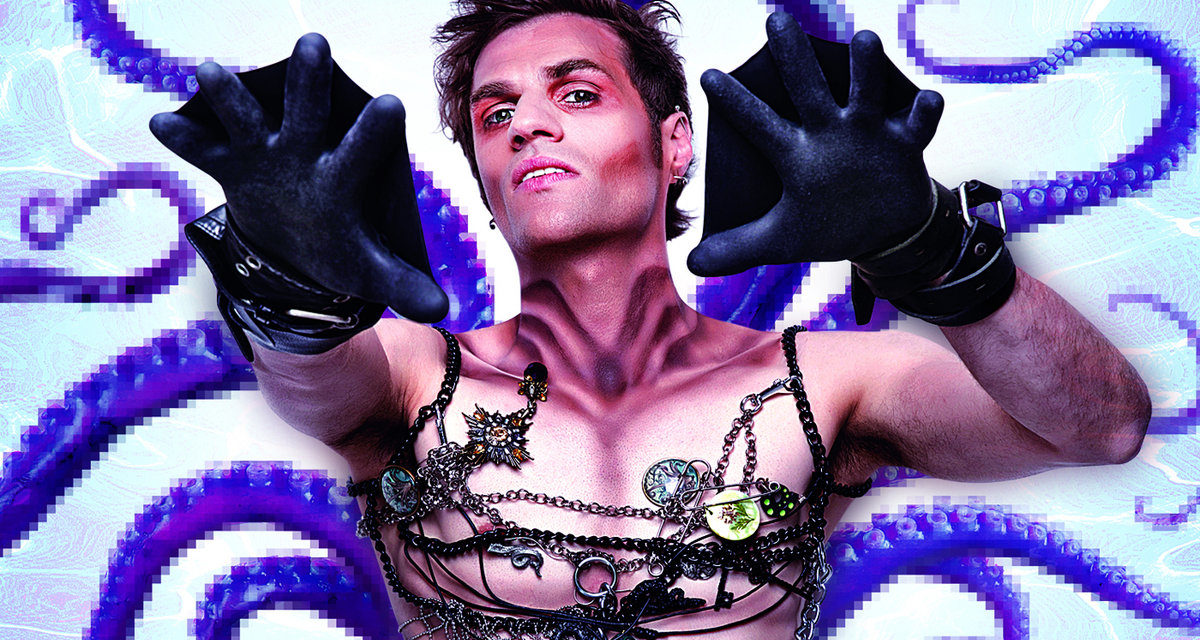 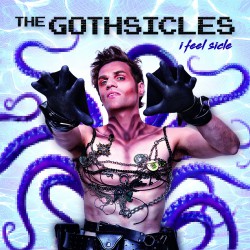 Every album Brian Graupner has released as The Gothsicles has revolved on a very specific axis. Musically the ‘Sicles are obviously descended from Our Thing’s club music, but shot through with Graupner’s own personality and interests which has generally yielded pretty charming results. The ‘Sicles are a fun band, live and on record the sense has always been that Graupner is aiming to entertain, either with goofy jokes, sly references (has there ever been a more meta club song than “Mix This Song Into A23’s ‘Maps of Reality'”?) or heartfelt weirdness. 2016’s I Feel Sicle has a broader range of musical ideas than any previous G’sicles album, mixing up that established formula with varying results.

Most noticeably, Graupner seems to be trying to move away from using his trademark stilted yelp vocally on every song. That’s not a bad idea in theory, but it does have a potentially unintended side-effect; some of these songs don’t feel especially Gothsicles-like. You can definitely find production and lyrical cadences in opener “Unbekannt in Deustchland” that are typical of the project, but the heavy use of vocal processing makes it difficult to latch onto as anything more than a peppy club song. “4 Fat Guys” – an ode to Nintendo’s Ice Hockey – fares better, although it’s kind of hard to listen to it without imagining the verses being sung in Brian’s traditional style rather than the affected monotone he employs. That’s a recurring feeling, whether on the epic closer “Mermaids vs Manticores” (which features a wonderful operatic vocal female vocal as counterpoint to the aggrotech growl) or the chorus to “This Is What the Brujah Clan Will Do To All You Gangrels”, the vocal variations aren’t necessarily detrimental, but the songs don’t benefit much from them either.

Graupner does sing a few tracks in his established style and it’s on those songs that you can most appreciate I Feel Sicle‘s new ideas. “Straight Up Otter Time” is classic Gothsicles, right until an excellent electro-funk breakdown that puts the song over the top. “Sun Shy” has a manic, appealingly lo-fi synthpunk feel, and “+8 XP” is a terrific heartfelt song that comes as close to futurepop as the project ever has for maximum feels. Those songs work because they’re such natural extensions of what we already know The Gothsicles can do, evolving their sound rather than departing from it.

Experimentation is generally a pretty laudable tendency in an established scene act, and we’re inclined to like a mixed bag that is trying to distinguish itself over a record that plays it conservative and takes no risks. Maybe the best recent comparison for I Feel Sicle is Covenant’s The Blinding Dark; both albums are departures with uneven patches, but with enough personality and gumption to lift them above the level of their weakest moments. We’re still with you, The Gothsicles, we’re still with you.