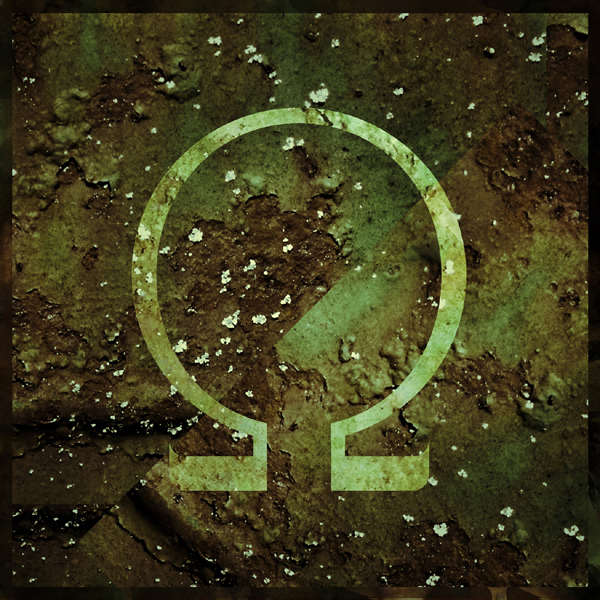 In Conversation is a feature in which the senior staff talk about a recent record we’re listening to. Not exactly a review, it’s pretty much exactly what it says on the tin: two music nerds having a conversation about an album with all the tangential nonsense, philosophical wanking, and hopefully insightful commentary that implies. This time we’re chatting up the debut from a new Vancouver electro-industrial project that features some familiar faces… 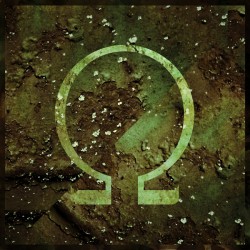 Bruce: Despite having had a bit of an inside track on the development of this record, I really felt as though just about anything was possible when I cued up Öhm’s debut. Each of these dudes have lengthy and varied CVs which stretch decades back into industrial history. (That said, I’ve always thought Craig’s work has gone under-appreciated in the broader scene outside of Vancouver: hopefully this record will help rectify that.) After half a dozen or so listens, I guess my overriding impression of Öhm is that it’s the sort of deep and textured listen that’ll appeal to heads who’ve been tracking electro-industrial for a long time. I don’t mean to say that it sounds “classic” or retro, far from it: there are a lot of different types of sounds and genres plumbed here which I’d like to talk about. I just mean that some of the more subtle production and programming moves here feel like they’re constructed with aficionados in mind, kind of an Only Built 4 Cuban Linx type approach. You get that sort of a vibe? What are your overarching impressions?

Alex: If you’re saying that this is a record for people with a deep, jazzbo like appreciation for electro-industrial, I agree wholeheartedly. Chris and Craig are guys who’ve done their time in the trenches of the genre, and I think the approach they’ve taken on the album really reflects that. It’s an insanely fluid and very massaged style of production that both of these guys have shown a penchant for individually and that have now come together really cohesively. In a sense this is almost exactly what I was expecting when I heard Peterson and Huxtable were working together: not that I could have predicted how it sounds, but that it’s a record that reflects an aesthetic of controlled chaos, which you can hear in Landscape Body Machine’s latter work and in the recent albums by Unit 187 and Decree.

With that idea in mind, I gotta recommend that folks listen to this album loud enough to hear the details, be that on headphones or on a proper stereo. I made the mistake of listening to it quietly on my computer speakers the first time through and thought it was nice, but holy shit, putting it on my studio monitors and cranking the volume made it really blossom sonically. There’s just so much going on in the mix in any given moment that I think it definitely suffers when inattention is brought on by less than ideal listening situations. Fans of sound design and studiocraft, do yourself a favour and have your first listen under the best possible circumstances.

But yes, back to the tempest in a teapot idea. It’s more clear I think of the kinda manic numbers like “Destroyed in Seconds” where there are layers and layers of sound and sequences weaving around one another and feeling like they’re almost in danger of falling apart somewhat, but overall even the slower numbers like “Detroit” have this very loose but controlled feeling. Lotsa play with the stereo field, a lot of directing the energy and momentum of tracks in interesting and unexpected ways. I know from a chat with Craig that a lot of parts that sound sequenced were actually him playing live, which I think is really salient to appreciating the LP. These guys have the gone the extra mile to make this LP sound natural and mercurial but never imprecise or sloppy. 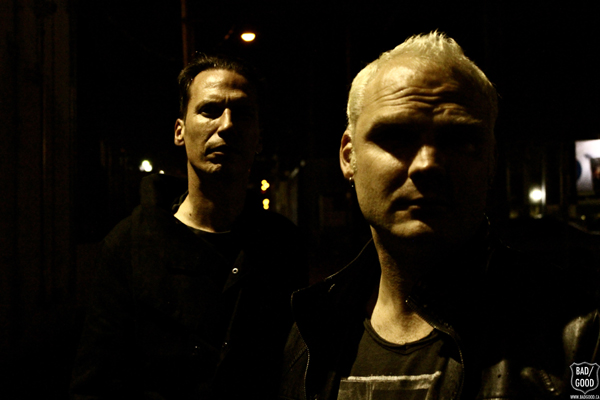 Bruce: I’ll second the volume issue. This record is blessedly not a casualty of the loudness war, but giving it enough juice to flex its dynamic muscle is definitely recommended on the user side. Anyway, yeah, the skipping frenzy of “Destroyed” made me think of the fuzzed-out misanthropy of the last Decree record, but it’s the more submerged, nodding and weaving beats of tracks like “Detroit” and “Apparition” which really seem to hold the record together for me. They build and unfold in a very insular way, almost as if the songs themselves are unaware that anyone else might be hearing them…if that makes any sense. I’m not sure if that’s because of the controlled restraint that marks the vocals, whether they’re Craig’s or any of the odd guest spots; maybe we can get to those in a bit.

What do you think of “Car Crash”, the de facto first single? I heard a demo of it well over a year back and, from what I remember, while it’s maybe had a few additional tweaks and layers added, the core structure has remained the same: Craig’s hushed vocals, a loping beat and foundation, and that simple, minor-key four note lead that sounds like something from classic mid-period Haujobb. I feel like there’s a club-friendly structure at the core of it, but there’s a real somber cast to a lot of the dressing, like the low-attack metallic noise coming in at the one-minute mark on the first beat of each measure, sounding like a gong through a mile of fog. Have I just gotten soft? Is this what electro-industrial club tunes should sound like: ashen and bitter?

Alex: It’s very weird for me to try to position this record in terms of what gets played in clubs, because I generally assume that most DJs don’t have time for anything with any subtlety or leftfield-ness to them. Like, I think this is a very enjoyable record, and I would happily dance to “Car Crash” or “Brute” (which is the only song where I hear any of the FLA flavour someone might expect from this album based on it’s pedigree), but are industrial crowds into mentally engaging on the dancefloor? Probs not, but that’s not why I like this album, and I dare say it’s better for not trying to whatever the club format of the day is.

As far as mood goes, I think the general cast of the album suits what Öhm are doing musically. There’s a certain very humanist cynicism that comes through even in the most mechanical moments; “When Robots Fuck” buries Craig’s voice deep in vocoder and accents it with whirring machine type noises, but the emotion leaks through the gaps between where the human and automated meet. On that song and on some of the slower numbers, especially “Apparition” I get the feeling that Öhm are deliberately looking at where they end as creators and the machines begin, and then trying to tamper and smudge that line. Is that too esoteric? I have a habit of overinterpreting things, but I also feel like Chris and Craig are smart guys who don’t just turn on their gear and play until they get something. I feel like there’s process and thought in these songs, and it’s really intriguing to me as fans of their work and as a general genre enthusiast to try and divine what form those things take. Do you engage with it on that level or is it just me?

Bruce: I’d balk at putting my chips on the table as far as intentions go with the human/machine divide, but isn’t that just the sort of cybernetic interfacing that industrial’s been interested in since the get go? Look at the name of Craig’s primary project: Landscape Body Machine. Hell, look at the subject matter of pretty much every FLA album ever.

I do think that the relation between the programming and the vocals is very considered. The latter generally stay just below some of the sharper sounds in the mix, and rarely burst into wild abandon, even when you have a guest spot from someone like Kaine [of Left Spine Down] who’s not exactly known for vocal restraint. I think that might account for that smudging you’re hearing: the “organic” side of things (not to break music into a reductive binary) isn’t in obvious competition or conflict with the music’s electronic side (compared with, say, Fear Factory or Whitehouse, to pick two very different examples). I guess maybe this is another aspect of what I was talking about at the outset; that this is an album for long-time industrial fans in the sense that it’s avoiding the sloganeering or aggressive posturing of acts who feel like they have to shoot the moon. At this point, neither Craig nor Chris has to prove anything to anyone who’s been around the block a couple of times, and Öhm feels like a more relaxed and self-reliant project for that. Final thoughts? Do you think we might get another record out of this pairing? Where would they go from here?

Alex: I feel like this is a pretty solid foundation for a project. I’m really hoping it finds the audience it deserves, beyond wanting these guys to be recognized for their skill and ability I also feel like there’s an appetite for this sort of thing in some corners. There are people who still buy Object and Mentallo & the Fixer albums, and this would appeal to them IMO. Much like that Individual Totem album from this year (also on Artoffact), it’s good to hear vets do what they do and do it without sounding hopelessly dated or like they’re desperately chasing some new sound to court a new audience. There’s a lot of integrity baked into this album, and I appreciate that a lot. Like you said, they have nothing to prove to anyone.

I like this record a lot, even more after listening to it and writing about it. It’s electro-industrial made by people who have a very deep and historically relevant relationship with the genre, and also with the Vancouver aspect of the genre which is of special significance to this website and to us personally. There’s a nice parallel there, there’s a personal and a technical appreciation that play a part in my listening, and I enjoy having albums that feel like they speak to something beyond what is immediate and apparent. Huxtable and Peterson have made a really cool record with a lot of depth to it, serving as a delivery mechanism for what they’ve done individually and as a new synthesis of their talents and ambitions. Strong stuff from two guys with great work rates.