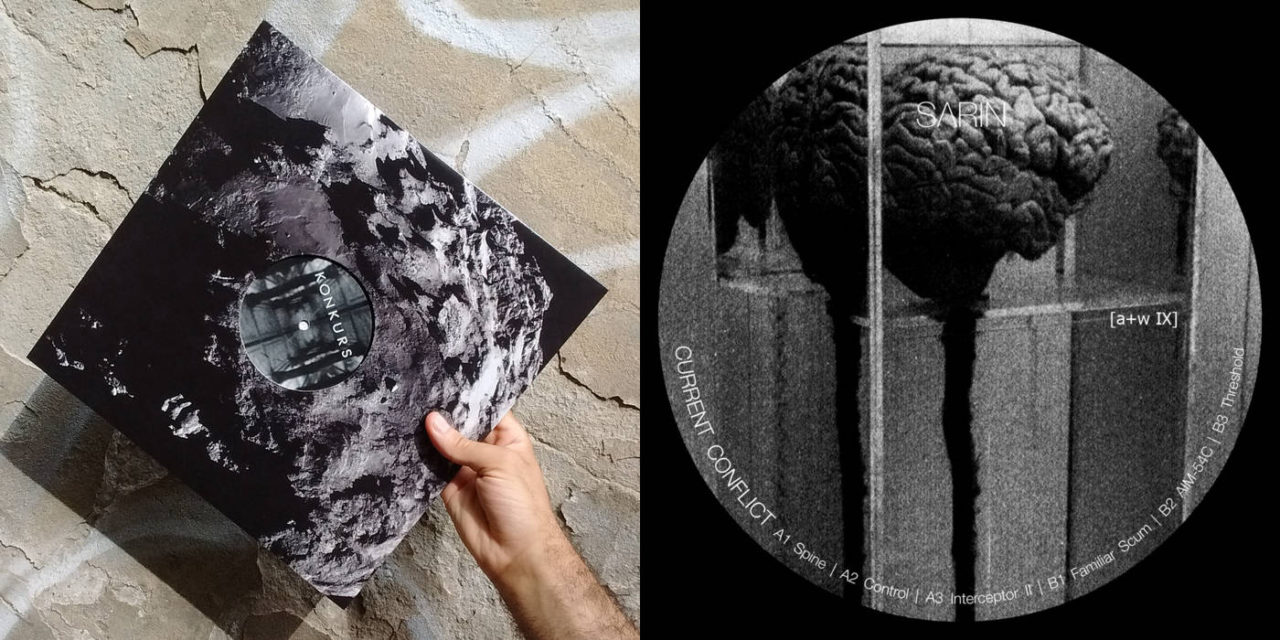 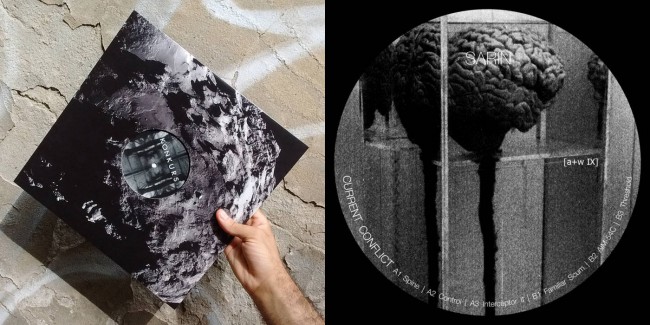 It’s happened before and will likely happen again: Berlin seems to be at the epicenter of electronic music of nearly all stripes right now, and the darker side of body music’s no exception. Two North American expats, Joey Gonzalez of Blush Response and Emad Dabiri of SΛRIN, have recently relocated to the Grey City and between all-night trips to Berghain (I assume) have cranked out EPs of stripped down and grimy techno-industrial.

KONKURS, a collaborative project between Gonzalez and Dabiri, is getting its first outing on the Burning Images EP. Out of the gate it bears the trademarks of both men’s brands of body music, with propulsive, low-frequency bass pulses, detuned samples, and a little bit of the more pronounced percussive bluntness which could perhaps be linked to Gonzalez’s recent explorations of powernoise on Reshaper. A good amount of the appeal of the four tracks here comes from the acid-toucher filter passes, whipping up maelstroms and at times even making it hard to distinguish the finely-minced sequencing from the static-dusted vocal samples.

While Blush Response has had nearly as many styles as albums, SΛRIN’s progress over the previous two tapes and now this release seems to have been a winnowing process, with Dabiri progressively slicing away all elements which don’t contribute to the very particular, very minimal vision of techno/body music he’s pursuing. Current Conflict has to be the most successful SΛRIN release thus far by that metric: a thread of continuous instrumentation links each track to the next and the near-steady BPM almost connotes a DJ set. “Interceptor II” reworks an earlier cut with more bite on the synths and gloss on the drums, while “AIM-54C” falls into a classic electro lope, not too far away from The Hacker.

Rhythms are key in both projects, of course, but the plan in KONKURS’ case seems to be building woozy ebbs and flows of sequencing around a foundation of percussion, while for SΛRIN the syncopated basslines which are stabbed out in tight, fluttering strikes sit right at the center of things. I suppose if one wanted to get theoretical the former could be said to be moving in an industrial direction, starting wtih a techno origin, while the latter feels like a nudging of the most primal forms of EBM into more broadly familiar (though no less minimal or aggressive) territory, but that’s all academic. The ethos that both Gonzalez and Dabiri are working in feels fresh and immediate, wherever it’s positioned topographically. Berlin now has two more hungry young producers who have perhaps just started hitting their stride in the last twelve months: here’s hoping their new digs continue to inspire tight and violent releases like these.