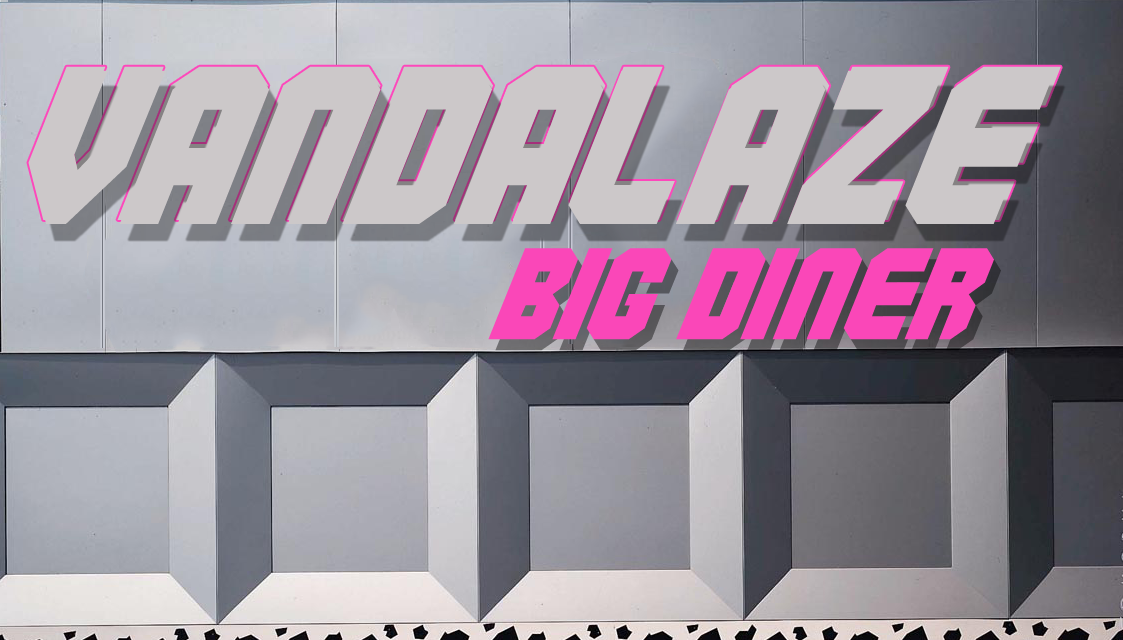 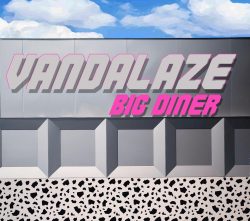 After three EPs-cum-remix-releases, Cory You’s Vandalaze project has a proper full-length within which its lo-fi blend of oozing synth-funk and industrial is allowed to congeal. Big Diner doesn’t break significantly from those releases, but over twelve tracks it’s easier to get a sense of what’s at the project’s core: samples are loaded into keyboards and jammed on overtop of blocked out funk rhythms and bubbly melodic programming. Early Art of Noise and Severed Heads are the reference points which come most handily to mind, but there’s something of mid-period Moev in the way You contrasts a channel-surfing, slap-happy technicolor aesthetic with solid rhythms that makes the connection between EBM and funk that’s so often overlooked, or perhaps even Wire’s early 90s dalliances with techno.

Tunes on Big Diner are kept super short, which matches nicely with the off-the-wall aesthetic. There’s no need to return to a chorus more than once as surely some new mutation will bubble up. There’s something oddly contradictory about Big Diner‘s nostalgia for an era in which things seemed to be changing faster, but You’s use of oddball 90s signifiers feels more in keeping with Deleuze’s lines of flight: an ad hoc strategem for avoiding stasis or pinioning. In short, You seems to be riffing on Severed Heads or Pee-Wee’s Playhouse more as materials at hand with which to build steam and get some weirdness going, rather than as solid-state foundations of inspiration. Nor is Big Diner only mining the past; You has stayed abreast of vaporwave, witchouse, and the innumerable other Internet microgenres which have oddly crossbred with industrial in the online clusterfuck of styles, and manages to work motifs from those in here and there with aplomb.

If there’s a weak spot which’d be highlighted in red during Big Diner‘s Dreamcast boss fight, it’d be the vocals. You’s not exactly a natural at staying on key, and seems stuck at the crossroads of trying to carry melody as best as he can and just jumping off the deep end into distortion and yowling. When he limits his reach, as on “Blockhead” and “House Of Two Oceans”, things go more smoothly. It’s a drawback, but not a dealbreaker, and is exactly the sort of warp in the weave you’d expect from a project so committed to screwball deliveries. You don’t get to be this weird without ruffling some feathers, and I’m sure You wouldn’t want it any other way. 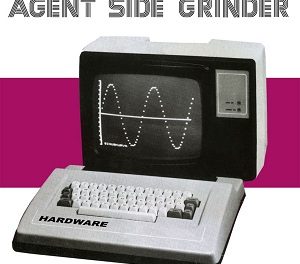