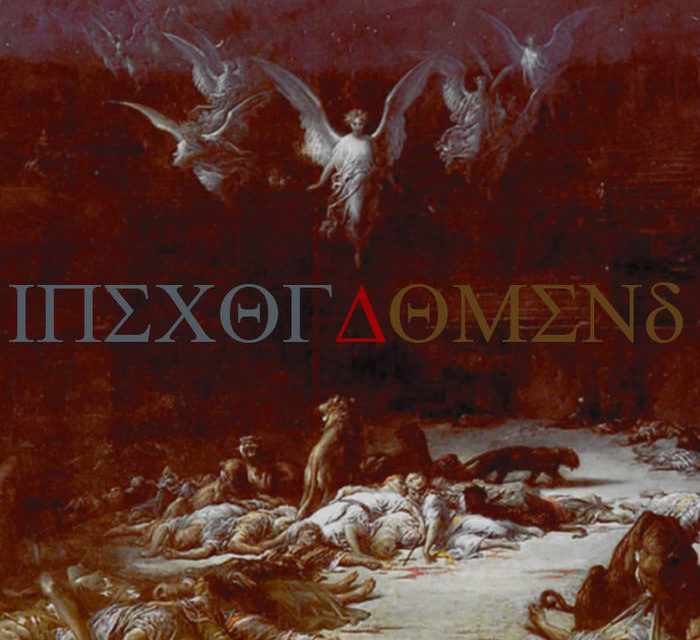 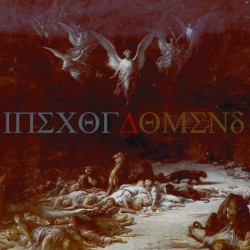 There’s been a lengthy gestation period behind the release of Omens, between demoing, outtake unearthing and mastering tweaks, but the first full release from Vancouver newcomer Inexora is officially here. The long, contemplative preamble to the record fits with producer Mike Mayer’s style, which lifts heavily from classic electro-industrial but also borrows from the more experimental sides of metal. While the programming, guitars and percussion on Omens are never exactly occluded in excessive production or atmospherics, the elements never feel like they’re in a rush to get where they’re going, instead slowly loping around each other in a languid trance. That sinister unease is augmented by odd sampling from films and radio plays which predate the usual slasher fare. Tunes like “Dystopiate” and “We Are The Demons” don’t suffer by comparisons to Mentallo or vintage Vomito Negro (again, with the addition of guitar), but a larger part of their appeal comes from the restraint woven through their slinky structures. There’s the perpetual feeling that somewhere between the beats a knife or a spray of venom might fly out in the form of more overt aggression, but it doesn’t…yet, at least. While this clutch of tunes shows off a moody set of autumnal shades, Mayer knows there is power in holding back.

While a couple of the tracks from this release had floated around the net in various forms (like so many others, Daniel Myer is adept at using Soundcloud as both a scratchpad and a hype machine), having Neon in a fixed form is welcome, and we’re not too proud to say that the direction Myer’s taking his most prolific side-project isn’t of serious interest to us, given our affection for 2013’s Mine. While retaining that record’s high-gloss production, new tunes “Neon” (which has Emese Arvai-Illes returning for another excellent vocal turn) and “Snow” have a more immediate bass pulse than the majority of Mine. “Neon” builds tension by constantly hot-swapping patinas of percussion against the persistent bass, while “Snow” feathers the gas pedal with uneasy pads. The seven remixes point well to where Myer’s head’s at, and as usual it’s a good distance away from the safe neighboring territories industrial producers jog over to when they get restless. Niels Binias offers a great dusty 2step take on “Hummingbird”, the appeal of which stands almost completely apart from the original (which folks may recall was more or less our favourite track of 2013), while IDM vet Normotone goes deep and rubbery on “Neon”. You don’t need me (or the Neon EP) to remind you of how weird and widespread bass music has become in the last decade or so, but it’s neat to hear some of those outre sounds filtering back into Architect when the project has its roots in the drum & bass futurism of the 1990s. Architect’s always been as much a clearing house for Myer’s tastes as well as expression, and Neon‘s no exception. 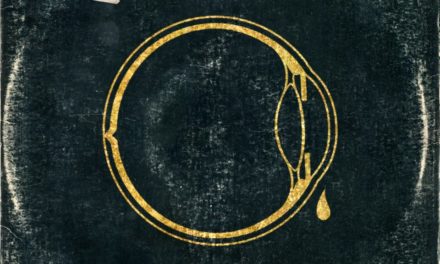