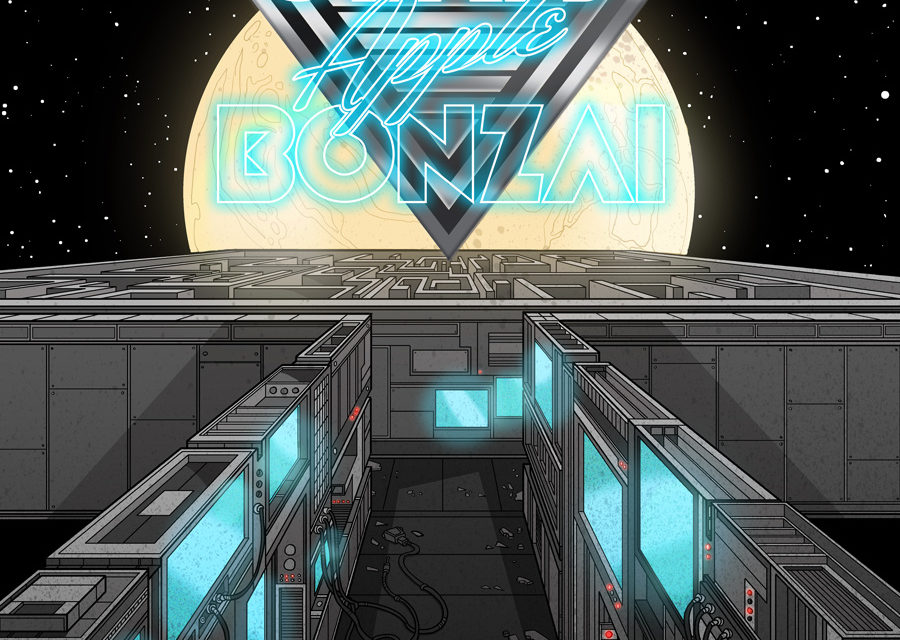 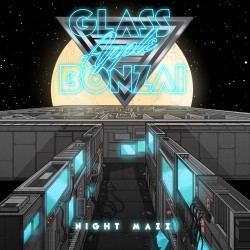 Daniel X Belasco’s never had any problems communicating the more overt charms of his classic synthpop project Glass Apple Bonzai. Strong vocals, clear harmonies and a rich, clean palette of synth sounds made the project’s debut a hit here at ID:UD HQ and with fans of forthright synthpop. And yet for a genre so praised and derided for the immediacy of its appeal, a cooler and more austere vein of synthpop runs in parallel to its more melodic side, and it’s the former that Belasco taps into for Night Maze, a sophomore LP built for deeply committed synthpop heads.

On the surface, much of the first album’s style is carried forward on Night Maze. “An Astrophysicist Love Song I” has a winsome questioning, “Dancing On The Moon” and “I Don’t Mind” have immediate bounce, and there’s even a smooth jazz sax bridge on closer “Blue Satellite”. Yet if that’s as far as one looks – easy 80s style fun – it might be said to be lacking in comparison to its predecessor. Night Maze rarely gives itself over to the big lyrical sweeps of “A Million Foolish Hands” or the thumping slink of “The Freeze”. But what Night Maze lacks in immediate thrills it makes up for in masterful instrumentation and mood which reflects a near complete knowledge of a particular vein of restrained, almost dour sounds drawn from records just as crucial to synthpop’s history as its glammy and grandiose moments.

The minimalist sense of instrumentation which was part of the charm of GAB’s debut is brought to bear on Night Maze, and the resulting changes in tone and effect are striking. John Foxx, early Simple Minds, Organisation-era OMD, and even some of the more approachable ends of minimal wave are far better touchstones for this album than the lusher sides of Depeche Mode or the delirious melodies of Yaz. “The Edge Of Morrow”‘s slow, brooding lope comes across as an apprehensive iteration of italo disco, while the solitary synth figures of “The Stars” feel separated from the larger world by sheer panes of glass.

That sparse tone’s measured approach is mirrored in lyrical themes of apprehension, caution, and alienation. Belasco’s always had a yen for science fiction, but Night Maze casts its speculative eye towards quieter, grimmer futures than the whizz-bang ray gun fun of his earlier project, Defense Mechanism. Much more La Jetée or Subway than Planet Of The Apes or even Blade Runner.

Between outrun and plenty of other throwback aesthetics, it often feels as though artifice and surface have come to be the defining characteristics of 80s music. Given the “style over substance” philosophy this seems to impart, it’s perhaps not surprising that plenty of people have thought that replicating the charm of that era is as simple as rehashing its most obvious outer markers. But Belasco knows the period and its music better than that, and pays tribute to the deep cut side of synthpop via Night Maze‘s moody and measured feel.