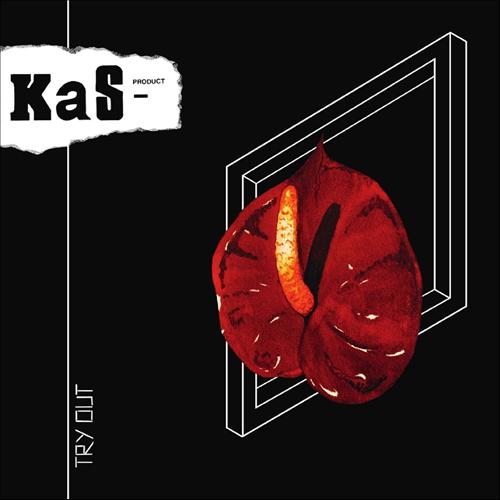 Welcome back to a format we haven’t seen in a while! It’s the return (again) of The Pitch, wherein one of our senior staffers tries to sell the other on the merits of an album they haven’t heard before. This time Bruce underhands Alex a classic record from a very influential French duo who laid some important groundwork for any number of dark music styles… 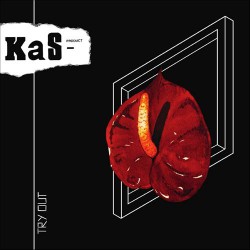 Bruce: I’ve been listening to Kas Product for a little over a decade, and I’m still taken aback by how fresh the French duo sounds every time I cue them up, especially their first two records. Although most readily identified with French coldwave (as reinforced by the excellent So Young But So Cold comp taking its name from them), Mona Soyoc and Spatsz’s work has felt in sync with countless sounds and trends which emerged well after their 1982 debut Try Out. Darkwave, EBM, electroclash, and all the new permutations of those genres owe something to Kas Product. I’m constantly likening one of my favourite current acts, Animal Bodies, to them. Alternately frantic and seductive, viciously forward and playfully satirical, there are a plethora of angles from which to approach them. While Try Out is more steely than the florid and gothic By Pass, I’m pitching it to Alex not only for its perennial relevance but also for its focused approach, its unique take on keyboard/guitar dynamics, and for Soyoc’s relentless vocal performance.

Alex: I normally expect a lot of synth-heavy post-punk and European coldwave to be kind of samey. Maybe because they’re not my favourite electronic genres I’ve never put much effort into digging beneath the veneer of icy analogue synths and people singing like they’re super bored. This gets off on the right foot with me by virtue of how manic “One of the Kind” is, all wacky horn-sounds and a weird gallopy bassline and Mona Soyoc really belting it out, even sounding like she’s struggling to keep up at some points. I dig that: it really does sound like they’re going balls out right on the opening track which gives it a real nervous sort of energy. This is a killer side-one-track-one.

I think this is one of those cases where the opening song is so darn good that I actually feel a little disappointed by the rest of the record, even though the rest of these songs are objectively quite good. The slinky, jazzy stuff like “No Shame” and “Pussy X” is fun but kind of slight. I’m way more taken by the peppier numbers. “Never Come Back” and “So Young But So Cold” are straight fire: there’s an unpredictability in them that often gets lost in songs built around lockstep electronic rhythm sections. It almost sounds like they were written to be played at a slower tempo and they sped up the drum machine just before recording, resulting in a kind of desperate attempt to hold onto these songs lest they run right off the track. Spontaneity is often a casualty of music with a heavily technological component, so it’s cool they were able to bottle some of that zazz. Even more remarkable because they sound super polished to boot.

Some of that might have to do with what a good singer Mona is. Like, you can hear her she has training and really knew how to use her voice. She can do the Siouxsie schtick well enough, but I sort of like her weirder moments the best, like the yelping bits in “Man of Time” where she ramps up and down and gives the song a more dynamic feel. The latter track is probably my favourite use of guitar on the record; I like its weird surf-spy kinda feel, where some of the explicitly punky stuff like “Countdown” and “Breakloose” is a little on the nose for my taste. I guess it was 1982 and the idea of punk, but like, with synthesizers also hadn’t become a cliché yet, so I can forgive them the stylistic variety on Try Out.

I suppose the year it was released and the genre make the Suicide comparisons kind of inevitable, but I feel they’re actually warranted here, mostly because the songs themselves are so pleasing. I can totally see where this effectively bridges the first wave goth stuff with all its stylistic offshoots: any number of the genres in the spectrum can probably legitimately claim it as a common ancestor. There’s a dozen bands I can think of that have spent their career chasing what this record nails in various spots, and like the best classic LPs it has that timeless, not-of-any-era sense to it. What a cool record.