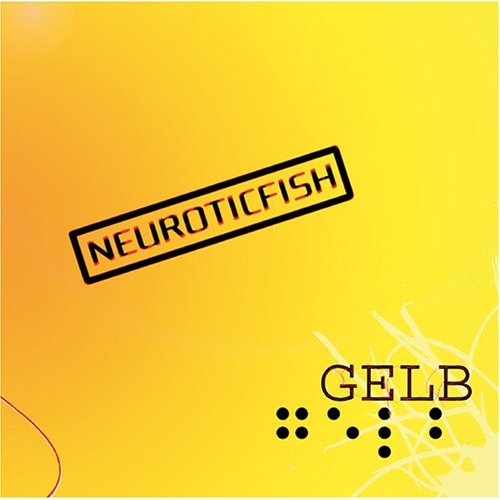 Despite our extensive knowledge of the history of Our Thing from its inception to the contemporary scene, each of the senior staffers has, understandably, some gaps in their knowledge. Sometimes it’ll be because we dismissed a band or artist based on their earlier works. Sometimes it’ll be a record that flew under the radar. And occasionally it’ll be just a plain old, “I never got around to listening to it.” The idea behind our new feature The Pitch (the concept of which actually predates our idea for this site) is simple: one of us will “pitch” the other person a record they think they’ll enjoy regardless of whatever preconceptions the other one might have about it, and we record their impressions on listening to it. Not a review or an in depth study, just a take on it based on a few plays through. It’ll be a chance for each of us to catch up on stuff we may have missed, and maybe change our perceptions of certain groups. With that in mind, here we go! 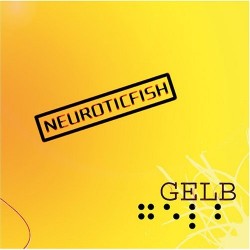 Alex says: Neuroticfish’s last album is most certainly their best, and absolutely an underrated gem of the first half of the 2000s. While it didn’t have a club hit on the scale of “Music for a Paranormal Life” or the inescapable “Wake Me Up” on it, the songwriting and production is superlative and I can think of few other records from the era that are as consistently good across their entire running time. While the promise of futurepop as the meeting place between synthpop and EBM was mostly buried by large scale nods to pop-trance, Gelb actually delivers on it; it’s hooky, melody driven and danceable and doesn’t have a weak moment on it, the proverbial end-to-end burner. I’m pitching it to Bruce on the basis of both its status as a well-produced record in its own right, and as a signpost towards the greater unrealized potential of futurepop. Et tu Bruce?

Bruce says: My exposure to Neuroticfish has pretty much been limited to hearing “Waving Hands” and “They’re Coming To Take Me Away” at clubs – I’ve always enjoyed the former, and hated the latter (more on those later). As for Gelb as a whole, it just never really landed on my radar. If it ever came up in conversation (and it very well might have), I’d probably have dismissed it out of hand as I was pretty burned out on anything that arrived with a futurepop tag by 2005 (I was on a prolonged deathrock jag at the time if I recall correctly).

On spinning it for the first time, Gelb impresses with a clear and direct aesthetic. While there’s a fair bit of the trance influence that was de rigeur in the early oughties, for the most part the arpeggios are lean and tight rather than grandiose. Moreover, many of the tracks seem to build, plateau and hold rather than going for super dramatic peaks and valleys, which gives Gelb a much stronger foot in the EBM tradition than many of its peers. It’s not minimal, but neither is it overproduced or precious (two qualities which I’m often perfectly fine with in other subgenres but which rub me the wrong way in futurepop for some reason). Instead, the drama’s all wrung from the vocals, which are in the finest emotional strain of modern synthpop.

Lack of guitars aside, Sascha Klein almost seems to be aiming for the same middle-ground between emotionally high-strung near-ballads and dancefloor stompers which Mesh were trying for around the same time. Gelb definitely hits the mark more frequently, though. “The Bomb” and “You’re The Fool” are completely on the nose but the weight of the vocals is somehow strengthened by the simplicity of the leads (which have a real less-is-more charm), and slow-burners like “Suffocating Right” aren’t quantitatively different than similar efforts from dozens of other bands, but are pulled off wonderfully. 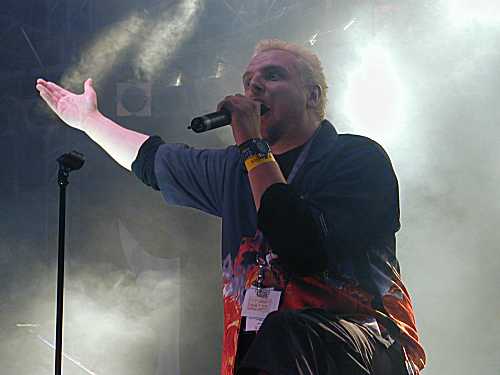 I could swear I saw this dude's ska band play at Warped Tour '96.

“They’re Coming to Take Me Away” still rubs me the wrong way. The quick and wry comic bits of this record (including a Sigue Sigue-style “this space for rent” gag) do a good enough job of offsetting the overall emotional weight of Gelb, but a cover of a forty year old novelty track sticks out like a plodding, unfunny joke that doesn’t end. It’s only three and a half minutes but feels much longer. (I don’t like the Lard cover of it, either, for whatever that’s worth. Apparently Brighter Death Now have covered it as well, though I haven’t heard that one.)

“Waving Hands”, on the other, um, hand, is freakin’ great. While I’ve always enjoyed it in clubs, it holds up fantastically under the close scrutiny of headphone listening. Points for the Chuck D sample aside, it’s refreshing to hear songs from this scene which are about the experience of writing and performing this music (“Beautiful Scum” by Ashbury Heights is the only other one I can come up with off the top of my head). Hell, even the topic of “I Don’t Need The City” is pretty fresh and welcome…even if the subject of getting out into the wilderness as a means of reconnecting with self and reality has been dealt with by at least one synthpop mega-act (I tried my best to avoid mentioning Depeche in this piece, I really did). Say, has anyone else ever thought of Mute labelmate Fad Gadget’s “Back To Nature” as a satirical response to “Stripped” (I’m assuming Frank Tovey had a time machine)? But I digress…

So yeah, Gelb is pretty awesome. It’s catchy as hell and finds sweet spots between humour and gravity, and production and songwriting. Hearing it six years back might’ve encouraged me to keep a closer eye on futurepop, though I’d likely have just moaned about lesser records not measuring up to it. So, there you have it! Alex has successfully pitched and sold me on Neuroticfish. Tune in next week when I try to convince him of the merits of Tourniquets Of Loves Desire by Children On Stun. (No, not really, but my pitch is gonna be a tough sell…)