Welcome to the second installment of our new feature The Pitch, wherein one of our senior staff members tries to sell the other on an album they haven’t heard, solely on the basis of its individual merits. This week’s record is by a group who have traditionally been a bone of contention in these here parts, which is sort of the point of the whole exercise. Give us an intro to the give and take, B. 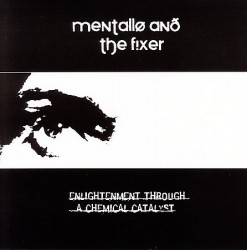 Mentallo & the Fixer
Enlightenment Through A Chemical Catalyst
Alfa Matrix

Bruce says: I’ve always loved how thick and layered Mentallo and the Fixer records are. More than any other act of their generation, they seemed to latch onto the dense claustrophobia of Puppy and run it into the endzone (yelworC would have to be the other major name in that discussion). After brother Dwayne left the outfit, Gary Dassing released a flurry of Mentallo records (including the awesome “best-of reconstructed” Return To Grimpen Ward and tepid Vengeance Is Mine) at the turn of the millennium before going on hiatus. Having not expected to hear anything further from the project, I was stunned by the warning shot of the Commandments For The Molecular Age single, and then the full-bore headfuck of Enlightenment Through A Chemical Catalyst which arrived in January of ’07.

I’m not necessarily positing to Alex that Enlightenment is a modern classic which everyone should own or love. It can be frustrating, obtuse, and impenetrable. It can also be evocative, terrifying, and mind-blowing. Florid, druggy, indulgent, and expansive, tracks explode, contract, and make about-face turns without any warning. There are precious few pieces here I’d really feel comfortable classifying as “songs”; as wanky as it sounds, “electro-industrial composition” might be a more appropriate description of what’s in play. Outside of Coil and related acts, I can’t think of anyone in the industrial field who’s gone down the psychedelic rabbit hole as far as Dassing does here. Remember the old :wumpscut: tagline, “music for an apocalyptic fairyland”? It suits Enlightenment to a tee. It’s a radical experiment in just how far the electro-industrial envelope can be pushed without abandoning its markers (and entering into noise, ambient, or glitch), and is more than deserving of a close listen on that basis alone. 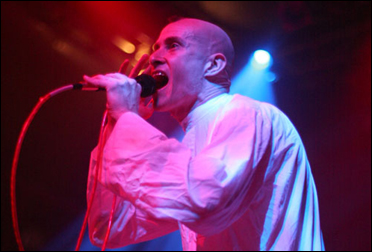 Kinda got a krishnacore thing goin' on there Gary.

Alex Says: I’ve never been much of a Mentallo and the Fixer fan, unless you’re talking about the classic Marvel supervillains created by Stan Lee and Jack Kirby in the pages of Strange Tales. Considering my Rivet-4-Life pedigree that admission is probably enough to get me barred from any theoretical rec.music.industrial reunions, but there’s always been something that put me off the Dassing brothers’ work. My initial exposure to the brothers would have been back in my college radio days when my tastes in the genre were being formed, and at the time I thought their stuff was too spacey and unstructured, especially in comparison to the rigidly constructed dark electro that I was all high on. I can specifically recall listening to the Centuries EP and deciding that it just wasn’t for me. I do recall liking the Mainesthai stuff well enough at the time, although I’m not entirely sure I realized that it was the Dassings behind the project. Regardless, I’m an open-minded fella, and despite my reservations going in, I’m willing to give a relatively contemporary album of theirs (or I guess his now that it’s just Mentallo/Gary Dassing running the show) a shot, if only so I can reaffirm my opinion.

I’ll admit to feeling some trepidation upon first loading Enlightenment Through A Chemical Catalyst into iTunes and seeing several 10+ minute tracks. For all my love of IDM influenced industrial bands that have made use of large canvasses to stretch their sounds, I’m also a terribly impatient person, and minus some remarkable textures or instant hooks I find it hard to get engaged in songs that take their time getting to where they’re going. Call that a personal failing; I’ve got a short attention span and a to-listen-to pile that stacks up to my knee. “Outside the Pharmacy to Fairyland” and “Amigdula” defeat that expectation somewhat – I don’t know that my ear is more trained than it used to be, but I find myself listening to them like I would an extended jazz piece or a multi-movement classical piece, ie, as variations on themes. Neither song stays in one place for very long, but both maintain a strong thematic coherence throughout, an organic sense of growth with each new segment growing out of the previous one, occasionally crawling back almost imperceptibly to where they began. Ironic then that the following track, the 11 minute “Very Sudden Onset Of Incoherence” is so titled: while it functions in the same fashion as the preceding songs, it plays more like a series of stitched together ideas. Some of the eastern influenced melodies and percussive sequences are quite nice, but they play more like a random sequence of sounds, ultimately to their detriment.

I’ve always been a sucker for bands that push post-industrial in the Puppy vein into weirder territories, and I’ll happily admit that there are some numbers on Enlightenment that do that. Much like Gridlock did on their first two albums (to my mind the pinnacle of 90s records that used SP as a launch pad), Gary Dassing has absorbed the Kevins’ lessons in where to place sounds in the stereo field to increase their impact. Album closer “Commandments For The Molecular Age” makes stunning use of that trick in its arrangement: mechanical samples and reverbed synths sweeping in from either side, accenting a simple repeating figure at the center of song. It’s the densest moment of the record, but everything in the mix exists in such a captivatingly perfect orbit that it never feels cluttered. The more song-like moments mid-record have a similar style, but fall short of achieving the same equilibrium: “Coming Apart Perfectly” feels messy, a victim of too many musical ideas in close proximity. “Brute Force Uploading” by contrast is more reserved and consequently more successful. Although not up to the album’s best pieces, it does have some notably pretty moments and a hypnotic, psychedelic groove.

For all my complaints about a lack of coherence, I found myself drawn into the record as a complete listening experience, which I suppose lends credence to Bruce’s “electro-industrial composition” tag (I’m sure someone on last.fm has already made use of it, probably for some record I’d find unbearably wanky). Even taking into account that admission, I wish there were more tracks like the simple synth and vocal opener “Once Upon a Time”; too frequently I latched onto a neat sounding motif just before it was obliterated by the next one. “Felt So Good I Cried” is in the right ballpark with regards to allowing its sound to blossom, but sans any suitably evocative melodies ends up feeling more frustrating than anything else. When only have half of the equation is present, the stuff that is there loses something and you end up with songs that are less than the sum of their component parts.

With those criticisms in mind, I’m willing to call Enlightenment Through A Chemical Catalyst a mixed success. It’s never boring certainly, and has some truly fantastic passages, which I can appreciate even when they’re operating in a kind of isolation from what we traditionally understand “songs” to be. That raises a host of questions about the way we listen to music and the context provided by the listener’s expectations, and for that alone I’m willing to give Dassing kudos. The value of difficult records is often in the way they force us to examine our consumption of music, and even for a nerd like me who spends an inordinate amount of time thinking about this stuff, Mentallo gave me a run for my money. I’m unlikely to reach for it when I’m looking for some casual listening, or forgive its crippling lack of focus during certain stretches, but if the goal was to challenge me as a listener, well, I’d say mission accomplished. 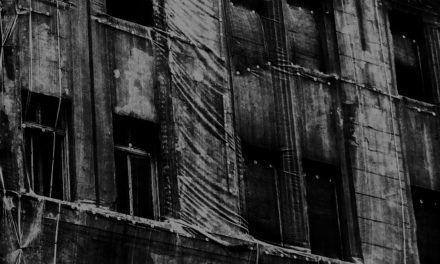