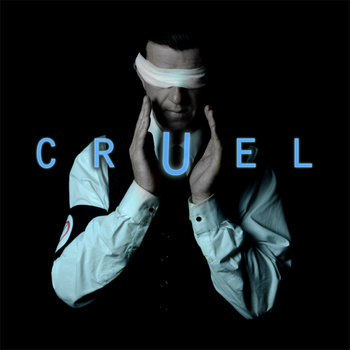 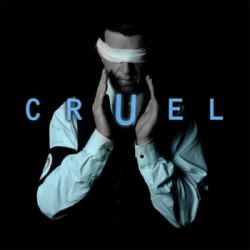 Scott Milton’s been a familiar presence around ID:UD HQ in the years since we opened our virtual doors. He was the very first person we interviewed for the site, his sophomore record as The Present Moment was one of our favourites of 2011, and he’s kept himself busy in the years since with some remixes here and there. At the same time, Milton has proven to be utterly unpredictable, appearing and disappearing in the blink of an eye. This weekend, the release of third TPM album Cruel arrived in our inboxes with essentially no hype or lead-up, prompting a quick scramble to get it fired up on the speakers. After multiple listens to Cruel its connections to Milton’s extant oeuvre are clear enough, but with enough distinct shifts away from various parts of The High Road and Loyal To A Fault‘s aesthetics that the abrupt return perhaps helps it stand on its own.

Right out of the gate, Cruel is imbued with a lush melancholia which stands in stark opposition to the stripped down bounce of Loyal To A Fault, even if the synthpop structures and melodies underlying each aren’t that far removed. Trappings and appearances matter, though, and the gauzy, filmy haze which surrounds the wistful simplicity of opener “Love Of Money” is as much a part of its charm as its hooks. Not unlike “Kidney Bingoes” era Wire, it has the sort of rolling ease which makes the potential cut of its lyrics feel all the more fraught. It’s got frisson, as the French might say. That shimmering aura holding just around the edges of songs continues for most of Cruel; the dour but dramatic “General Relief” wouldn’t have felt out of place on The High Road perhaps, but while the latter’s occasionally lo-fi style felt like an embracing of happenstance during the production process, on Cruel any softness or fuzz feels studiously applied, intended to heighten recurring themes of confusion and betrayal (a move which works more often than not).

It’s tough to think about Cruel‘s differences from its predecessors without considering the absence of Phillip Munch. The Synapscape/Rorschach Garden honcho was present for the recording of Loyal To A Fault, but Scott’s now collaborating with someone else, Ross Totino (not having much luck sourcing his resume as of yet). It’s all speculative and the sort of induction by elimination that marks children’s logic puzzles (“the killer wasn’t wearing red according to the person sitting to the left of Mary”), but I wonder to what extent Totino can be credited for Cruel‘s new lushness.

Freud and others didn’t spend countless hours ruminating on the uncanny, that haunting threshold between the familiar and the alien for no reason. Hearing a new release by a favourite band that’s “similar…but different” is never tiring because each artist has as many avenues of difference from their own work as they do from the work of others. The doomy bass of “Intrigue” is really the only track from Loyal To A Fault which might have presaged the ghostly patinas which hover about all of Cruel, but even if I’d presumed to take that as a keystone for Milton’s work moving forward I’d never have predicted the scrapy bite of “Shallow” or the tense night run of “Battle To Crawl”, both utterly new types of Present Moment tracks…which no fan of the band could ever mistake for anyone else. I suppose this is why we’re in the music review business rather than the prognostication racket, and to that end Cruel continues to deliver everything which we’ve ever celebrated The Present Moment for, with unfamiliar familiarity.