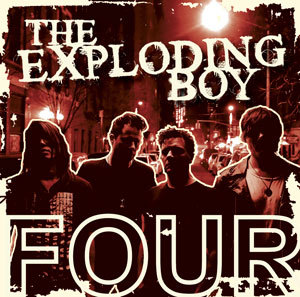 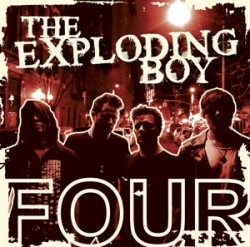 Most of the bands who made a go of raiding post-punk’s sonic tropes for the radio have either moved on to crass lifts from “new wave” (a coded rock critic way of saying synthesizer) or simply disappeared. Indeed, with the exception of Interpol it was never that successful a formula when it came to getting over on rock radio: when the best case scenario is settling into the mid-card-opening-for-the-bands-you-idolize circuit a la She Wants Revenge it’s likely no surprise many of the pertinent examples of the style haven’t stuck around.

Sweden’s The Exploding Boy are still here though, and their new Four comes across as an effort to marry the fairly straight pop oriented post-punk of their earlier records with production fit for mass consumption via whatever channel people find about new rock bands these days. That might seem like a criticism but truth be told I think it’s a strength; far from watering down what they’ve always done in an attempt to crossover, they’ve gamely shuffled their sound up to make room for the big radio choruses and blasts of guitar with reasonable success. Some might balk at the fuzzy straight ahead riffage and big production that defines cuts like “Cracked/Reasons” and “Street Cliche” but I think they’re stronger songs for their pop moves. A band can’t live by chorused basslines and reverbed snares alone, at least not in 2013. There’s a degree of shamelessness in how forward these songs are sonically, although at around 40 minutes in length Four plays through speedily enough to excuse a lack of subtlety.

Of course making spooky punk over into over the top r n’ r isn’t a new idea by any means: the Sisters of Mercy allusions on lead single “Dark City pt. II” are evidence enough of that. It’s a cracker of a song, and leads into the equally exaggerated “Runaways”, a number that starts all Bunnymen and ends all Killers, but better than that descriptor might suggest. Speaking of Echo and company, their vibrato fingerprints are all over the strummy “Going to Hell” and the quirky “Awful”. As influences go it’s still a pleasantly fresh one, and beats listening to yet another Joy Division-by-numbers pastiche (a creative albatross around the neck of most post-punk) by a fair mile.

The fact that these songs are more easily described by comparison to other bands than by enumerating their individual sounds should tell you something; chiefly that this isn’t trailblazing stuff. Still, their footsteps on the well trodden path are sure and true and I’ll take a catchy song beholden to an artist I like over a boring original one any day of the week. Four is a fun listen and could happily slot in with a few other like-minded albums by artists like Ulterior, solid rock music with dark trappings, hooks and a willingness to own its bigger aspirations. 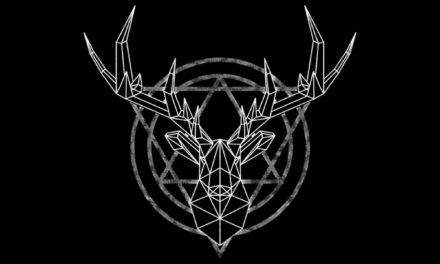 FIRES, “All My Dreams Are Of This Place”