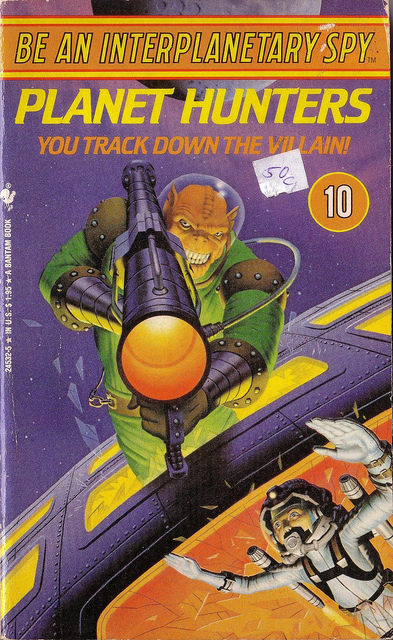 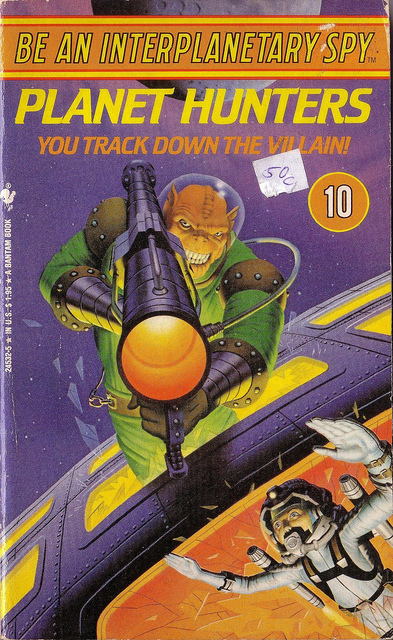 As with so many of our mixtapes, this one started life with a different purview: some kind of half-baked italo thing. As we picked songs it sort of developed an outer space vibe, which hey, we’re fine with: our love of hard and golden age sf is not inconsiderable. Halfway through the process we remembered how badass the “Interplanetary Spy” series of choose yr own adventure/puzzle books were, and boom, here we are. The end result is a mix of italo, space disco, and deep and dramatic electro. Stream below, download from here, and keep watching the skis.

So Fragile #20: Planet Hunters by I Die: You Die on Mixcloud

Cryo, “Singularity (Future Population Mix)”
Sweden’s Cryo have always had a rep as an act for deep electro-industrial heads; not unlike the Masta Ace to Covenant’s Snoop Dogg if you catch us. Even if you don’t, there’s plenty to dig on this deep-orbit cut from their excellent Beyond EP from a couple years back.

S U R V I V E, “Hourglass”
We love Austin’s S U R V I V E’s debut LP for a lot of reasons: its rich n’ creamy, classic space rock production, its subtle but strong moves in albumcraft, but also because this beat-heavy standout track sounds absolutely killer in the club whether it’s pitched up to floor-packer BPMs or dropped down to a glacial, stoned pace. We didn’t touch it for its presentation here: enjoy!

Kirlian Camera, “Edges”
It might be difficult to imagine now given their absolute mastery over darkwave and related subgenres, but early on in their career Kirlian Camera held a strong affinity with the darker side of italo disco, with Angelo’s Hipnosis side project releasing some of the genre’s most treasured 12″s. Here’s a classic interstitial track from 1984, pointing back to their spacey, melodic origins and the super-dark, dramatic territory KC would go on to conquer.

Syrian, “Dreaming”
In a summer marked by some really excellent synthpop, Syrian are making a bid for top honours. We were never expecting to love their comeback, the italo-flavoured Death of a Sun as much as we do, but here we are, rocking out to it even as we write this tape tracklist. Great stuff, and certainly on topic for this theme.

Galaxy Hunter feat. Tiziania Rivale, “Don’t Be Alone”
Of all the acts featured on this tape, Galaxy Hunter is the one most closely tied to the original strains of space disco and italo disco. From a North American perspective, phenomenons like italo, new beat and balaeric seem like erratic missives from across the pond, almost free of context or lineage, but there have been very pure strains of the genres which have been kept free of our dalliances. Here’s a legit Eurodance blast of modern vintage from the Italian act’s Running High LP.

Noblesse Oblige, “Runaway”
No idea what to expect with the new one from Noblesse Oblige. Their last album deftly mixed up weird cabaret pop, electro and a host of other sounds into a heady brew, but the tracks (like this one!) we’ve heard so far from Affair of the Heart seem altogether different. The CD sits here on the HQ disk, almost daring us to check it out. Okay Noblesse Oblige, challenge accepted. Expect a review shortly.

S.P.O.C.K., “And the Children Shall Lead”
Named for what is by popular opinion one of the worst episodes of OG Trek, we’ve always had a sweet spot for this track from these Swedish Roddenberry enthusiasts. There’s just something so pleasingly fun and nerdy and comforting about songs like this one and “Out There”: music that is unapologetic and genuine in a way so much music is incapable of being. A perfect summer time outer space jam for the discerning ear.