As you read this I am no doubt convalescing in bed with a massive hangover, a souvenir from the final night of the mighty Sanctuary, Vancouver’s longest running alternative night which shuttered its doors last evening. That night means a lot to us here at ID:UD. For years it was a destination for us to learn about music, meet people and see shows, and the influence of the folks who DJ’d there before and with us at the night is palpable in every sense of the word. It’s fair to say that if we had not had the chance to spin and hang out at Skank that Bruce and I would not have founded this site, or be as good friends as we are today. Much ID:UD love to our friend DJ Pandemonium for giving us a place to play music and dance and get drunk for so many years, to selectors like Maleficent and Pyxis for helping to show us how wide-ranging a goth-industrial night could actually be, and to all the alt scene folks of Vancouver who kept coming out to have fun through thick and thin. An era has ended in Van City, and we shan’t see it’s like again. Here’s some new music for you to enjoy, just don’t make too much noise as I’m trying to sleep it off in the other room.

Youth Code, “Tiger’s Remorse”
You may have see this track (taken from their new 7″ of the same name, on sale now) pop up in a few spots this past week, most surreally on the front page of Pitchfork of all places. They deserve the buzz: the uncompromising electro-industrial and EBM plied by the duo has rapidly earned them a rep as a band that folks in and out of the traditional rivet scene can get behind, and with an album due this summer, anticipation to see where this LA duo take things is running high. We’ve been saying it since we first saw the video of their debut performance: this act is one you can’t afford to sleep on if you care even a little about new and exciting developments in industrial. You’ve been warned!

V▲LH▲LL, “†Rains of Castamere† (feat. Gothesque)”
Our beloved ghost Vikings don’t stop ’til the party is a bloodbath and the internet is busted in half by the howls of agony. Not only did the Bandcamp version of their second excellent split with M‡яc▲ll▲ MΛLLEVS MΛLΞFIC▲RVM drop this week, but they put also out a new pay-what-you-want single featuring remixes by ∆AIMON and Gheists. As if that weren’t enough, they also saw their way to releasing this interpretation of “Rains of Castamere”, a song from Game of Thrones that fans of the show should well be familiar with at this point considering the connotations. No spoilers!

The Causticles, “Stranger Danger”
Look, I could write something about how a collab between Matt Fanale and Brian Graupner is bound to be odd: I’ve met both those dudes and they’re exactly how you might imagine them from listening to The Gothsicles and Caustic. I could mention that their forthcoming album as The Causticles is gonna be out on Matt’s Undustrial records, a label he’s starting up specifically for side-projects and DIY releases. I could even mention that this song endeared itself with a Camus reference. But all I want to write is that, Jesus Christ, street smart videos in the 80s (one of which is sampled for this) were god damn insane and terrifying. Feast your eyes, and be ready to take a shower afterwards.

3 Teeth, “Master of Decay”
This came out so quickly on the heels of the revelation that was 3 Teeth’s first released song we almost forgot to mention it here. That woulda been a shame, because if “Pearls 2 Swine” was the warning shot, this number is a full-on assault, all marching drums, sustained chords and threatening vocals. It’s some kind of howling electro-witchy-industrial hybrid that can’t quite be placed in the lineage of any of the styles it references, which is fine by us, questions of providence should fall by the wayside for a tune that bangs this hard.

Malakwa, “Made of Meat”
French electro-punkers Malakwa have flitted around the periphery of our interest for a while now, our attention held by virtue of a couple of killer tunes on their debut album and a few songs released since that range between dubsteppy-electro and all out guitar attack. This number from their new album gets to be both and is all the better for it, with guest Phil Barry (Be My Enemy/Cubanate)’s thick six string propelled by some bratty vocals and some pumpin’ bass and drums. Not shabby, we’ll be having a look at the whole of the self-released LP at some point in the near future, check it out here if you’re impatient. 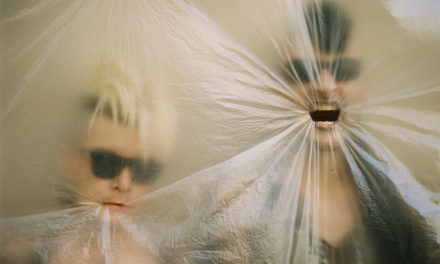