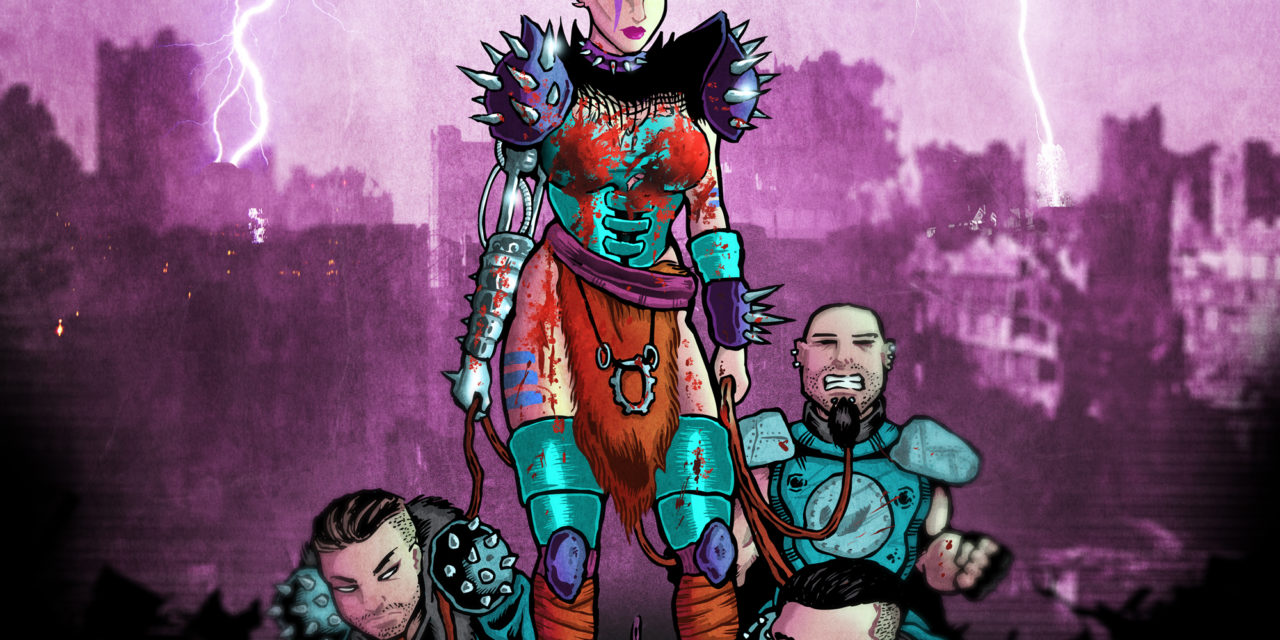 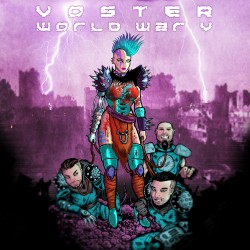 A collaboration between the three minds behind Voster could have gone in a lot of ways. In different universes, Jamie Blacker (E.S.A.), Yann Faussurier (Iszoloscope, Memmaker), and Scott Fox (iVardensphere) might have dropped a bleak rhythmic noise joint, or perhaps some rich and creamy IDM steez. While definitely bearing the mark of all three’s existing work, Voster is a tightly programmed beast of a different order, aimed directly at the dancefloor. Their EP brings all of the wet beats and swooping klaxons which one associates with modern industrial dance, all instantly accessible, but also showing how much difference deep knowledge of programming can make, even when working in an ostensibly simpler subgenre.

World War V‘s title initially reminded me of a classic Onion bit about the escalating disposable razor wars, “Fuck Everything, We’re Doing Five Blades.” “Everyone’s and their dog has written an industrial song about an apocalyptic World War III, and yeah, we could one-up them by going to World War IV, but screw it: let’s cut them off at the knees and jump right to the fifth World War. We’ve got nega-cannons powered by darkness relayed from Azathoth’s shadow.” As it turns out such hyperbole isn’t far-off: the band’s name and the record’s concept revolve around some sort of cybernetic barbarian queen of futuristic wastelands, with the band held in psychochemical thrall to her. Goofy? Perhaps, but when you write instrumental noise records about sexuality and base entire bands around the quantifying of loneliness, you’re entitled to some fun on the weekend.

The music’s just as unabashed and consistent as the concept, with all the tracks hovering around 140 BPM. Pitch-bending leads often drive the tunes, somewhat recalling Memmaker, but with less grimy texture underneath. Sleekness is the order of the day, whether it’s the the rhythmic guitars pinned to the leads on “Multi Purpose Saws” or the ear-tickling gated squall and rubbery arpeggios which duke it out on “Head To Heels In Steel”. The trio’s skill not just as producers but as composers is perhaps World War V‘s best selling point, though: tracks’ builds and falls are unpredictable but engaging, keeping dancers guessing without ever being obtuse just for the sake of it. Once you’ve heard a certain number of post-2006 tracks which have the dancefloor as their first priority, it becomes depressingly apparent how formulaic many of them are, with a seasoned listener able to plot out every aspect of a song within hearing its first thirty seconds. Such is not the case here. Speaking as a DJ, it’s a boon to hear songs which you know are gonna go off well in the club instantly but which you won’t think any less of yourself for spinning the morning after.

Blacker’s vocals are undistorted, well up front in the mix, and smoothly switch gears between impressive barks and smoother tones. Factor in the wacky concept around which the lyrics revolve and World War V is a refreshing and varied break from the usual vague aggression or third-rate emotional journalling we often get in industrial dance.

Like I said, the braintrust behind Voster could have done just about anything, but perhaps by lending their smarts to a field often bereft of them they’ve made more of an impression than if they’d kept affairs closer to their day jobs. While never straying too far from doofy aggro (or from the floor at all), World War V shows just how much difference proper knowledge of production and composition makes, even in projects that are solely about dancefloor fun.

World War V is available by donation on Bandcamp.