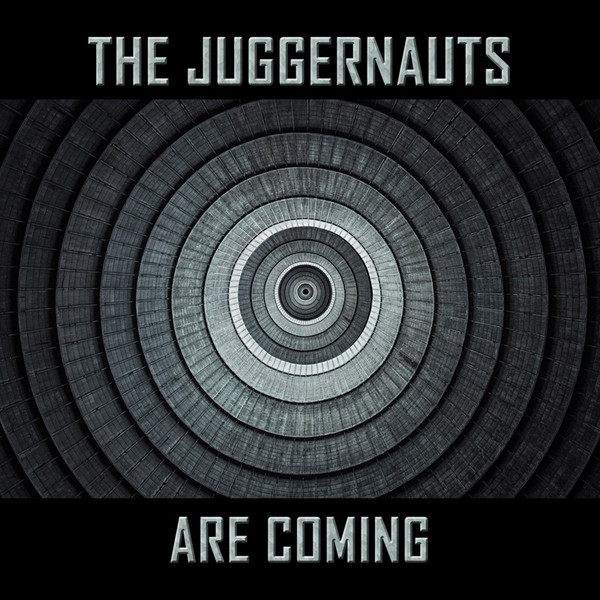 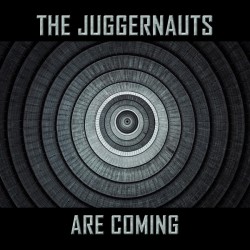 The Juggernauts have quite the pedigree as an EBM project, being made up of Peter “Borg” Mastbooms, ex-of Vomito Negro and sometime live member of The Klinik, and techno DJ and producer Glenn Keteleer, better known as Radical G. Their first full length The Juggernauts Are Coming certainly reflects some of that creative heritage, with a collection of ten body music compositions in the neo-oldschool vein, albeit sampling from various styles within that rubric.

The best songs here are the ones that make room for texture and atmosphere to build up around the omnipresent staccato basslines. The title track and opener is an especially good example, a seven minute slow grind built around a simple repeating synth figure with drums, pads and echoing vocals from Borg coalescing into a surprisingly ominous whole. The spare drum programming of “Abyss” and the budget 242 nod “Damages Illusions – V.2K16” certainly reinforce the idea that The Juggernauts understand how to use the breathing room between the rhythm programming to build out their ideas into moving, pulsing songs.

Given that, the album feels less interesting when it goes the straight muscle and hate EBM route, despite the project’s general competency at it. “Plastic World” is one big fat bassline with Borg spitting out various admonishments about the artifice of modern life, with some boilerplate metallic percussion sounds sprinkled on top for good measure. “Drinking Blood” feels like something of a Klinik tribute, but minus the queasy, sick disposition that really made the songs of that group’s classic era stand out, it never escapes simple homage. That said, there are a few moments where the Radical G techno-crossover touch is welcome, like on the new version of the previous released single “Phoenix”, where a nice modern mix brings some of the song’s sequencing into sharper focus.

The Juggernauts are Coming is generally a decent album, one whose standout tracks hint at bigger things, at least enough to escape some of inertia of the lesser songs. In the moments like the new versions of the previously released “Infected” and “Purge” it reconciles moody production and brute force and reveals an arresting and unique character in modern body music.