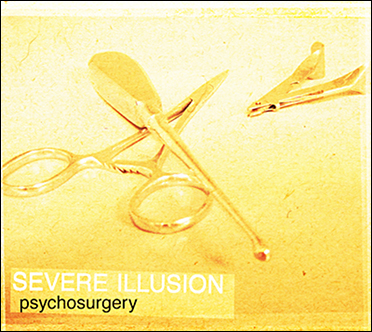 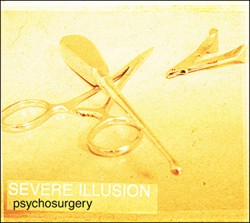 Cynical isn’t a strong enough word for Severe Illusion. Misanthropic is closer, but there’s no malice or hatred in what these Swedes do, no sense that the intense contempt that comes rolling off their albums in waves is founded in anything that isn’t totally reasonable. Political corruption, the inherent heartlessness of the so-called first world, our species’ inexorable push forward to self-annihilation; not fun stuff to dwell on, but to Fredrik Djurfeldt and Ulf Lundblad it’s more than just downer-bait. For Christ’s sake, read the news, pick up a history book, who wouldn’t be pessimistic? Their new EP Psychosurgery is as front-loaded with mordancy as you might expect, but – and this feels weird to say – it might also their most accessible release to date.

2011’s No More Alive than You Deserve was a favourite of ours, but one that admittedly took some time to grow on me. There was a dryness and a bleakness to it that took some adjustment, its basslines and decidedly sparse arrangements allowing no easy route of ingress for the listener. While it holds true that the style of classic harsh EBM that Severe Illusion trades in isn’t exactly optimized for ease of listening, Psychosurgery has a marginally more produced and dynamic sound that feels easier to slide into in spite of its harshness. For one thing, the EP has hooks, where previously SI have been driven almost entirely by rhythm: the well placed lead on “Bite the Dust” and the tightly sequenced synthline that intros “Contribution” don’t come across as concessions to approachability per se, more like added elements of complexity in service of the songs themselves.

The sound of the EP is also saturated with distortion in a way that fills out the mix, the deliberate leanness of the songs augmented and rendered easier to “get”, somewhat odd considering their harshness. Where Severe Illusion have always been confrontational, the corroded drum and ringing synths of “Lobotomobile” are not “come and get me” so much as directly in the face of the listener, with less allowance for your attention to wander. Even on the comparatively laid-back instrumental “In the Corner of My Eye” the use of static and noise is pitched for maximum effect, infiltrating the cracks in the programming briefly and then retreating backwards as counterpoint. As paradoxical as it seems, becoming what could be perceived as more coarse and stringent has opened Severe Illusion up to new avenues to engage the listener.

I don’t know that Psychosurgery could be coming out at a better time. Smack dab between the release of Vomito Negro’s excellent Fall of an Empire and the soon to be released comeback from the original Klinik line-up, it falls in line with both, a fun aperitif and digestif in what is shaping up to be the year harsh EBM was reclaimed from the gasmask and body armour crowd. As a first taste of what Severe Illusion has to offer before delving further into the catalogue, or just as a reminder of what they’re capable of even as they expand outwards creatively, it’s an acerbic and pointed success. 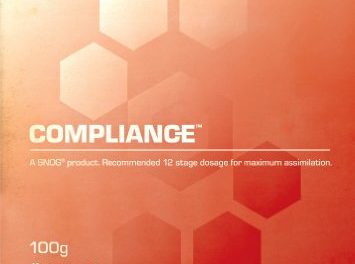