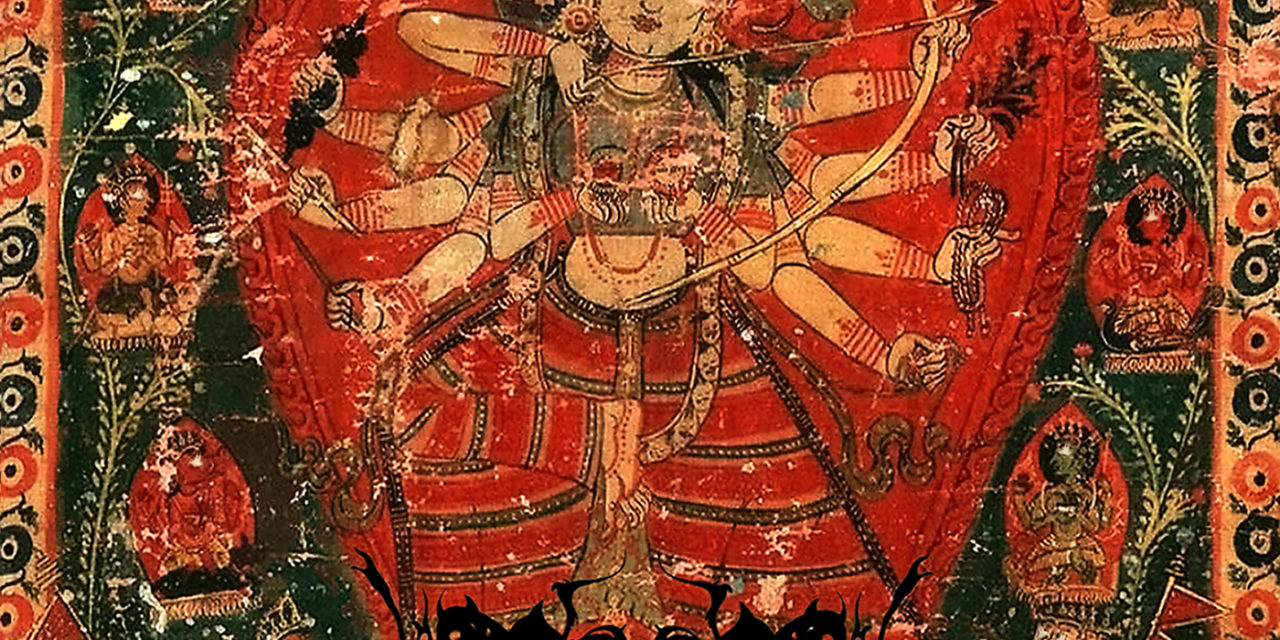 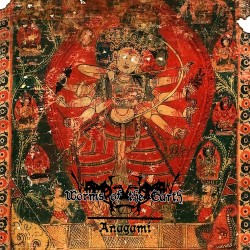 Industrial and tribal music (a loose term that usually equates to hand drums and vaguely eastern instrumentation) have a pretty good track record together. This Morn’ Omina have been plying the mixture to good effect for a decade and a half at this point, and newer acts like iVardensphere and Distorted Memory have been moving things forward with nods to a wider spectrum of rivet-minded sounds. Washington DC’s Worms of the Earth are another act exploring the nexus of the two genres, their new album Anāgāmi forgoing much of the rhythmic noise elements of their previous efforts for a more considered and ultimately much deeper listen.

My cursory research into some of Worms of the Earth’s previous releases suggested an act still finding their feet somewhat. While their 2010 effort The Ophidian Gate definitely showed an affinity for atmosphere, it also suffered from some flat sonic textures and emphasized the distorted beats over the more interesting dark ambient leanings. Anāgāmi goes a ways towards rectifying that, and it’s in fact a very well put together record from a production standpoint. There are still some numbers that play as power noise, but they’re quite balanced, never allowing the waves of crushing beats to overtake the mix. Two early tracks “Exhuming the Tome of the Worm” and “Enshrined in the Sacred Stones” display a fairly good understanding of push and pull, unfolding slowly and building a dark aura for the rhythmic elements to push through, nesting their harshness within an ominous pall.

However, it’s the songs which lean on Worms’ skill at integrating organic sounding instrumentation and samples that really sell the record. Opener “Wandering the Realm of Wind and Sand”‘s reverbed chants and layering of plucked strings have a pleasantly fluid and immaterial quality to them, a quality shared by “Kaivalya”, an even more ghostly number that suggests dusk rather than the black of night. I quite like that feel; rather than immersing everything in inky pads and soupy echoes the album has plenty of moments (especially late in the proceedings with the two part “1st Jhāna [Dimension of Space]” and “2nd Jhāna [Dimension of Consciousness]”) where enough light is allowed to shine in to highlight some interesting rhythmic interplay between the natural and unnatural sounds, glitched electronics weaving nimbly between fluttering melodic figures.

I like Anāgāmi. As a complete listening experience it has a lot of sides to it, and the three or four playthroughs I’ve spent with it have each each revealed some previously unnoticed dimensions. If pressed to critique it for something, I’d perhaps suggest that there are too few moments where all of its strengths play directly off one another; the title track and “18 Hands of Cundi” make an amazingly good case for Worms of the Earth’s ability to bring place heavy drums, sampled voices and instruments against a floaty backdrop all at once, and it would have been good to hear the project explore that less segmented approach a bit more. Still, despite some compartmentalization, the record still does what it does well and serves as a calling card for an interesting and accomplished voice in one of industrial’s oft-visited branches.