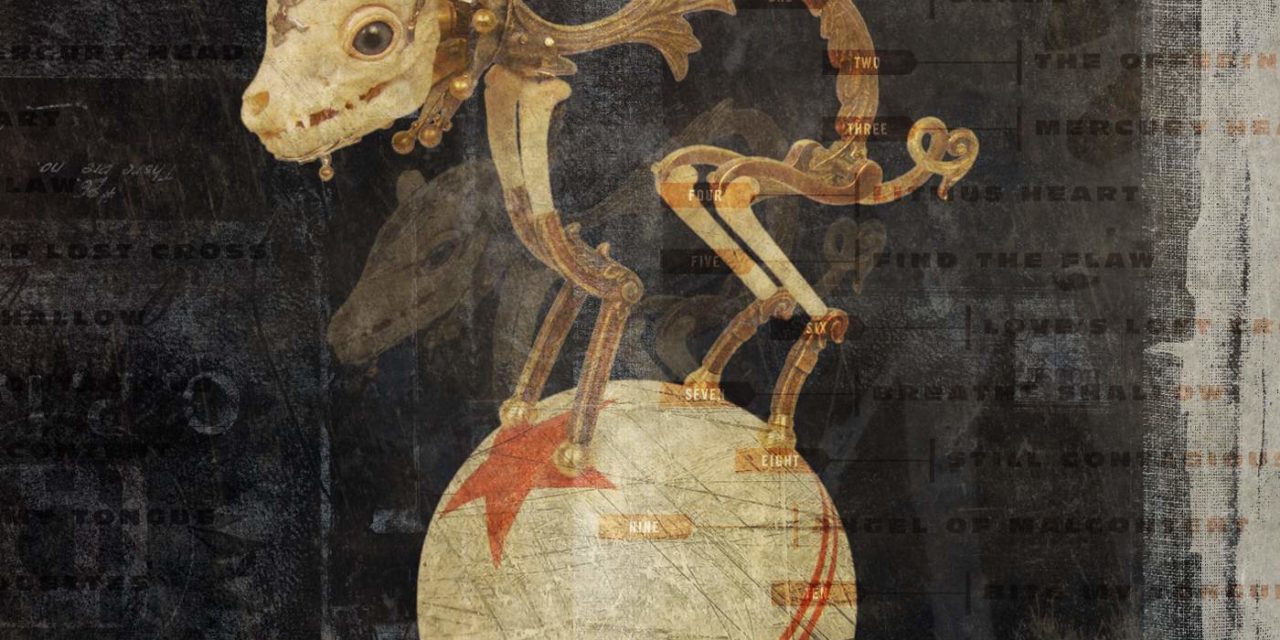 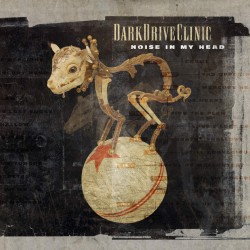 DarkDriveClinic’s debut of dense and lush shoegaze and slinky rock staggered under the weight of its own baroque production from time to time, though producer extraordinaire John Fryer and vocalist Rebecca Coseboom showed some nice chemistry and delivered some good tunes while they were at it. I’m always keen to hear what remixers do with heavily produced source material: at their best they streamline affairs for dancefloors while keeping all of the heady atmosphere that made the original work, but they also run the risk of their own sounds not measuring up to the standard of that original (again, check Fryer’s credentials), creating an uneven patchwork effect. Let’s see how this batch of challengers fare on this seven-track EP!

“Breathe Shallow reMix by Jimmyjoe Snark III from The Weathermen/Ghost&Writer”
Noise-drenched snares and static washes take over, drawing from the original track’s dense sound on the chorus and stretching it out for three minutes. It should feel claustrophobic, but it’s actually kind of meditative (in the way good power noise can be), and some liberal use of back-masking allows the pleasant tone of Coseboom’s vocals to come to the fore.

Silhouettes reMix by Angels & Agony”
The Curve-esque maelstrom of guitars on the original is brought to heel with some snappy drum programming, and Coseboom’s stellar vocal performance clicks between at least three very distinct modes. The synths mirror this by shifting through a number of permutations, always staying club-friendly but without falling back on any of the cheesy builds you might anticipate. A solid, open-minded floor mix.

“Find The Flaws reMix by Pink Side Of The Moon”
An excess of guitar blotted out some of the original’s more interesting passages in my humble estimation, but those are kept tamped down here, building tension before being allowed to bust out two thirds of the way through. Some pretty, liquid washes and strings are adding, keeping this mix unassuming but tasteful.

“Find The Flaws reMix by 8mm”
Another more stripped-down take on this number, this time with staccato drum fills and big sweeping synths taking things in a cinematic direction on when the choruses crash in. The somewhat Siouxsie-like moves Coseboom makes on the verses are given plenty of spotlight, too, which is a smart move.

“Breathe Shallow reMix by Andrew Lindsay/Part No.7”
Amplifies the discomfort and anxiety of the original with some oddball theremin noises and jarring chords. Guitars feel blocked-in and there’s metallic wheezing sprinkled throughout. While adopting the same “less is more” approach as Jimmyjoe’s mix, the end result and mood is the polar opposite.

“Breathe Shallow ambient reMix by Andrew Lindsay/Part No.7”
Very little happening on this iteration of the last mix with most of the tracks pulled off: just some sustained guitar feedback, the odd click and thump, and some echoing sounds (which may be heavily distorted/washed-out vocals) way in the back of the mix. It’s not bad, but it’s nothing of note either.

The Takeaway: On the whole this is a nice complement to Noise In My Head, with plenty of its component parts being given space to breathe and demonstrate their poise and strength to the listener. If yr just cruising for a simple, no-frills club track, then the Angels & Agony version of “Bite My Tongue” will do fine, but you (and your audience) might get more out of the “Silhouettes” mix if you can find a spot for it.

Noise In My Head reMix Album Part 1 is available by donation on Bandcamp.