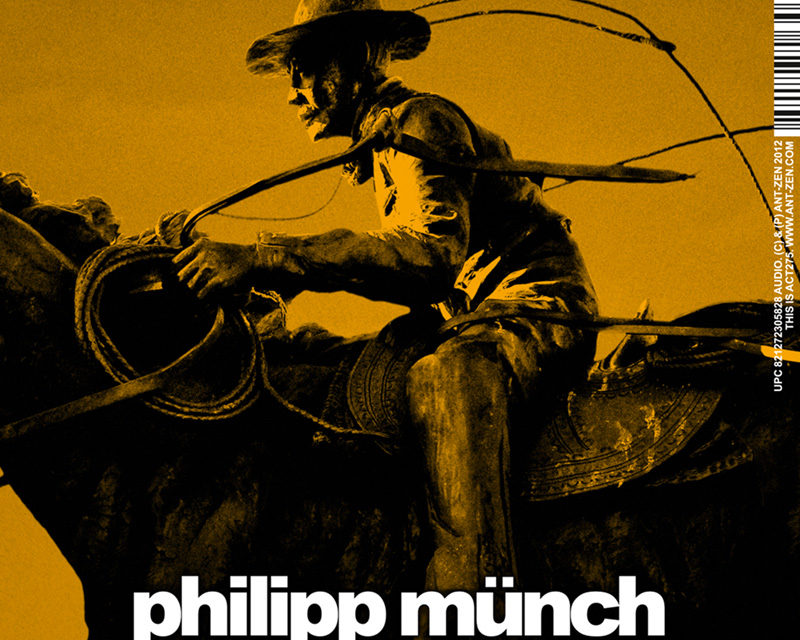 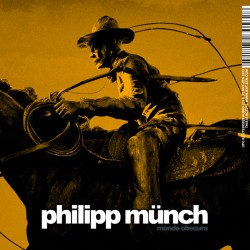 2011 was a good year for Philipp Münch. On top of putting out Into the Absurd, the first record of his long career to be released under his own name, he also found time to work on albums by Synapscape and co-write and produce The Present Moment’s Loyal to a Fault, an electro-pop LP you may recall we rather enjoyed. As an encore he’s put together another solo album for 2012, and while broader in focus than the exercise in shaped noise and industrial classicism that was ITA, Mondo Obscura bears the mark of its maker just as well; a meticulous ear for design and a wealth of sonic experience.

Like Münch himself, the record is difficult to pin down. As befits a guy whose work (both as part of Synapscape, as well as Ars Moriendi and Templegarden’s) helped define the early aesthetic of the now venerable Ant-Zen label there’s a couple of rhythmic noise numbers in “The Way of Anger” and “The Magma of War”, the latter enlivened by a slightly incongruous but still pleasing vocal pairing with Emilie Verbieze of riotmiloo. There’s also a few slices of dubby technoid (“Espionage Version”, “Structure”) and some pulsing ambient (“Despair”) on display, all executed with the same composerly attention to atmosphere and detail.

It’s that quality that holds Mondo Obscura together; while serving up an album of electronic music excursions runs the risk of coming off as an unfocused collection of odds and ends, or worse, a wanky showcase for production skill, Münch uses textural threads to weave it all together. Even outside the context of the album it’d be feasible to identify the buzzy minimalism of “Shifting People” and the slinky female-fronted “Choices Undone” are the work of the same artist.

With that understanding, I think the LP’s standout moments come in the form of two electro-styled numbers. “Raise the Pressure” finds Münch collaborating with his Synapscape partner Tim Kniep on a fuzzy Suicide-esque groove that harnesses distortion to melodic effect, a more pronounced and lo-fi iteration of Absolute Body Control’s recent takes on the same idea. “Sub Divider” plays like an updated version of that template, allowing itself some clean and crisp sequences and a weird, exotic sounding synth hook to serve as a backdrop for the impassioned vocals of Dan Gatto (Continues/Babyland).

It almost feels like a cheat to talk about a record like Mondo Obscura in terms of a simple good/bad axis, mostly because it doesn’t conform to a lot of the standards of albumcraft as I understand them, but is still presented in that format. Suffice to say it has a few quite good moments, is otherwise well-executed and reflects the inscrutability of its creator. Just like Münch can’t be pigeon-holed as “The Rorschach Garden guy” or “the Synapscape guy”, it serves as a pleasant reminder that slipping free of genre can occasionally serve as its own reward. 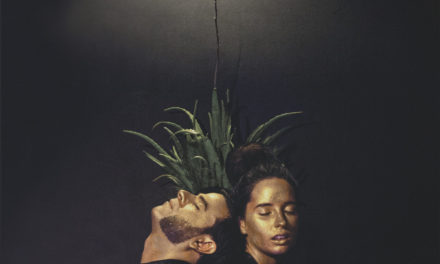 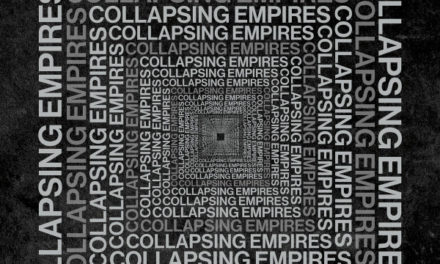