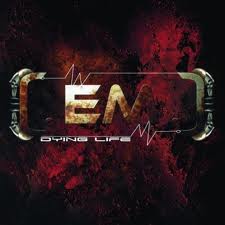 It’s not often I have a change of heart with regards to a record quite so pronounced as the one I experienced between my first listen and my current feelings about Espermachine’s Dying Life. My initial impression of the album from the one-man project of Arkansas’ James Esper, that it feels stylistically stale due to its underlying age (an almost track for track “demo” version was self-released back in 2007) and the easy to spot influences remain true, but at about the third or fourth run through I found myself less diverted by those factors, and more taken with some of the LP’s less apparent charms. It’s a flawed Record to be sure, but one that I’ve come to enjoy on its own terms.

There are two bands that serve as the antecedents to the sound on This Dying Life. The first is Assemblage 23, and although whether that’s due to the presence of Tom Shear as producer or a more general penchant for his songwriting style is unclear, it’s utterly unmistakeable on tracks like opener “Dead Man Walking” and the title song, both of which rely heavily on that project’s specific blend of melody and melancholy. The second is Covenant, who’s spiritual presence is felt both in James Esper’s phrasing and delivery as a vocalist.

Admittedly and undeniably those acts have done a lot to influence the music in the electronic end of Our Thing, so allow me to be clear: if it seems like I’m picking on Espermachine for pointing them out, listen to “Haunting You” or “These Crimes” and all will become clear. Eskil Simonson’s measured croon, A23’s clever transitions between verse and chorus, and the grand, sweeping pads that featured prominently on the mid-career records of both: it’s all right there. They’re also both quite good, a fact that I didn’t notice until the initial game of picking the songs’ sonic predecessors apart ended and I was free to just enjoy them as slices of post-millennial futurepop and worthwhile songs in their own right.

It’s when the songs are less strong that the similarities prove most distracting to the listening experience. “Shadows” is too long by half at seven minutes, never quite achieving the build it aspires to. The failure of “Out of Time” and “A Thousand Days”, on the other hand, is in their overdevelopment; each has a reasonably good melody but feels forced into line with the BPM and the general modus operandi that surrounds it when simpler and more individual arrangements might have sufficed.

I like Dying Life well enough, and there will undoubtedly be songs I revisit on it. Even as I wrote this review I came to realize that the buzzy synth work and effective builds on “A Watery Grave” and the gothy vocal delivery on the chorus to “Hall of Dreams” had made more of an impression on me than I had previously noted. It’ll be interesting to see if Esper can move beyond some of his more on the nose tendencies as a songwriter, producer and vocalist in future efforts; it’s when the project emerges from their long shadows that its appeal is most apparent. 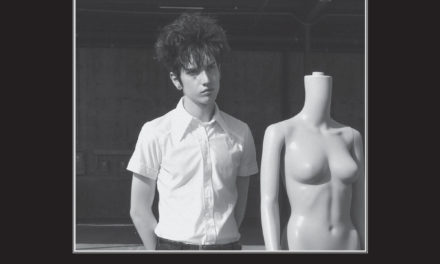