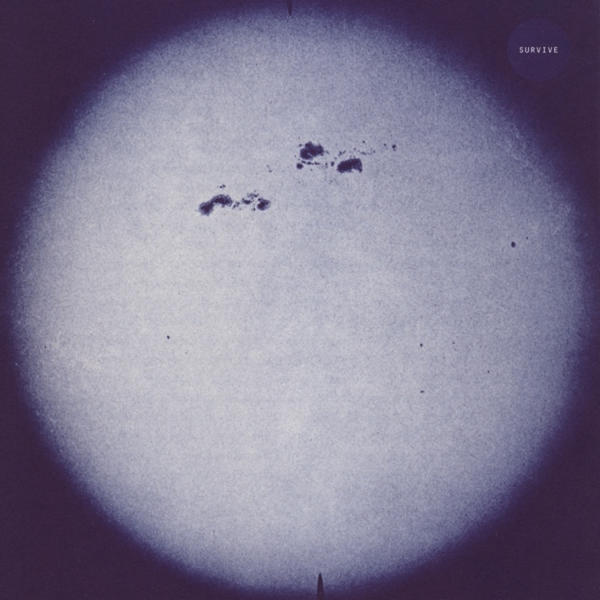 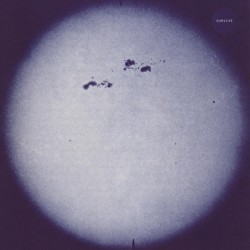 It’s rare that a record that communicates its strengths almost entirely sotto vocce clicks so quickly with me, but that’s just what S U R V I V E’s self-titled debut LP did. Presenting a delicate balance of ambient passages and cinematic, 80s-indebted electro (not unlike that masterfully explored by Gatekeeper), this Austin quartet’s appeal lies in exquisite craftsmanship and atmosphere rather than leads or rhythms. But, unlike so many records which advertise themselves as a “journey” or near-ritualistic works, S U R V I V E‘s sound is immediately appealing and engrossing, and delivers a varied and stunning listen.

From the album art and the beginning of opener “Deserted Skies” one could be forgiven for anticipating an album of nothing but austere, cosmically-minded ambient (even though the track’s deep space drones and sweeps are accented by far more proximal and intimate clicks and crackles). The rubbery, quavering bass of the next track, “Floating Cube”, quickly puts the lie to that, and with some nimble, icy synth leads shows off the band’s solid melodic chops. That’s followed up by another ambient track, though one far soupier and hermetic than the opener. There’s almost a sense that S U R V I V E are feathering the brakes, so to speak; knowing exactly when to add and remove elements and moods. It’s a savvy technique which both draws the listener in and makes sure that none of the record’s modes wear out their welcome.

That canniness continues with new colours in S U R V I V E’s palette emerging as the album progresses. The chimes which alight upon “Black Mollies” two minutes in are a complete surprise, but also instantaneously lend the track a welcome lyricism. Played out of the context of this album, I’d likely never have guessed that, say, the slow, tidal tones of “Shunting Yard” (which almost remind me of early Piano Magic) and the infectious pulse of “Hourglass” were by the same band, but like I said, what’s impressive isn’t so much this record’s range, but how smoothly everything segues together.

While I haven’t gotten my mitts on their earlier singles and EP, S U R V I V E show veteran ears for composition and production rarely found on debut LPs. The rich and warm textural synths which begin to emerge and buoy up the staccato leads and nodding beat over the course of “Omniverse” are a brief, but telling instance of the care and time that’s gone into these pieces. Similarly, despite the stark simplicity of the excellent “Hourglass”‘ core melody and rhythm, there’s way more happening under the hood than its more immediate charms at first suggest.

Gatekeeper. Displacer. Jean Michel Jarre. Access To Arasaka. Jan Hammer. If you like any of them you’ll probably love this, but you’ll probably also hear a whole mess of other points of comparison I’m not catching. It’s the rare record which is this approachable that also demands to be called a tour de force, but there’s simply no better way to describe the absolute clinic S U R V I V E put on here. Highly recommended.