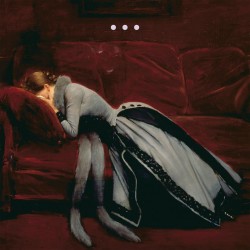 We can’t lie: we’ve been talking about this record on ID:UD since the day we started this site, and have been anticipating its release since we experienced the strength of some of its material live. Between that and our personal, lengthy histories with Babyland, the self-titled debut from Continues arrives with a lot of pre-listen baggage and expectation. Predisposed as we were to like it, we’re happy to report that it’s pretty much exactly what we had hoped for and then some. Continues connects to but also moves forward from the legacy Dan Gatto established with Babyland, and delivers a suite of elegant synthpop tunes which, while exquisitely developed, never forsake their emotional cores and gravity.

We’re sure some folks will be surprised by Dan’s shift to unabashed synthpop, but we’re equally sure they’ll be equally surprised by how smoothly that shift’s been accomplished. In reality, though, you could see this coming: the last few Babyland releases featured softer, more melodic numbers that channeled that band’s anthemic, stand-up-and-be-counted ethos into interpersonal relationships. Songs like “LMYA”, “Gehry”, and “Search And Rescue” can certainly be seen as the pre-cursors to Continues, both in their music and their lyrics. Still, even having heard the 7″ release of “Love on the Run” probably isn’t enough to prepare most folks for exactly how straight a synthpop album Continues is. Dan has been touting this record as “synthesizer popular”, and the man didn’t lie. This is some luxuriant, impassioned stuff in the classic style of Architecture & Morality and Low-Life.

If viewed purely from the standpoint of how it’s constructed, Continues trades heavily in mid-tempo tracks that rely more on harmonics than the bleepy melodic hooks isolated in the mix trademarked by early Mode or Erasure. More so than anything else (and perhaps inevitably considering its unmistakable quality) it’s Gatto’s voice that defines each song, from end to end. From time to time, as on the bridge of stellar latter-half track “September”, his voice adopts the role of the lead instrument which would normally be held by synths, taking on a keening, wordless refrain.

While never overbearingly somber, Continues‘ walks through melancholy pastures without ever straying into Gloom County. That doleful mood is forestalled, however, for the sake of opener “Lost Life”, a joyously defiant and bouncy cut which establishes a middle ground between Dan’s previous project (at least in mood) and the new territory he journeys into. Lest you think that the downcast tone of the majority of the record makes for limp or milquetoast sad bastard music, though, rest assured that Continues doesn’t. Look no further than “Reception”, whose tightly sequenced bassline builds tension even as the song unwinds, deftly adding and shedding rhythmic cues in a fashion that’s anything but meandering. That immediacy holds up throughout the record. Regardless of subject matter or tone, each song is still built with sharply defined edges, and for all their lushness they’re still well-defined.

All the well-intentioned, well-structured synthpop in the world doesn’t amount to a hill of beans if you aren’t bringing quality music to the table, though, and Lord knows we’ve sat through enough A Different Drum samplers to know exactly how far polish and nothing else will get you. Then again, this is Dan Gatto, the man who delivered no small number of catchy and inspired pop tunes to the kids of 924 Gilman and The Smell for decades under the rubric of “industrial junk-punk”. Check the aforementioned “September”: it’s a slow-burner that sets the stage for itself with some exquisite synth runs before Dan’s vocals grab the brass ring with the sort of emotional power that put synthpop on the map in the first place. Ditto for “Love on the Run”; even after a year of hearing this song it still resonates with an intensity that belies its tenderness; reprised here with a slightly rougher vocal take that recalls our introduction to it live, it’s that rarest of pre-album tracks that gains new traction in the progression of an album.

It’s natural, when listening to the first solo efforts from a member of a storied songwriting team to wonder how they’d have fared as products of that creative union. Strangely, after two weeks of listening we’ve never really wondered how any of Continues‘ songs might have sounded had Babyland recorded them. While undoubtedly shaped by Gatto’s near two decades in that act, Continues debuts as a fully-formed entity. Some artists never escape the shadow of their previous accomplishments, not because they don’t have the talent, but because they lack the drive to follow their muses, or the conviction to carry them out. That’s emphatically not the case here. You’ll love this record if you like New Order, OMD, or Book of Love. You’ll love this record if Babyland was ever anything more than some fun cathartic noise to you. But more importantly, you’ll love it if above all else, you want music to be honest, to be real, to matter. 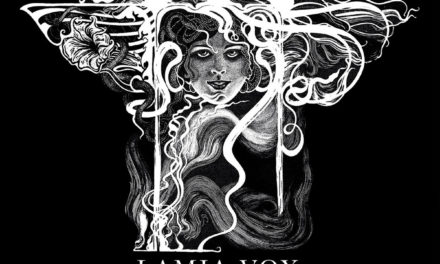