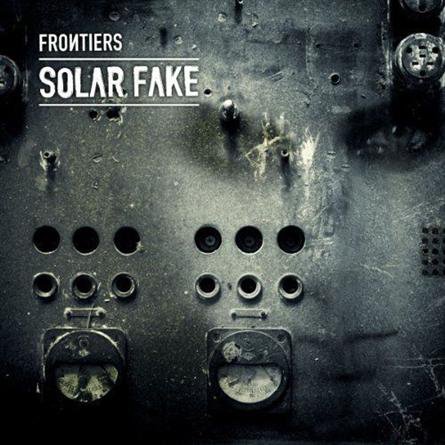 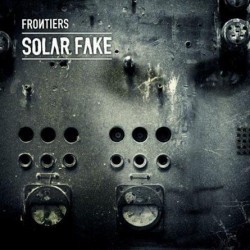 Solar Fake mainman Sven Friedrich has a pedigree stretching well beyond his current project. Between his time in gothic metal band Dreadful Shadows and alt rock outfit Zeraphine, Friedrich’s been a mainstay on the Euro festival circuit for well over a decade. But, while he’s had plenty of time to hone his songcrafting chops, his name is likely unfamiliar to most clubgoers in North America. That could change with the sophomore LP from his newest project.

Tasteful. That’s the word that comes to mind when listening to Frontiers, a record that strikes a pleasant balance between futurepop and dark electro. At times it recalls the arch yet insular feel of classic Dust of Basement records, as on lead track “Under The Skies“, but it also has no problems trading in more aggressive fare. “Parasites” and “Such A Shame” recall Daniel Myer’s recent dynamic dancefloor concoctions with Destroid (Solar Fake have played with Haujobb in the past, and Friedrich recently joined Destroid onstage to help out with a couple classics), and deliver the goods.

While there isn’t much here in terms of structure or sonics that will come as a surprise to those familiar with the genres in play, Frontiers is a well-sculpted listen which should appeal to those with an ear for detail. Moreover, Friedrich’s experience with genres which (let’s face it) often hold vocalists to a higher technical standard serves Frontiers well, and he’s able to switch from restrained croon to full-on growling with aplomb. The mixing on the record acknowledges the strength of his voice as an instrument and rightfully places it front and center for much of its duration.

Frontiers builds on Solar Fake’s solid enough debut Broken Grid, offering far more refined and original programming (though some tracks, like “The Rising Doubt”, are still susceptible to presets). While it’s certainly not going to reinvent the wheel, it delivers an excellent clutch of tunes and a showcase for an accomplished vocalist. 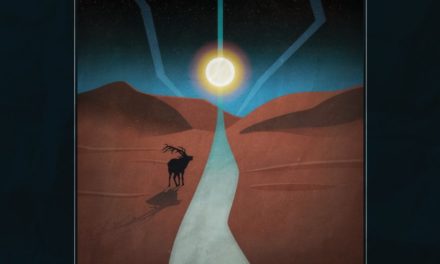