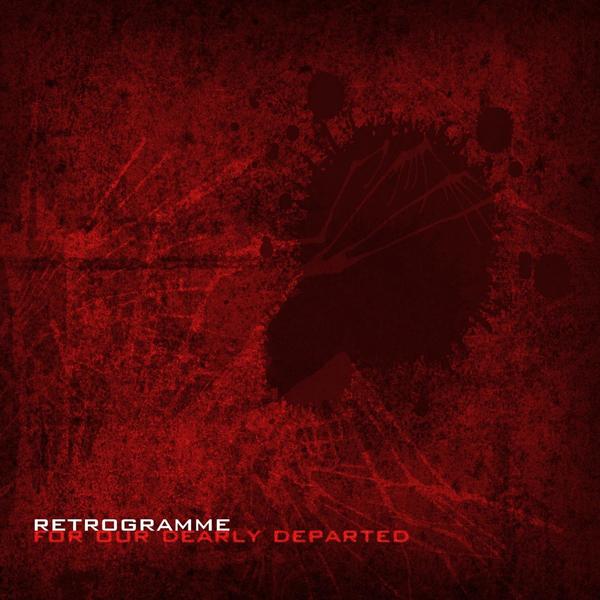 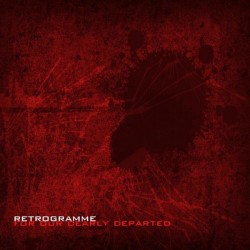 Retrogramme first popped up on our radar with their smoking remix of the title track from The Present Moment’s The High Road. A heavily beefed up bit of work, it added some phased, dark electro textures, some classic synthpop leads, and a killer dance arrangement, all of which conspired to elevate the melody at the core of Scott Milton’s original. That variety of sounds serves as a good primer to For Our Dearly Departed, the Washington DC act’s sophomore LP.

For Our Dearly Departed often feels more like a showcase or scratchpad than an LP per se, and not just due its short running time. This isn’t to suggest that the songs don’t feel fleshed out, but rather that there’s little connecting them on the first few passes apart from an urge to play with the sounds of multiple genres, picking up and dropping them with whimsy. After the jungle-beat-with-lullaby-melody of opener “Save Without A Grudge”, the listener’s dropped into “Patricia”, a wet and squelchy electro workout.

As those juxtapositions keep coming, it’s a bit tempting to be cheap and simply run down a checklist of the moods and genres Retrogramme are perfectly capable of executing at the drop of a hat (as when they weave IDMish breaks through familiar modern synthpop moves on “My Advice”), but that’s doing a disservice to the songs and structures underneath those signifiers, which are generally strong. “Heaven Is Closer Than You Think” initially seems to stagger under the weight of its slamming, early 90s techno feel and heavy dollops of overdriven guitar, but manages to hold it aloft and race across the finish line, buoyed by some gorgeous pads and understated but on the mark vocals from new member Dima Pavlovsky, also of Selfish Boy. It’s a great piece of work in which all of the elements Retrogramme bring to the table unite and flow in service of something larger than their sum.

At eight tracks and forty minutes, For Our Dearly Departed isn’t quite too short to stand on its own, but the remixes and bonus tracks bundled with it can’t hurt. While there is a thin dubstep remix of “Patricia” which borrows the structure of the wobble-by-numbers offenders we’re used to hearing, but without the weight or punch, the others fare better: a subtle, bleepy readjustment of “My Advice”, and a great dark and stompy interpretation of non-album cut “Share The Cancer”.

Between the variety of genre motifs and abrupt mood shifts, it can be difficult to remember that each track on For Our Dearly Departed is coming from the same band, let alone the same LP. That’s not inherently a bad thing, though, and its quirky, screwball mix of crunchy electro, synthpop and IDM touches holds up.