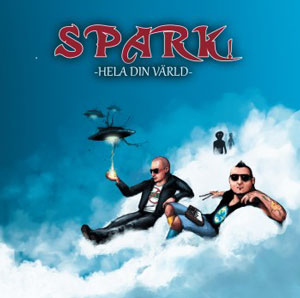 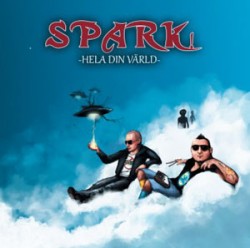 The existence of a school of electronic body music that dwells entirely within a heartland bordered by Alles Ist Gut in the North and Showtime in the South indicates a few things; chiefly that EBM has accumulated enough history that some folks would like to disregard large swathes of it. Much like spirit of ’83 hardcore and NY boom-bap, that can lead to a lot of boring music from artists more concerned with questions of authenticity and staunch adherence to form rather than, you know, making good records. That’s where a band like SPARK! comes in. Although they’re most certainly associated with the new oldschool/anhalt crowd by virtue of their more conservative initial releases, they’ve been progressively pushing things into intriguing new directions for a while now, culminating in the release of their new long player Hela Din Värld, a record with an elastic take on EBM that nods to the roots scene even as it leaves it behind.

An immediately noticeable way in which SPARK! are setting themselves apart is in the vocals of singer Stefan Brorsson. Rather than the de facto chants and growls of the majority of the muscle and hate crowd, Brorsson favours a warbling croon that accents Hela Din Värld‘s overtures to synth and electropop. The latter concern is essential to the record, which relies on its juxtaposition with EBM’s aggressive tendencies as on “Genom Stormen”, a bracers n’ combat boots stomper tempered with a pleading refrain. “Skal!” hinges equally on that contrast, its bassline ascending from menace to a bubbly melody as the song climaxes.

Initially released in the Spring of 2011, “Popkomplex” has proven to be a fairly accurate philosophical precursor of the album if not totally typical of its sound. It’s the most obviously accessible song on the whole record, a simple lead and toy piano intro that acknowledge the appeal of commercial pop even as the lyrics lambast it for its lack of imagination. Okay, so making a pop song about how most pop music is unambitious isn’t exactly KLF level musical trolling, but it’s still a ridiculously catchy track (reminiscent of, I kid you not, 90s eurodance), meta-commentary be damned. With the possible exception of the bouncy “Karlekskarusell” the proceedings don’t get quite so broad again: SPARK! seem fully aware of how far they can push that particular gag without it becoming cloying.

The central conceit of being a new old-schooler’s pop EBM album (no trance allusions here!) could have fallen flat had Hela Din Värld not arrived replete with a variety of subtle and unexpected production touches. Writer/programmer Mattias Ziessow’s deft touch is clear from the outset as he deploys choral sounds and a synth horn solo on “Doden Och Jag”, appropriate bits of filigree for a song that begins with a sample of Death from The Seventh Seal. Witness also the brief bass guitar breakdown in the title track and the drum rolls at the beginning of the anthemic “Hugg Det I Sten”: neither track requires ornamentation to make their point, but both benefit hugely from it.

Although I hesitate to draw the comparison simply because they don’t sound terribly similar, there’s something very And One-like in Spark!’s exploration of the neutral zone between EBM and electropop. Much like Naghavi and company’s more successful efforts, Ziessow and Brorsson aren’t just adding “more stuff” to the minimal EBM framework, they’re weaving new elements into its fabric, changing its form as they do. It’s a neat trick, and one that becomes more apparent the more you listen to Hela Din Värld. To whit, the album is easy to like on the first pass, although the reason why might not be immediately apparent. That’s a remarkable trait for a record with its pedigree – who would have expected such a sophisticated sense of popcraft to be put in the service of shaking up traditionalist electronic body music? SPARK! are just full of surprises. 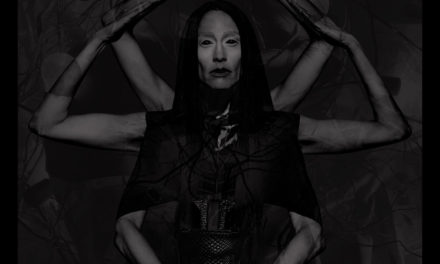 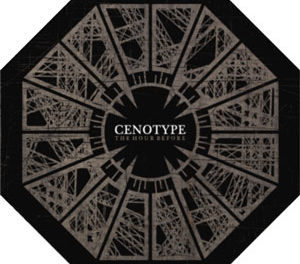