Man, we are under the hammer review-wise. Seriously, it’s a friggin’ industrial new release jamboroo out here, and as self-proclaimed authorities on this nonsense we’re trying to make sure we get something up about as many of these albums as we can. Of course five days of reviews is a little silly even for us, so before sitting down to argue for like three hours about the new Skinny Puppy (just kidding, we both like it, look for the review tomorrow) we thought we’d steal a moment to talk about some newish non-album stuff we’re feeling. By the way, this is the first time we’ve co-written one of these posts, see if you can spot which senior staffer wrote about which song by picking out their trademark idioms!

Kite, “I Just Wanna Feel”
Man, I listen to a lot of music for this website. I mean, I listen to a lot of music anyways, but I specifically try to check out as much new stuff relating to our amorphous goth/industrial/synthpop mandate as possible. Even then, a lot of stuff slips under my radar, either for lack of availability (for the record, we don’t review anything we haven’t either paid for, pre-ordered, found legit streaming versions of or received directly from an artist or label) or just plain not having the mental bandwidth to take on. Kite’s recent IV EP is one of those releases, and I feel like a dick for not knowing how dope it is. This is on some of that seriously emotive electropop style, comparable perhaps to the recent album from Henric De La Cour (a former bandmate of Kite’s Christian Berg in both Yvonne and Strip Music) or pre-Silent Shout The Knife.

Cervello Elettronico, “Descension”
New York DJ and all-round hilarious cat Snarf is celebrating the launch of his new SquareWāv label with a single from his always awesome Cervello Elettronico project. “Descension” is classic CE, a well-paced, simple lead which just keeps grinding and builing. There are a limited number of free downloads of the 3-track single available on the CE Bandcamp, so grab it now!

Architect, “Glazart (Demo)”
Daniel Myer doesn’t sleep. Or if he does, it’s for one hour intervals between producing some of the best electronic music on the planet, regardless of genre. Not content with prepping Haujobb’s eagerly awaited New World March LP, Myer’s also working on a new Architect record. 2010’s Consume Adapt Create expanded Architect’s palette far beyond the project’s breaks-heavy origins and was one of that year’s best releases. On this track, Architect gets pushed into even broader territory with the emergence of a fantastically layered symphonic arrangement. Oh yeah, Myer’s said that this isn’t even going to be on the as yet untitled record. If this is the stuff which isn’t making the cut, we shudder at the thought of how killer the actual album will be.
Architect – Glazart (Demo) by dmyer

Comaduster, “Foam Abattoir (Comaduster remix mess)”
Do you know Comaduster? Shamefully, we didn’t until recently when honorary ID:UD staffer Dawn K hipped us to his incredibly complex work that spans drum n’ bass, IDM and industrial textures. We aren’t big fans of the current craze for all things dubstep (although both senior staffers loved the spacey music of Burial that this song bears a slight resemblance to) but when it’s approached with a touch as deft as the one Réal Cardinal uses here, it’s ridiculously effective. You can snatch this one up on a pay what you want model from his Bandcamp. Don’t sleep! 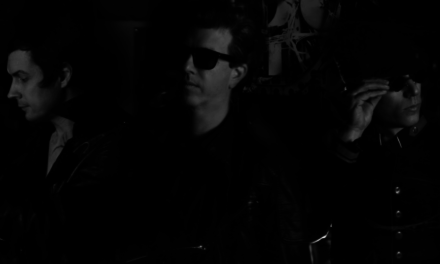