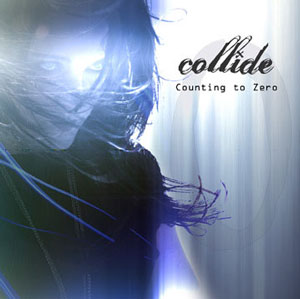 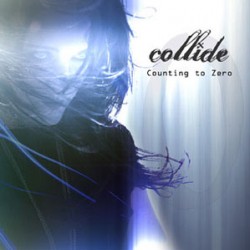 Yeah, that’s right, I’m abusing Tennyson’s trochaic octameter as an intro. Whatever, the point is that it’s autumn, the perfect time to slip into a new Collide record. It’s somewhat remarkable that this is only Collide’s fifth proper studio LP when they’ve been such a fixture in the dark music scene for so long – it’s been 15 years since their debut LP, Beneath The Skin. But, before anything else, they’re an act known for painstaking craftsmanship when it comes to the most minute aspects of their compositions’ production and atmosphere (as Alex said, check Statik’s credits in the major music industry), a calling which certainly accounts for the time it takes to properly assemble albums as layered as Collide’s.

It’s that slavish devotion to perfection when it comes to texture which has prompted me in the past to use Curve as a first point of comparison when trying to describe Collide. In fact, your intrepid reporter would like to note that he went on record (in traditional dead-tree media, no less!) as calling Collide “the post-apocalyptic inheritors of Curve’s legacy, dipped in shiny black paint and slinkier than a Slinky” several years before their first collaborations with Curve’s Dean Garcia. That comparison may no longer be as useful as it once was, however. As Counting To Zero indicates, things have changed over the years in Collide-land. There’s a subdued feel to the new record, and I mean that in the best way; while not relying on the sonic extremities and oodles of overdrive-laden guitar of their early work, songs like the spacey title track and penultimate “Slow Down” are as evocative as anything Collide has done.

Much of Counting To Zero, especially its first half, builds upon the swampy, loungey feel of 2008’s Two-Headed Monster. It’s an ingredient which has always been present in Collide’s gumbo (good work, Bruce – swamp and gumbo – keep torturing that analogy), but has come more to the forefront the longer it’s been simmering (nailed it!). It’s a good look for Statik and KaRIN, feeling very much like a natural evolution away from their noisier days. Collide’s music has always been “deep”, however one wants to take that term (the trip-hop elements of their sound, for example, are still in full effect), and it’s encouraging to see them finding new ways to stay true to and explore the particular combination of mystique and virtuosity which has made them such an endearing and enduring force for all these years.

Buy it. (Plug: I’ve purchased the bulk of Collide’s discography from the band’s own webstore, which they run entirely by themselves. They always have loads of bundle deals going on, they package everything with love and extra goodies, and are hands-down one of the best examples of bands delivering their stuff direct to their listeners in these wild and woolly days of contemporary record buying. If yr thinking of copping Counting To Zero or anything else by Collide, do so straight from the source. You’ll be glad you did.) 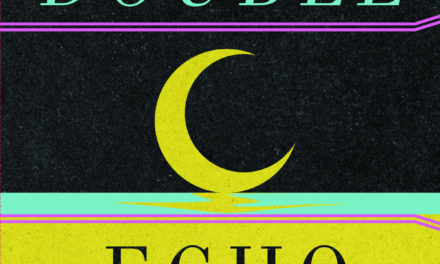