An Interview With Matt Of Encephalon 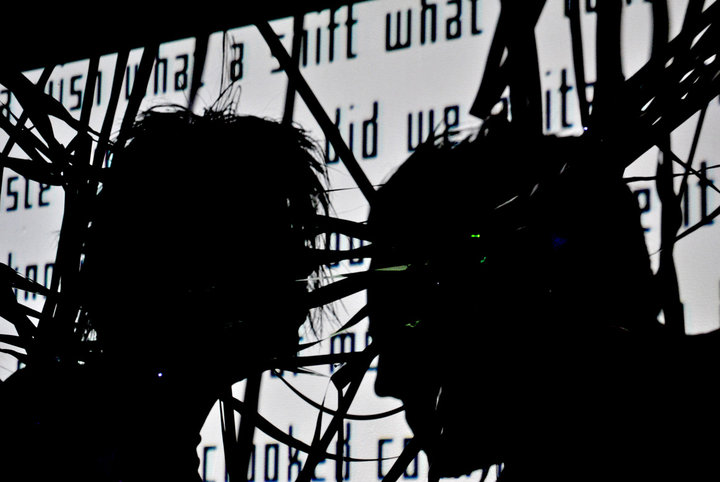 “I’m not even sure we have reached a level of civility as a species to safely evolve to another state of being, but in the meantime I’d dig some Robocop-style body mods whenever that’s ready.”

As you might surmise from the name of their forthcoming debut album The Transhuman Condition (out on Dependent on October 28th, preview it here), technology and the future are both topics that interest Ottawa’s Encephalon. Active for five years, the trio composed of Sam Mainer, Alis Alias and fronted by Matt Gifford have made their name via a number of high-profile compilation appearances and their visuals-heavy live show, eschewing the release of a full length in favor of developing their melodic take on electro-industrial. With the album release only a few weeks away, Matt took the time to talk to I Die: You Die about transhumanism, the Canadian industrial tradition and how to musically keep an eye pointed to the future. 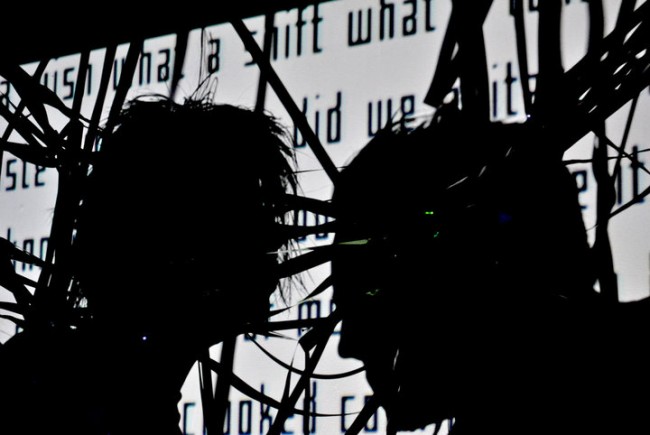 ID:UD: Industrial music’s always had a nuanced relationship with technology and its impingement upon human subjectivity, exploring both the boons and pitfalls of technoscience. The transhumanist movement, however, often has a specifically utopian aspect to its goals and rhetoric. What are your own attitudes towards transhumanism, and are those reflected in “The Transhuman Condition”?

Matt: When it comes to philosophy I try to keep my mind open to lots of possibilities and am slow to jump to conclusions. I’m into a lot of aspects of transhumanism such as life extension, downloading our memories to databases, living through machines and exploring the possibilities of immortality. I have serious doubts that the technology will be available to me in my lifetime. I’m not even sure we have reached a level of civility as a species to safely evolve to another state of being, but in the meantime I’d dig some Robocop-style body mods whenever that’s ready.

Transhumanism is most obviously addressed in the title track which contains samples from philosopher FM-2030 discussing various life-extension technologies. And it contains my own somewhat fantastical prediction of all mankind’s consciousness being united to form an eternal hive mind as individual egos die and our third eye connects us to one all-seeing vision.

ID:UD: Additionally, we’ve gathered that this is something of a concept record, at least with regards to the themes it addresses. Where did that come from, and how do you balance creating a cohesive album while composing individual songs?

Matt: Ha-ha! I think the concept was the last thing we addressed although it was there from the beginning. Our sound design and lyrics always contained some type of scientific or sci-fi element to them (Our first recorded song “Teenage Hitman” contains lyrics ripped straight from a medical dictionary!) mixed with psychedelic imagery and this album was no different. When we were picking the final tracklist for the album I found that we still needed one big club song, so I wrote the title track to fill that void and made the lyrics tie the rest of the themes together as much as possible. 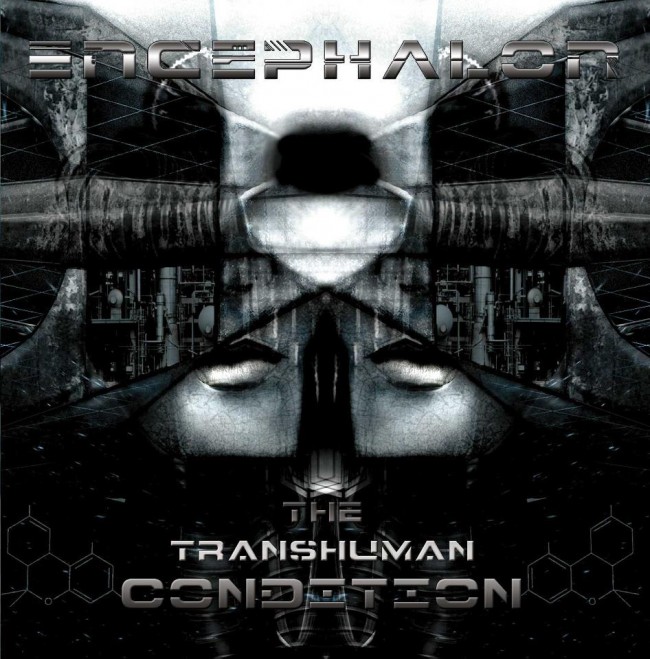 ID:UD: The previews we’ve heard of The Transhuman Condition show a strong dynamic between clean and processed vocals, whereas your debut EP, Drowner, almost exclusively featured processed vocals. What led to that shift?

Matt: I think a lot of it has to do with playing live. I have had my share of issues with complex vocal chains and after saying “fuck it, I’ll do it clean” so many times I started to prefer the cleaner vocals. So while we still do a lot of vocoding and processing on the vocals, it is treated more like another synth in the studio with a cleaner lead vocal on top. Lately when we play live, Sam does the vocoded parts with myself and Alis doing the clean parts.

ID:UD: The new album features a re-recording of “Rise”, possibly your best known track up until this point. Did you want to re-assert yourselves and your material when moving from a self-released EP to working with a label with a large audience?

Matt: Yeah, pretty much. “Rise” is the only song from Drowner that we re-used, but it’s a new production/mix done by Krischan Wesenberg (Rotersand) and I think it is the best version to date. Seeing as how it had never officially been released on CD in Europe I thought it should have a proper world wide release.

ID:UD: The production quality from what we’ve heard so far shows a lot of polish. Was this part of a new approach to recording or a product of new creative collaborations?

Matt: The possibilities constantly evolve with the music technology but we always strive to attain the highest production quality possible. We spent a long time on all of the tracks and most received facelifts along the way. In addition to “Rise”, Krischan also worked on “Daylight”. “Face First” is a collaboration between Fractured, Famine, and Encephalon but aside from that all tracks were worked on exclusively by Sam and myself.

ID:UD: Encephalon has been active for over half a decade, but your output has been very measured up to this point. How has that history affected the genesis of your first album? Was The Transhuman Condition your first conscious attempt at a full length?

Matt: I think this album will be much more coherent than if we had released a full length years ago. We have had time to develop our own style and put forth our best efforts on each track. And yes, I think it was the first conscious attempt at a full length as up until then we had mostly been trying to write all catchy club songs, but this time there are some tracks that you really have to spend time with to fully absorb.

ID:UD: How did signing with Dependent come about?

Matt: We were fans of the label before we even started the band and it was always our hope to release with them. We lucked out when Stefan Herwig heard our first demo and within months of the inception of the band they released “Responder” on Septic VI in 2006. We were really shy of material so we kept writing but unfortunately Dependent closed down for a few years, so we released Drowner ourselves in 2009. Shortly after that Dependent opened up again and the first thing I did was send all our remaining material to Stefan, and we have been working on the release since then. 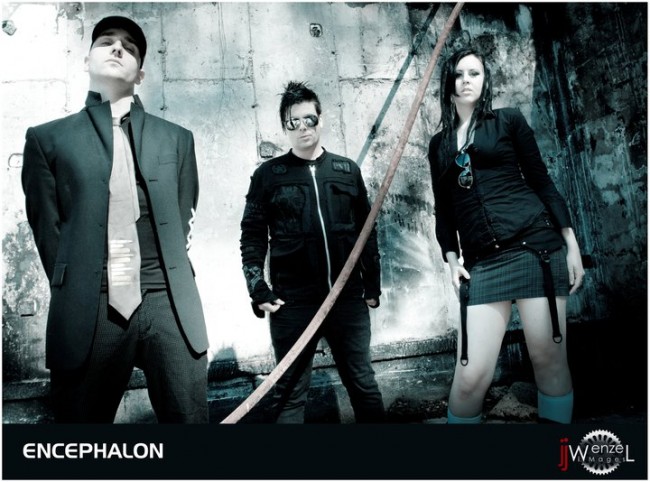 “Ain’t It Dead Yet? pretty much lived in my VCR.”

ID:UD: You guys are from Ottawa, which has one of the country’s longest standing club nights and quite a few current bands and artists. Where do you fit into that scene, and has Ottawa itself been an influence on your artistic development?

Matt: The scene here is really unique, people take the term “industrial” pretty literally so there is a big draw to the pulsing rhythmic noise and machine-rock coldwave styles. There isn’t a whole lot of tolerance for bad EBM, so we try to keep the beats hard and keep the cheese off the lyrics, but fuck fitting in anywhere. In all seriousness it’s a fun city with a lot of people who work hard to keep the scene alive.

ID:UD: In your website’s bio you make a point of positioning yourself as part of the Canadian industrial tradition. That encompasses a lot of bands and styles; what significance does that tradition hold for you and how do you approach that legacy in your music?

Matt: Well, all of us have been huge fans of Skinny Puppy and Front Line Assembly since the 90s and they continue to impress us, and I think my world view growing up was heavily shaped by Ogre’s lyrics and imagery. Ain’t It Dead Yet? pretty much lived in my VCR. So I think the classic Canadian sound was one of the early inspirations to make music, but as time passed we have absorbed many different influences and developed in our own way. But I hope we retain an element of the Canadian-electro sound that is rightfully so highly respected.

ID:UD: With the album coming out soon, what’s next on the docket for Encephalon? Is there any remix work or touring planned for the remainder of 2011 or the beginning of 2012?

Matt: We should have a few remixes showing up on some cool comps soon. As far as touring goes I would like to do some Canadian dates in early 2012. It would be sweet to tour outside of Canada if we can find a larger band to open for.

The Transhuman Condition is available in Europe on October 28th via Dependent, November 8th in North American via Artoffact.

Encephalon – The Transhuman Condition from Matt Ghostorm on Vimeo. 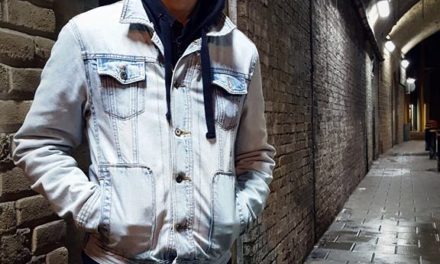 The Unbearable Lightness Of Being: Throwing Stones With Empathy Test 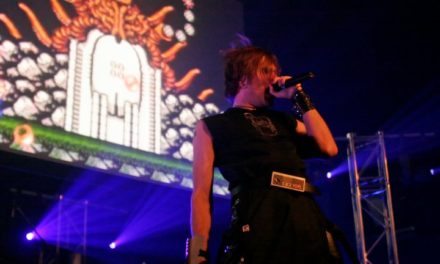 An Interview with Brian of The Gothsicles 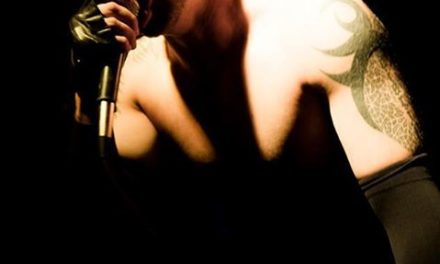 An Interview With Jamie Blacker of ESA 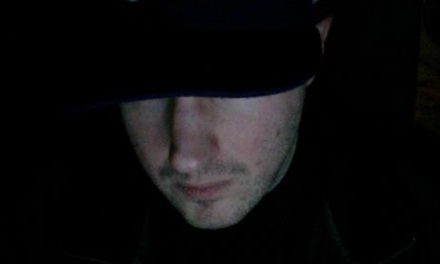 An Interview With Ben Arp of C/∆/T