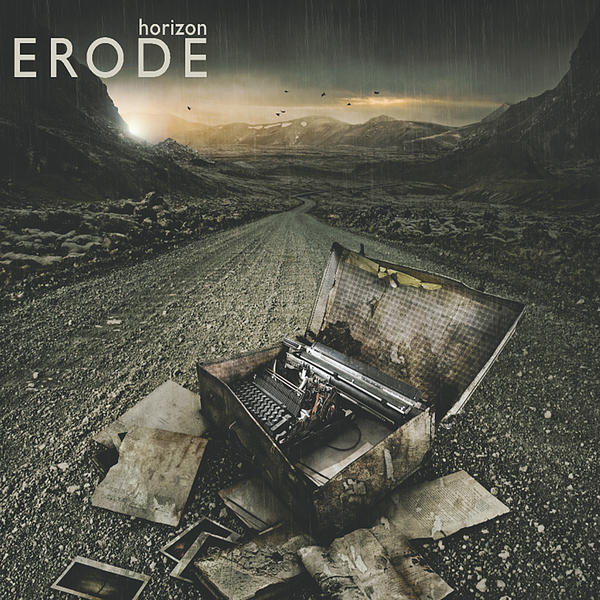 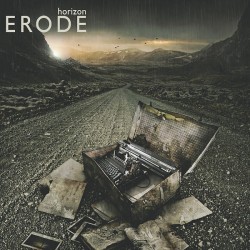 A few weeks back we crowed about a remix German metal guitarist and producer Alexander Dietz had done under the name of his new IDM project, Erode. While the source material of that mix, melodic death band Deadlock, is far more aggressive than Erode’s debut full-length, the driving blend of breaks and guitar on Dietz’s version still serves as a decent enough indicator of the blend of elements he’s aiming at on Horizon.

In spite of the apparent harshness of its component parts, there’s an airy looseness to much of Horizon which sets it apart from so much of the wonderfully abstract, futuristic technoid & IDM being released on Tympanik. While not specifically ambient, these tracks do offer the sort of “space to think” which Eno was thinking of when he coined the term; contrary to the grimy album art some of Horizon feels downright pastoral. There’s some similarity in spirit (if not structure) with, say, The KLF’s Chill Out or even the expansive post-rock bliss-fests of Lights Out Asia. (NB: I hadn’t even realised that LOA had done some remixing & comp tracks for Tympanik when I wrote that. Go figger.) “Approach” is a great example of this. The stuttering rhythm is familiar territory to anyone who’s even dabbled in IDM, but there’s something very sentimental and even reassuring about the synth washes which slowly yield to a simple, plaintive guitar melody.

Things do drift into somewhat samey territory by the end; you might be able to trim this release to six or seven tracks rather than nine, and a couple of the more standard IDM tracks (“Annoy”, “Wither”) don’t really bring anything new to the table. This may be a product of Dietz’s efforts to find his footing in territory well beyond the borders of his metal homeland (while that’s a bit of speculation on my part I wasn’t able to find any non-metal credits attributed to him prior to Erode), but it’s certainly no great sin. Horizon‘s a solid bit of work, and we hope that Dietz pushes forward on his journey.