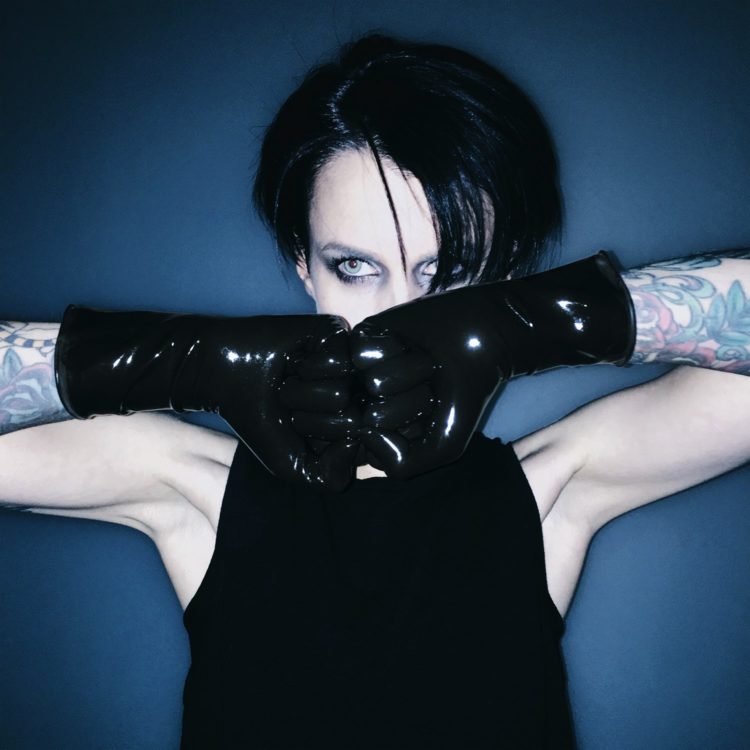 This week, Verboden makes its return after pandemic hiatus, and you’ll be seeing us at each and every show from Wednesday to Sunday. We’re obviously hyped for the line-up, and to have the festival experience right here in our own backyard, but we will of course be observing some basic masking and safety protocols. Obviously wanting to show support for live music and not wanting to get sick is a balance, and we all need to figure out where we stand with it, but everyone being cool about it will help swing things towards the better in the long run.

Leathers, “Runaway”
ACTORS member Shannon Hemmett’s electro-pop project Leathers returns with “Runaway”, the first new track since last year’s “Reckless”. Shannon’s natural charisma and understated delivery do a lot of work here, delivering a wistfully romantic song that invokes touches of popular synthwave without going full neon-Ferrari. With the project hitting festival stages this year, and the long anticipated LP in the offing we’ll certainly be hearing more about and more music from another one of Vancouver’s most-promising acts.

Snake Milk, “Darkness Mit Pommes”
Via Russia’s Oberwave Records, we’ve got something from Berlin act Snake Milk. There’s no shortage of post-punky darkwave out there, but “Darkness Mit Pommes” distinguishes itself with an easy-rolling electronic rhythm and catchy melody that works for clubs or home listening. The forthcoming release has four originals and some remixes from Gegen Mann, Morze, Unit-83 and Leo Sagrado, we’ll definitely be checking for it when it drops in June.

NNHMN, “Omen”
Berlin’s NNHMN have been around for a few years now, riding the electro-darkwave wave with a fairly dense schedule of single and EP releases. Of these, the forthcoming
For the Comfort of your Exstazy sounds the most promising yet to our ears; “Omen” forgoes some of the more obvious Boy Harsher-isms of their earlier records in favour of a straight techno groove, with some throwback supersaws in the mix. A very solid step up from an act who have been working hard to develop themselves.

Encephalon, “Echoes”
Anticipating a new Encephalon record is a special kind of fun. Each of the band’s previous LPs have been so considered and rich yet also enjoyably varied that scrying the Ottawa duo’s next direction reminds us of bygone eras in which records felt like events. While previous number “Someone Else’s Dream” had a decidedly electropop flavour, the title track of Echoes blends the project’s grand, orchestral ambitions with a galloping electro structure. It’s exactly the sort of over-the-top move that’s made them one of our most beloved acts.

Elm, “Steel Hope”
Patrick Elm of Restricted Area’s recent solo material has cut aside the broader and more melodic approach to EBM found in his earlier work. That’s very much the case with the roots approach to the genre taken on new single “Steel Hope”, though sparseness shouldn’t be mistaken for a lack of consideration. The precision and delivery of familiar bass and percussive programming does well by its influences, and each of those classic elements has real snap and kick.

Tati au Miel, “For The Sake Of Eternity And Beyond”
Having relocated to Mexico since we last checked in with them, Tati au Miel is continuing with their unique mix of experimental production. Noise, trap, and deep ambiance abut and overlap on Le monde fantastique de Tati au Miel Vol I: Dans Ma Peau. As with much of au Miel’s work, there’s an uncanny emotional punch to this piece which seems to originate from somewhere other than its component sounds.