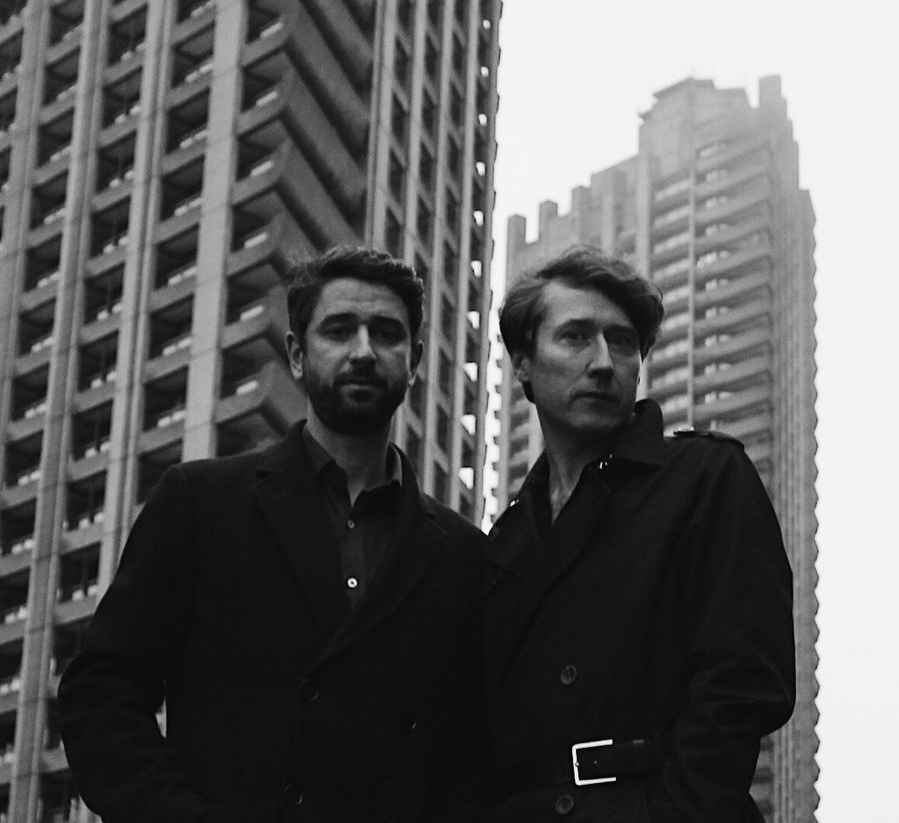 Hey there friends, Alex here. I know Bruce and I normally write these Tracks intros anonymously so as to preserve our paper thin veneer of editorial unity, but I’m writing this one as me because I want to acknowledge the excellent work Bruce has done running I Die: You Die for the better part of a month while I’ve been dealing with some real life shit. The amount of work that goes into writing, podcasting and generally keeping I Die: You Die afloat is not inconsiderable for two people, much less one, and Bruce handled it tremendously and without complaint. So please join me in offering Bruce some thanks for his efforts, as I slide myself back into the rotation here at the HQ. Someone has to write up that new Masticated Existence, right?

We presume Silent Star have strong opinions about Le Corbusier and Ultravox.

Kite, “Panic Music”
It’s been two years since the last Kite single, two years in which the incredibly emotional Swedish synthpop has been something of a rock for us here around the ID:UD HQ. Coming to us at our hour of need is “Panic Music”, an uncharacteristically tense number that speaks to uncertainty in the air: the manic pace of the claps and deep thrumming bass might not be what we normally expect from Kite, but the absolute sense of release their music has always provided couldn’t be more present on “Panic Music”. If you have a chance to see them at any of the Cold Waves dates in September, do yourself the biggest favour possible and go.

MRDTC, “Monarch (Club)”
After a number of years on hiatus, German duo MRDTC are reintroducing themselves by way of the Monarch EP, featuring three new originals in various versions and mixes. This version of the title track dresses some EBM fundamentals in sleek nightwear, but doesn’t stray too far from the essence of this sort of style. Recommended if’n you’re particular to Cryo or Restricted Area.

Silent Star, “The White Cat”
Here’s some very promising coldwave delivered up by London’s Silent Star on their debut EP, The Cross Of Stamford Hill. There’s plenty of ghostly atmosphere in the arrangement of tracks like “The White Cat”, but the duo don’t skip on hooks, either. Maybe most impressively, for a genre which often rests on a certain disaffection, there’s an arch sense of play and real personality here, with the result maybe not being too far off from The Bolshoi. After all, a band who shouts out Samuel Pepys alongside Carter USM likely knows how to have a good time.

Headless//Heartless, “Experimental”
The lo-res, completely desaturated picture of Alien Sex Fiend circa 1983 which Spokane’s Headless//Heartless are cheekily using on Bandcamp actually serves as a workable introduction to the band’s sound. There’s clear Batcave worship at work in the band’s drum machines and fog approach to early goth on their new four-track demo, but in a completely stripped down and even muscular fashion which blurs everything into pure drive and gallop.

Echoberyl, “Mother Solitude (Dissonant Goddess Extended Remix)”
Parisian darkwavers Echoberyl remind us a lot of a certain stripe of mid-90s scene electro; their club ready sound that equally favours programming and percussion along with mournful vocals putting us in mind of acts like Fiction 8 and The Azoic. Check out this new remix of last year’s club contender “Mother Solitude” from the forthcoming remix compilation for a taste of what they’re like at their most bangin’.

VVMPYRE, “Offering (ESA remix)”
We aren’t gonna front like we’re super up on Michigan act VVMPYRE, but if there’s a way to get us to take notice, offering up an ESA remix is a pretty good one. Having compared Jamie Blacker’s take on “Offering” to the original, we’re struck by the stark transformation that takes place – a slice of drum machine driven American darkwave is made over as moody, thudding electro with Blacker’s trademark rhythmic action. Hot stuff from an established property putting over a new-to-us act? Excellent.