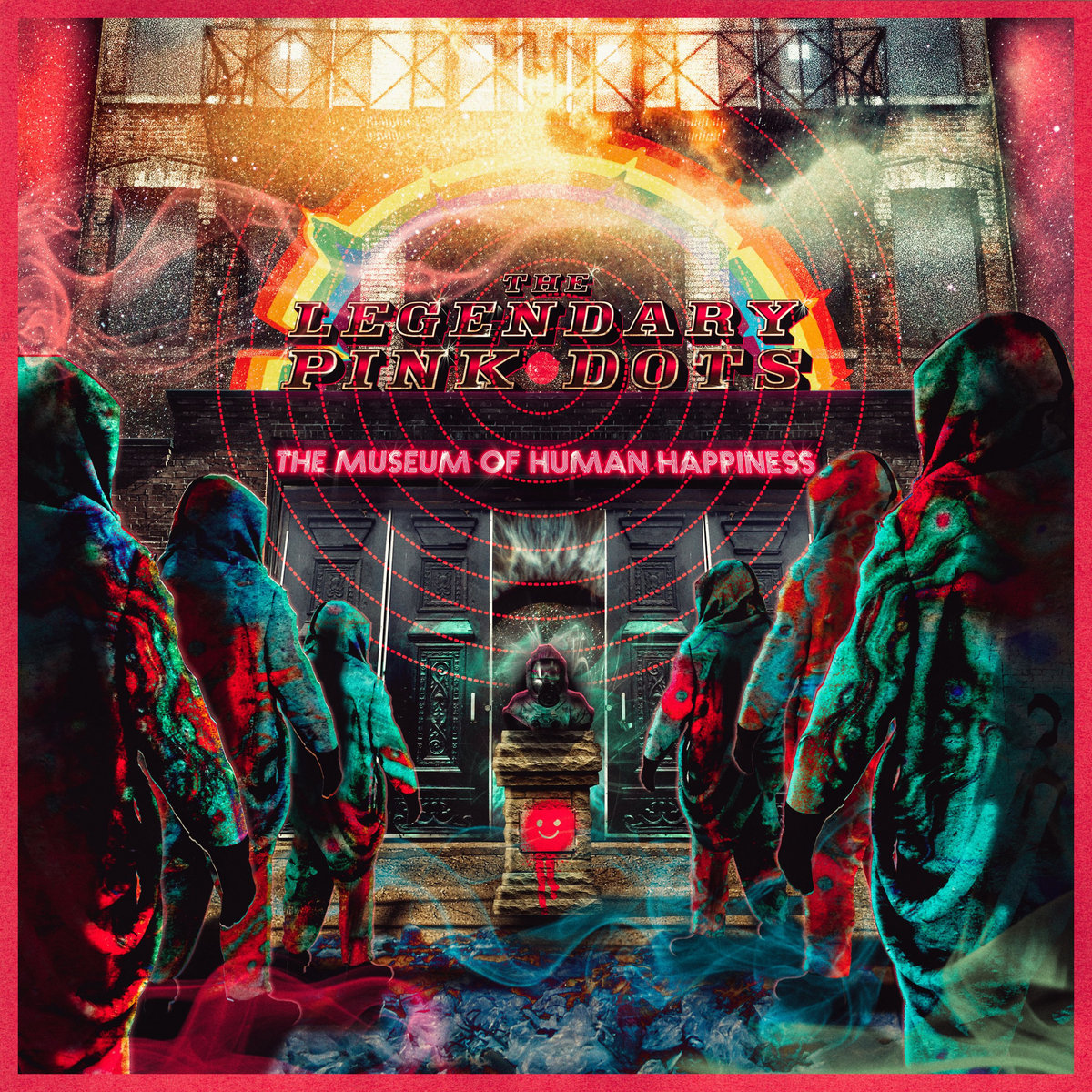 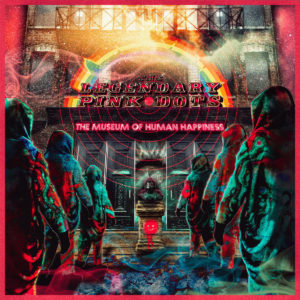 Trying to “introduce” The Legendary Pink Dots every time I sit down to write about their newest record has felt like a fool’s errand for the past decade. Their discography became a labyrinth of Borgesian dimensions long ago. They celebrated their fortieth anniversary just before the pandemic. The appellation in their name, once meant to be archly self-deprecating, became truth sometime during the Clinton administration. Contextualizing The Museum Of Human Happiness, the band’s first new LP in nearly three years, could take forever so I’ll just cut to the chase and say that I believe it to be the best LPD record in more than twenty years.

Following up that rather bold claim, it should be plainly stated that nothing on The Museum veers from the darkly psychedelic path they’ve woven to date – it’s simply that the classic moods, poetics, and sounds we’ve come expect from LPD as regular as clockwork are enlivened and refreshed here, and delivered via some of the tightest and most impressive songs the band has ever laid down. While there is plenty of the spacey drift that is key to the Dots’ DNA, most of the compositions on The Museum are laser-focused in terms of arrangement, melody, and lyrics. On “Nightingale”, the core synth programming and guitar riff are lent extra timbre and dimension via metallic industrial clatter, but the piece’s dark and seductive mystery is never lost.

Speaking of seduction, if you’re a longtime Dots fan you’re likely to hear half a dozen pieces which remind you of what first drew you into their (or The Tear Garden’s) orbit. The warm and beautifully melodic synthwork on “There Be Monsters” deserves special praise. The interplay between Edward Ka-Spel’s voice, a slow piano arpeggio, and gentle pulses of softly tactile synths are nothing short of gorgeous. Later, the classic Schulze type pentatonic melody which closes “Hands Face Space” feels as much a mocking rejoinder to the echoing synth swing which began the track as it does a tribute to the band’s influences. In truth, the record maintains such intentional and focused presence that by the time the spacious “Postcards From Home” arrives, offering a broad and dusty landscape for dubby clicks and wah-wah guitar, you’re happy to have a breather. And yet even that pensive piece feels impeccably sculpted, and in truth captures the intimate magic of a good live Dots set just as well as any other studio recording I can recall.

If lockdown possibly provided time for the band’s musical instincts to be resharpened, it also gave Ka-Spel the opportunity to hone his characteristic lyrical style, simultaneously caustically witty and cryptically evocative. Ka-Spel never loses perspective or humanity in skewering the rise of far-right populism in “Cruel Brittania”, while sampled Millwall FC chants take on the same horrific fascistic cast post-Brexit as “The Beer Barrel Polka” did in V For Vendetta. Far lighter but no less clever is the lament for early net-utopian dreams on “Cloudsurfing”.

In writing about the past few Dots releases here at I Die: You Die, we’ve often noted that the sound of the core trio of Ka-Spel, The Silverman, and Erik Drost has had a minimalist and mournful cast of late. That’s anything but the case here. Each member’s characteristic style is given full rein and uses it to the fullest, saturating each moment with as much colour as the sound can carry. On The Museum Of Human Happiness the Dots are nimble, dialed in, and downright hungry. Highly recommended.