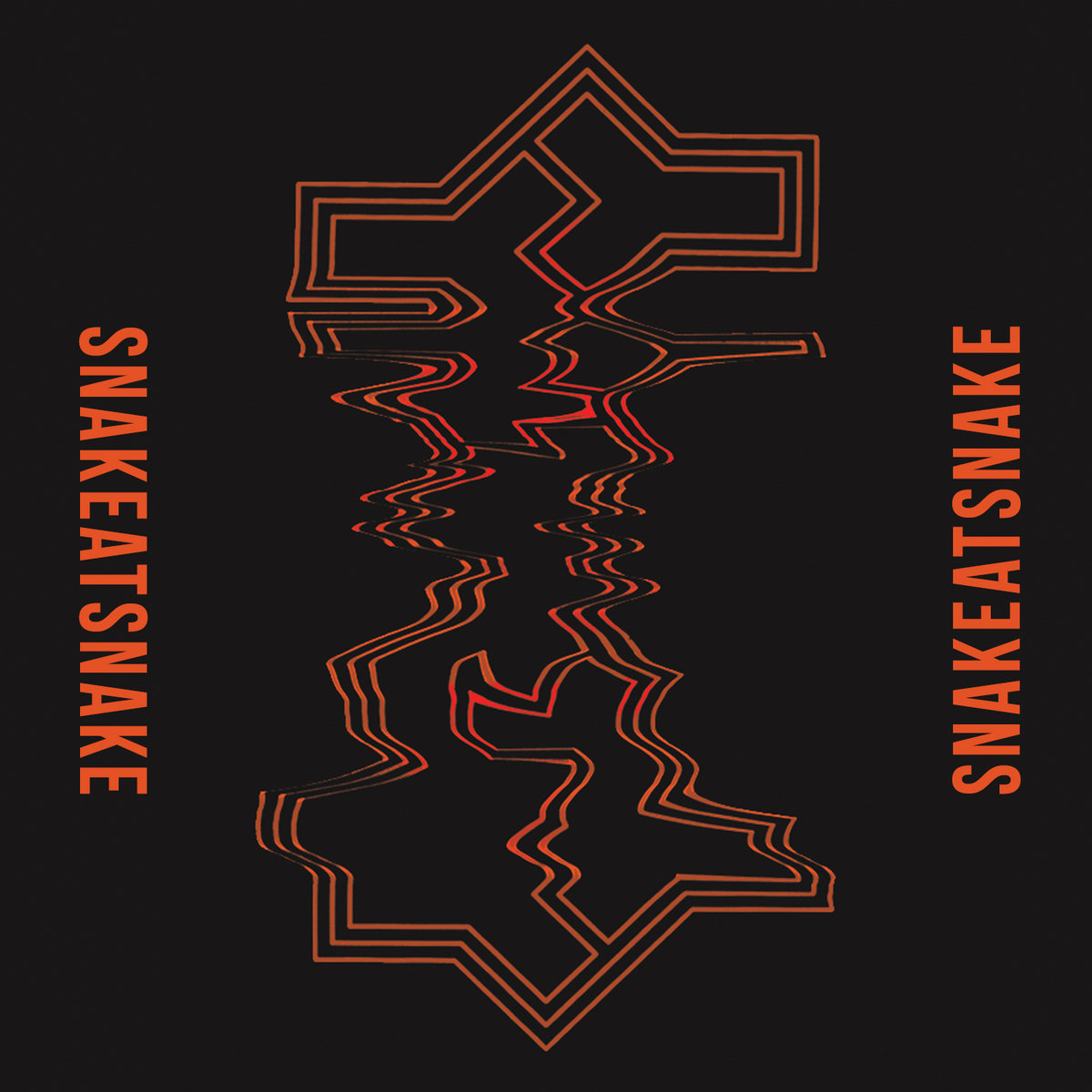 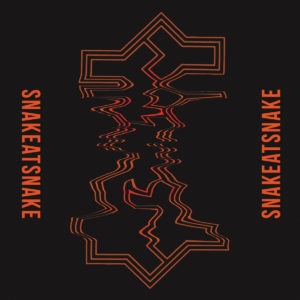 It can be hard to remember what a novelty neo-oldschool EBM was in the mid-aughts. While it took a couple of years for the DAF and Ebb worshiping sounds plied by bands associated with labels like Electric Tremor Dessau and Sigsaly Transmissions to make it across the Atlantic, there has always been a small but faithful global audience for the 16th note basslines and the sweaty physicality of the sound. While the so-called anhalt sound remained a niche within a niche, there’s always been a few producers putting their back into it, usually succeeding or failing by how committed they come across in their productions. Thus, while the self-titled LP by Bulgarian project SNAKEATSNAKE may not be long on production value or variety, it makes up for it in pure effort.

It’s notable how much of the charm here comes from keeping things lo-fi, hard-hitting and fast. Ornamenting these songs, or cleaning them up, or god forbid extending them beyond their relatively brief run-times would obscure what there is to like about them. The fun of “BLOODTHIRST” is found almost entirely in how its grinding synth bassline, crushed samples of grunting and laughter batter against one another, breaking down only to charge forward again led by plinky metallic drum hits. Similarly the repetition of “SNAKE EATS SNAKE” is its greatest strength: it’d be hard to pick any part of the instrumental out of a body music lineup, but the vigor with which its vocals and are delivered ends up selling it.

There’s even some fun, if sublimated stylistic experiments at work in certain tracks; check out the double time oi-oi rhythm and deep metal growling that makes its way into “BUNKERBLITZ”, or the dramatic organ-style synthwork and vocal manipulations that carry the climax of “ALL IS LOST”. They’re still in line with the super-trad sounds that make up the bulk of the release, but add a decent amount of flavour to the soup and helps similar songs like “SHADOWRUIN” and “CITY OF SIN” maintain a little distinctness of their own.

How entertaining you find SNAKEATSNAKE probably relies on your affection for purer strains of old school EBM, and exactly how down and dirty you like them to get. Make no mistake, this is the grimy, gritty, not ready for your local club shit (unless your local club takes place entirely in the vicinity of a Familientreffen stage). But then, there are some of us for whom sometimes a little muscle n’ hate is what’s for dinner. For those in that camp, eat up.