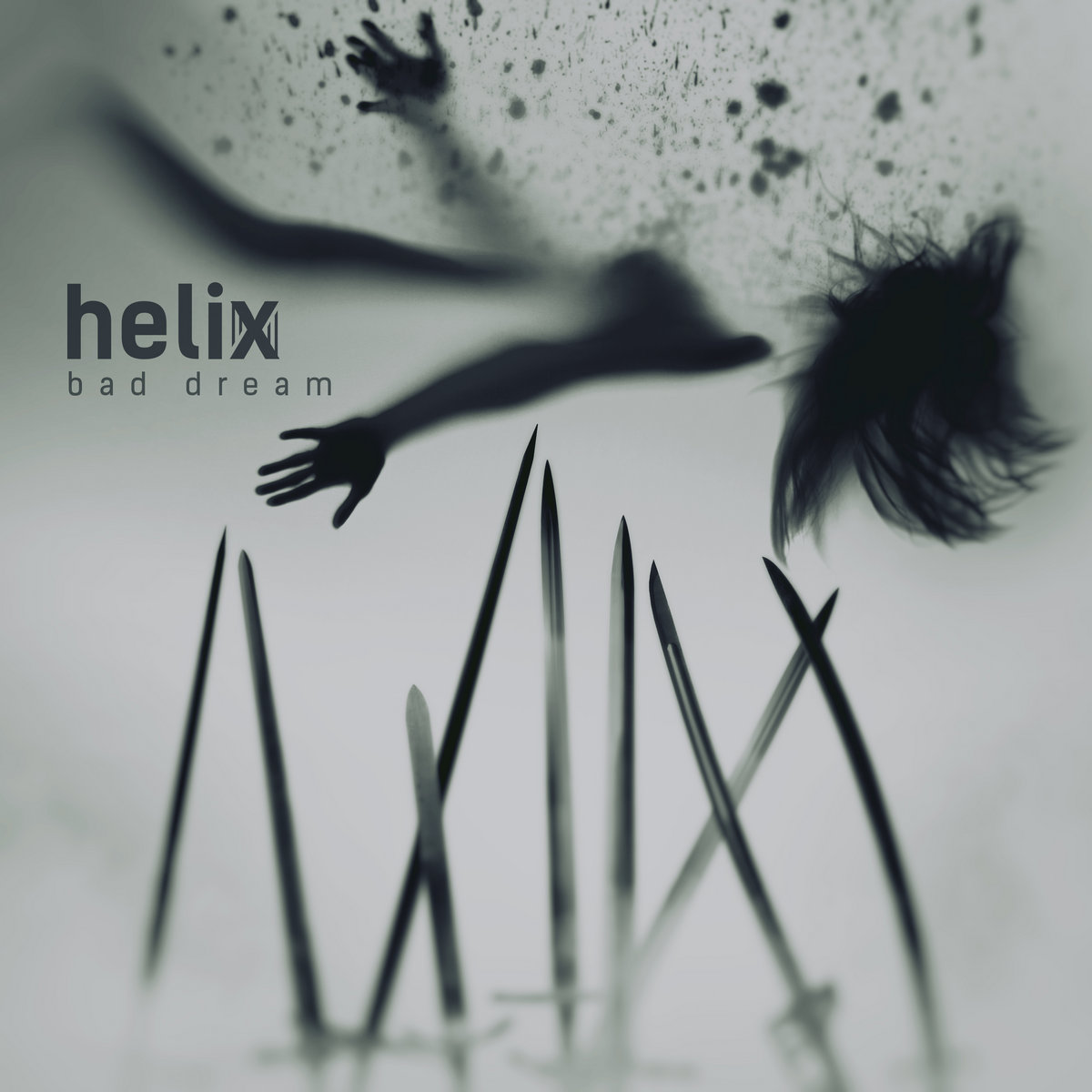 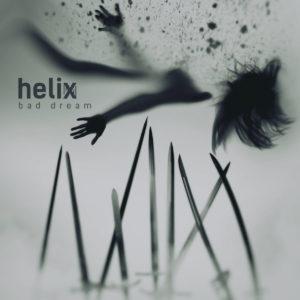 Our take on the debut LP from Mari Kattman and Tom Shear as Helix from 2018 was that it was a varied listen, and despite some less memorable moments showed the amount of musical territory the collaboration could cover. Follow-up EP Bad Dream certainly feels like the duo have dialed in on the sound of the project somewhat; while its shorter run time could account for part of the stylistic unity on display, a lot of its appeal lies in how cohesive it is without sacrificing the project’s variety in terms of genre.

Indeed, all four songs on the EP read pretty distinctly style-wise. Opener “Run” is a nice uptempo bit of club electro, filled out with lots of layers of programming and Kattman’s cool, confident delivery, but is followed by “Slip”, which picks up the dark dub sound that Helix has touched on in some of their previous compositions and remixes. “Kill the Unknown” picks the tempo back up but goes for a rawer electrified-rock type sound in terms of arrangement and instrumentation, contrasting fully with the title track’s sultry crawl. They’re all different songs but feel joined in personality: Shear’s production has a considered quality that marks it as his whether in his post-futurepop wheelhouse or further afield, and Kattman’s phrasing and delivery are easy to pick out regardless of whether she’s going big or small.

In fact, it’s Kattman who ends up being the real star of the show here as a vocalist. While Shear’s work is always executed with distinction, and the duo’s shared songwriting is solidly built up from decent hooks and melodies, Kattman is the thing that sticks with the listener across multiple trips across the EP. It’s all in how she chooses her spots – listen to how she rides the rhythm programming on the verse to “Run” before changing to a more drawn out style that matches the choruses’ pads, or the vocal runs she works into the straighter rock delivery employed on “Kill the Unknown”. They’re choices that feel very her if you’ve followed her numerous projects and guest appearances, and serve to elevate the material considerably.

If Helix’s identity is going to be based around applying their shared skillsets to a host of related but distinct styles, the EP format seems well suited to them. Even the remixes here (provided by Mesh/blackcarburning and Hallowed Hearts) support the lets-try-this-on approach, and the brevity really seems to accentuate their considerable strengths, their potency undiluted by excessive runtimes or less successful experiments. Bad Dream is an easily digestible and better, easily revisited reminder of everything Helix have to offer individually and as a whole.