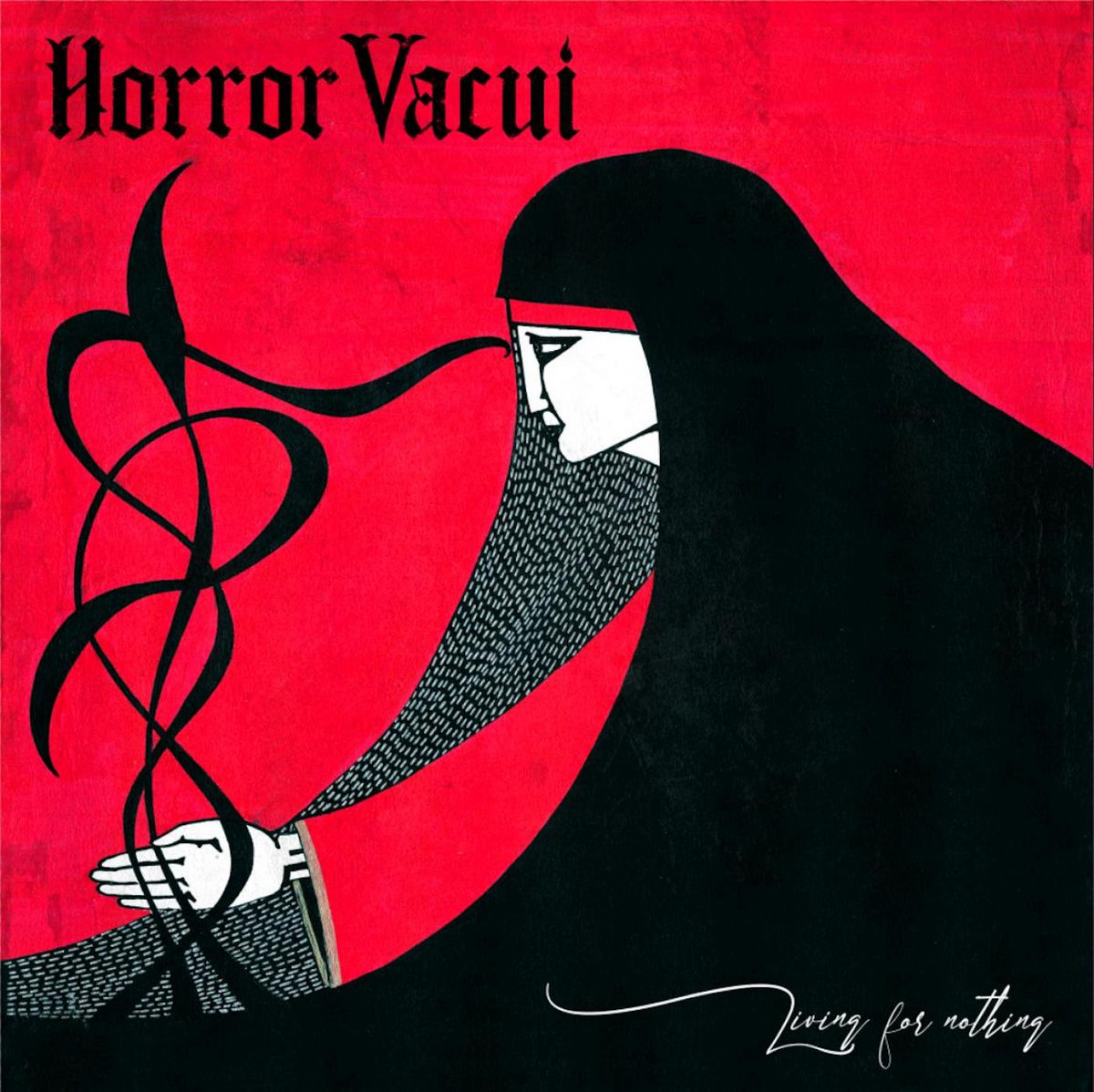 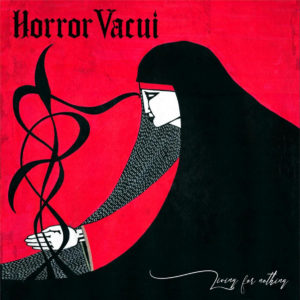 Horror Vacui
Living For Nothing
Agipunk

Horror Vacui have always had a swagger and attitude which lent classic goth rock atmosphere to their otherwise blistering crossover/deathrock sound. On paper it shouldn’t be hard to add some heavy pathos to the sorts of themes and issues anarcho/crustpunk has been dealing with for decades (I’ve always taken the band’s name to be a subtle nod to the art of Nick Blinko), but in execution maintaining gothic panache and drama within hardscrabble punk anthems is a tricky balancing act. For their fourth LP, Horror Vacui have stripped away some of the bluster and reverb, yielding an incredibly powerful and memorable goth-punk record.

Living For Nothing finds the Italian act putting melody and message up front right from the start. “Consolation Prize” gallops forward with chiming, instantly memorable drive and a combination of rage and riotous freedom in its anti-religious lyrics. It’s the first of many tracks to harmonize the band’s goth and punk interests via peace punk, much in the same way Spectres have of late.

This isn’t to say that the band’s undergone a total sea change: “Lost” and “Living In Tension” deliver plenty of classic churning deathrock, though the reverb and echo of Return Of The Empire and New Wave Of Fear is dialed back, allowing the simple melodic strengths of the tracks to shine through, and they’re all the more memorable for it. Koppa’s also begun to modulate his vocals a bit, at times moving away from his characteristic baritone bellow to find plaintive and strained tones that suit the more nuanced tracks. The album works best when all of these elements are brought together in tracks the band wouldn’t have tried to construct a couple of records ago, like closer “Unreachable” with its majestic and desperate build towards existential crisis.

Like a deathrock version of Amebix’s immortal Monolith, Living For Nothing brushes away some of the band’s noise in order to offer a clearer yet more ornate delivery, and the strength of the material backs up the potential risk of ‘going soft’. I enjoyed New Wave Of Fear well enough for its continuation of the band’s well-established brand of deathrock, but Living For Nothing far outstrips it, or any other release in the band’s catalog. Highly recommended.